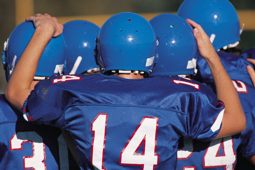 On Sunday, we celebrate the current national pastime — the Super Bowl.  In addition to dissecting the game, the pools, the fantasy projections and the commercials, the NFL wants everyone to know about the progress made in efforts to curb concussions.

The NFL announced this week that concussions for the 2013 season were reduced by 13 percent from last season and concussions caused by helmet-to-helmet hits had decreased by 23 percent.

Jeff Miller, NFL senior vice president of health and safety policy, presented injury data for the season that showed 228 diagnosed concussions during all preseason and regular-season practices and games combined, which was down from 261 such injuries in 2012.

Perhaps one reason for the decline in concussions is an advancement in player equipment, particularly the helmets.  A new study published today in the Journal of Neurosurgery found that proper helmet design can reduce the incidence of concussions in football. 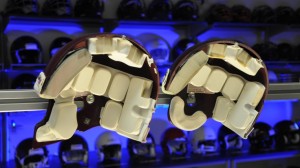 Researchers said that the newer helmet design was a significant factor. “It all depends on the way you build the shell, the type of padding you use and other factors,” study co-author Stefan Duma, a professor and head of biomedical engineering at Virginia Tech-Wake Forest University told the New York Times. “While some helmets will reduce risk more than others, no helmet can eliminate risk” entirely.

According to the Centers for Disease Control, football is the number one sport for concussions resulting in emergency room visits and traumatic brain injury.  Almost 30% of such injuries sports related injuries come from football.  Soccer is second with 16%; basketball had 15%.

Duma said that even with improvements in equipment, head injuries will continue to occur.  But the “most effective strategies are altering league rules and teaching players better techniques.”