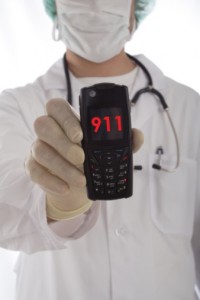 Someone is mixing together a cocktail of heroin and the cancer painkiller fentanyl, selling it on the street under the name “Theraflu,” and causing a rash of overdose deaths.  So far, 22 such deaths have been reported in six counties in Pennsylvania.

“This is pretty clearly somebody manufacturing fentanyl and selling it as heroin,” said Dr. Karl Williams, chief medical examiner in Pennsylvania’s Allegheny County, where 15 of those fentanyl-cocktail deaths occurred.

Fentanyl — most often used in the management of chronic pain including cancer pain — is about 100 times more potent than morphine, which is the base molecule in heroin. Mixing fentanyl with heroin significantly increases the effects including euphoria, drowsiness and respiratory distress.

“Together, these drugs are creating an extremely dangerous and potentially lethal combination for users,” said Kathleen G. Kane, Pennsylvania’s Attorney General. The drug stamped as Theraflu has been concentrated in Western PA and is thought to be moving its way across the state.