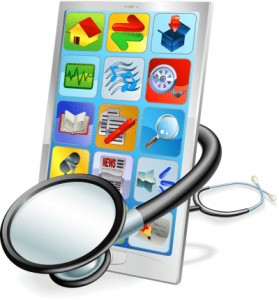 Study shows EHRs take too much of doc’s attention away from patient
Healthcare professionals were slow to adopt computers in the exam room but they’re making up for lost time now, so much so that a new study finds they may be overlooking nonverbal cues that could help them better understand and diagnose their patients’ problems. Published online in the International Journal of Medical Informatics, the study found that doctors who use electronic health records in the exam room spend about a third of their visits looking at a computer screen. (Consumer Affairs)

Pesticide exposure may lead to Alzheimer’s
Exposure to the banned pesticide DDT appears to increase a person’s risk of Alzheimer’s disease, a new study reveals. Blood drawn from a small sample of Alzheimer’s patients contained nearly four times greater levels of a DDT byproduct than blood taken from a group of healthy people, researchers found. (WebMD)

Docs don’t know much more than patients about Affordable Care Act
A new survey shows that doctors have no idea what’s going on with Obamacare. According to a QuantiaMD poll, 84% of physicians said they did not feel like they had enough information on the ACA to serve as a reliable resource to their patients, and 81% of physicians don’t feel they have enough information on the ACA to understand its impact on their practice and comply with its requirements. (Physicians News)

The VA is under fire for allowing nurses to practice without physician supervision
The Veterans Health Administration is taking heavy fire from doctor groups over a proposal to let nurses with advanced training practice medicine without physician supervision throughout the VHA system—even in states where laws require more oversight. More than 60 state and national physicians groups have signed a letter to the Department of Veterans Affairs expressing “strong concerns” that the proposed new nursing handbook would “effectively eliminate physician-led team-based care within the VHA system.” As currently drafted, the VHA policy for nurses—including nurse practitioners, nurse anesthetists, nurse midwives and clinical-nurse specialists—categorizes them as independent practitioners authorized to care for patients without direction or supervision by a doctor. (WSJ)

20 kids hospitalized every day from gun injuries
A new study published in the journal Pediatrics found that 20 children are hospitalized every day due to firearm injuries. Among young children in the U.S., gun-related injuries are among the top three causes of death.  For adolescents 15-19 years old, guns cause every 1 of 4 deaths. This current study focused on kids who “survive their immediate firearm-related injuries and go on to suffer substantial morbidity and hospitalizations,” according to the authors. (Physicians News)