Do Doctors Practice What They Preach? (Infographic)

Results from a new Medscape survey show that doctors may not practice what they preach, which can lead to a disconnected patient-physician relationship. 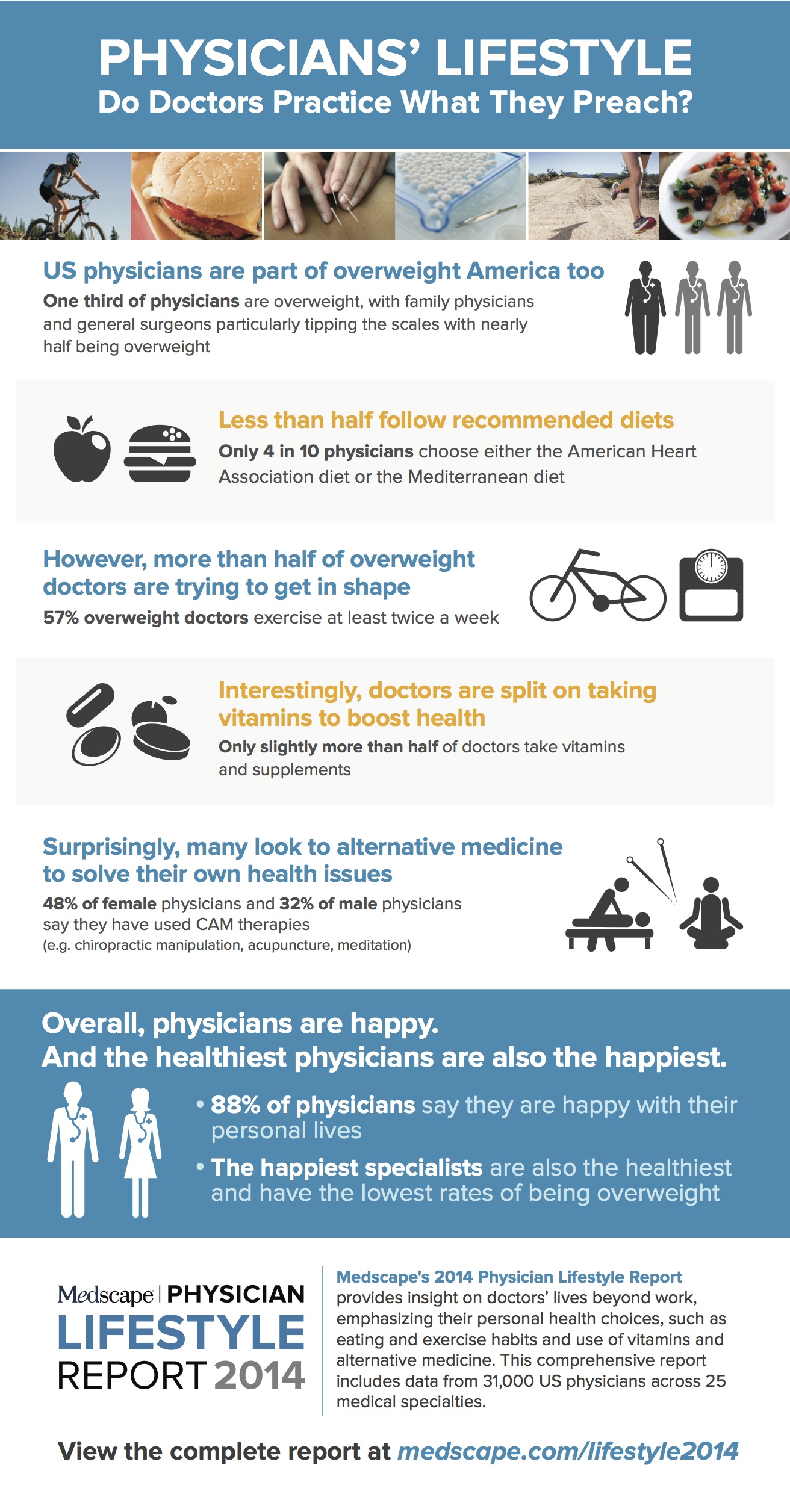