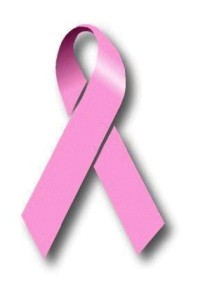 New York Times columnist Bill Keller has made himself the news for his recent remarks about the blog and Twitter feed of Lisa Bonchek Adams, who writes about her daily struggle with Stage 4 metastatic breast cancer.

Keller started off well by praising her writing, especially under the circumstances:

“She has tweeted through morphine haze and radiation burn. Even by contemporary standards of social-media self-disclosure, she is a phenomenon. (Last week she tweeted her 165,000th tweet.)”

But then he veered off path and criticized her blog as counterproductive to all of the cancer patients who may prefer a different kind of therapy or treatment:

“There is a growing appreciation of palliative care that favors the quality of the remaining life rather than endless “heroic measures” that may or may not prolong life but assure the final days are clamorous, tense and painful.”

Keller contrasts Lisa’s choices with those of his father-in-law, who died of cancer in a hospital in Britain, where, he claims, “patients are offered the option of being unplugged from everything except pain killers and allowed to slip peacefully from life.”

As for Lisa Adams, he then writes, “her aim was to buy as much time as possible to watch her three children grow up. So she is all about heroic measures.”

He’s trying to make a point that, in his opinion, one way is better than another.  He’s right, she’s not.

Keller continues to outline the positives of Lisa’s “Twitter therapy:”

But then he contradicts his own points: “Beyond that, whether her campaign has been a public service is a more complicated question.”

After the article was published, Adams shared some thoughts on Twitter:

It’s as if he thinks when they give you a metastatic breast cancer diagnosis they should lock the door after you and say bye-bye. #sowrong

@nytkeller The main thing is that I am alive. Do not write me off and make statements about how my life ends TIL IT DOES, SIR.

not the same to think about what you would do IF you were diagnosed with incurable cancer as it is to actually be living with it. trust me.

Keller concludes with this:

“As cancer experts I consulted pointed out, Adams is the standard-bearer for an approach to cancer that honors the warrior, that may raise false hopes, and that, implicitly, seems to peg patients like my father-in-law as failures.”

Keller apparently was frustrated enough with Lisa’s approach that he had to consult cancer experts to corroborate his theories.

Here’s the bottom line: There is no good way to die, or, in Lisa Adams’ case, to fight to live.  If people have a choice in the matter, then their choice is the right one for them.  If you disagree, then you can make a different decision for yourself should you, unfortunately, get the chance.  Lisa’s writings have been her choice of therapy and it’s made an awful situation a little less awful for her and her family.

I’ve had a little too much experience with this recently.  And maybe one day I’ll write about it.  If so, it will be my way of helping my family and me cope with painful, life altering events.  I won’t be concerned with a stamp of approval by Bill Keller.  And neither should Lisa Adams.  Keep on writing, Lisa.