Medicare’s Rollout in 1966 Much Smoother, Cheaper Than Obamacare 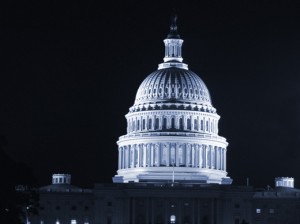 An article published today at the Health Affairs blog compares the costly and chaotic rollout the Affordable Care Act to the efficient 1966 implementation of Medicare. It finds that the ACA’s launch will cost almost seven times as much as Medicare’s.

The price tag of getting the ACA’s exchanges up and running and enrolling what the government hopes will be 7 million people in the first year of the program will exceed $6 billion, write health policy experts Drs. David Himmelstein and Steffie Woolhandler.

In contrast, when Medicare went into effect on July 1, 1966 – just 11 months after President Johnson signed it into law – it had already enrolled 19 million seniors, 99 percent of those eligible for coverage. Medicare’s overhead costs in its first year totaled just $867 million (in today’s dollars), a figure that includes both enrollment costs and the costs of processing medical bills during its start-up year. The ACA figure only reflects enrollment expenses.

Even the $867 million figure overstates Medicare’s startup costs since the program replaced several existing government programs whose overhead was eliminated. In short, Medicare’s launch was even more cost-effective than the dollar comparison suggests.

“Obamacare is a giant workaround crafted to keep private insurers at the center of the health care system,” said co-author Dr. David Himmelstein, a primary care physician, professor of public health at the City University of New York and lecturer in medicine at Harvard Medical School.

“The simple single-payer, Medicare-for-all approach would save more than $400 billion annually on bureaucracy, enough to give every American first-dollar coverage. But to get those savings you have to break private insurers’ stranglehold on health care and on Washington,” he said, adding, “The glitches in Obamacare’s rollout don’t come from government incompetence, but from political cowardice.”

The authors obtained their data from federal agencies, including the Department of Health and Human Services and the Centers for Medicare and Medicaid Services.

They review the simplicity and frugality of Medicare’s rollout, noting that simplicity was “baked in” to the single, uniform, public program, whereas complexity is “baked in” to Obamacare, due to the latter’s involvement with thousands of private insurance plans.

The authors found that today Medicare’s overhead expenses are 2 percent, in contrast to an average of 13 percent for private plans, not counting the costs associated with the new exchanges, which will add roughly 3 percent of premiums.

In contrast, “A single-payer plan that excluded private insurers could save hundreds of billions in transaction costs,” they write.

Himmelstein and Woolhandler’s research interests include a long-term study of the administrative costs of U.S. health care, particularly in comparison with Canada’s. They co-authored, with Terry Campbell, a landmark study in The New England Journal of Medicine in 2003 showing that administration consumes 31 percent of U.S. health spending, most of it waste.

The authors both teach at CUNY and Harvard Medical School, and are co-founders of Physicians for a National Health Program.

Physicians for a National Health Program is a nonprofit research and educational organization of more than 18,000 doctors who support single-payer national health insurance, an improved Medicare for all. PNHP had no role in funding or otherwise supporting the research described above.