How Do Patients Benefit With Mental Health Parity Law? 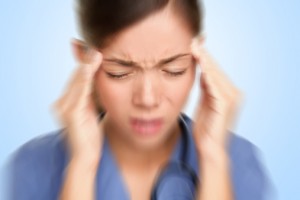 The Mental Health Parity and Addiction Equity Act of 2008 required health plans that offer mental health and substance use disorder benefits to cover them to the same extent that they cover medical/surgical benefits. Among other things, it prohibits having treatment limits or financial coverage requirements such as copayments or deductibles that are more restrictive than a plan’s medical coverage. Interim regulations issued in 2010 clarified some issues about implementing the law.

The final rules, issued last month by federal officials, spell out more specifics. I spoke with Jennifer Mathis, director of programs at the Judge David L. Bazelon Center for Mental Health Law in Washington, about the parity law and the new regulations. This transcript was condensed and edited for clarity.

Q. What issues does this final mental health parity rule address that will be important to consumers?

A. The rule offers a number of clarifications about the parity law. Some of these clarifications concern how parity requirements relate to the Affordable Care Act, and others relate to issues that were not addressed in the interim rule.

The regulation also said that services some would label as intermediate-level mental health services, including residential treatment and intensive outpatient services, are within the scope of the parity law. The regulations say they should be covered at parity. That hadn’t been clear in the interim rules.

Q. The parity law doesn’t allow quantitative differences in coverage, such as fewer office visits or higher copayments for mental health services. But what about other limits that may be harder to measure?

Q. What does it clarify about mental health coverage and the Affordable Care Act?

A. The ACA says plans can’t have annual or lifetime dollar limits on the 10 essential health benefits, one of which is mental health and substance use disorder treatment. Normally, under parity you can have those dollar limits as long as they’re at parity with medical service limits. This rule clarifies that the ACA trumps parity in this regard.

Q. Who’s affected by this rule, and by parity more broadly?

A. People who get counseling, psychotherapy, prescription drugs are likely to see the biggest benefit from these rules because those are the services that commercial health plans usually cover. And they already have benefited since the law passed in 2008. This is not a brand new set of rules, this is an update of the rules that already apply. They have benefited and will continue to benefit.

And people on the exchanges who previously had no insurance or bad insurance not only will be able to get insurance now but also insurance with mental health parity.

The ACA also applies parity requirements to insurance plans in the states that adopt the new Medicaid expansion for adults with incomes up to 138 percent of the federal poverty level ($15,856 for an individual in 2013). These regulations do not apply to those plans, but the government says that it will be issuing further guidance about how parity applies to those plans.  Parity is likely to be a very important requirement in those plans, which in many cases will cover more mental health services than are typically covered by commercial insurance plans, including services that are used by people with significant psychiatric disabilities.  Thus a wider variety of services, used by a wider group of people with mental health needs, will be subject to parity requirements.

Q. What types of health plans are covered by the rule?

A. It generally applies to both fully insured and self-funded large group plans as well as individual and small group plans sold on and off the health insurance exchanges.

Q. What if states have mandated mental health benefits of their own?

A. State parity laws that are more stringent than federal parity laws are not pre-empted. For example, some states’ parity laws require coverage of particular services or benefits on top of the federal requirements. Some states require autism coverage, for example.

Q. What about providers that don’t accept insurance. Does the parity law or this rule affect them?

A. No. That is an issue, certainly for psychiatric services. That’s becoming an increasing concern.

Q. Since the mental health parity law passed, is there any evidence that companies have dropped mental health benefits from their plans so as not to have to comply?

A. According to these regulations, a 2010 study sponsored by the department of Health and Human Services found that, since the 2010 parity regulations came out, only a small percentage of plans have dropped mental health or substance use coverage.