Patients Save Money When They Know Medical Prices 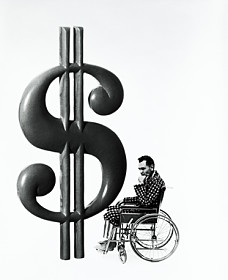 The fact that the cost of a hip replacement can ring up as $15,000 or $100,000 — depending on the hospital — makes a lot of people uncomfortable. But that’s only if they know about the wide price tag variations.

In an effort to raise awareness and rein in what can seem like the Wild West of health care, the California Public Employees’ Retirement System (CalPERS), the second largest benefits program in the country, and Anthem Blue Cross started a “reference pricing” initiative in 2011. The initiative involved a system to guide their enrollees to choose facilities where routine hip and knee replacement procedures cost less than $30,000.

Here’s how it works: The CalPERS program designated certain hospitals that met this cost threshold, and enrollees who chose among these facilities pay only the plan’s typical deductible and coinsurance up to the out-of-pocket maximum. Patients who opted for other in-network hospitals were responsible for regular cost sharing and “all allowed amounts exceeding the $30,000 threshold, which are not subject to an out-of-pocket maximum,” noted the report.

The results tallied savings of $2.8 million for CalPERS, and $300,000 in patients’ cost sharing, according to research released Thursday by the Center for Studying Health System Change for the non-profit group National Institute for Health Care Reform.

Researchers found that patients who received “intensive communication” from CalPERS were supportive of the efforts and recognized lack of price transparency in the system. The report also said enrollees were satisfied with the level of care they received when choosing facilities that met their cost threshold.

But that information has yet to reach the larger population of health consumers, said Alwyn Casill, the director of public relations for the Center for Studying Health System Change.

“There is a tremendous need to increase public awareness of this problem,” she said. “It should matter to you as someone who is paying for health care, not just for you, but for everybody.”

While the report doesn’t completely detail CalPERS’ approach to reference pricing, Casill said there is optimism that it will be a model for other insurance plans and medical systems.  But that is further limited by the narrow focus of this initiative on just two kinds of procedures — others, like MRIs and CAT scans, are also vulnerable to wide pricing disparities.

Some experts say any real success on streamlining health care costs will include the ability for consumers to understand the issue and call for change.

“The numbers are dramatic,” said Julie Schoenman, director of research and quality at the National Institute For Health Care Management Foundation, a non-profit educational organization unaffiliated with the report. “I think you really do need to have good quality measures, good transparency. And a lot of patient education.”

2013-12-09
PhysiciansNews.com
Share
Previous Is This A Fair Way To Pay Doctors?
Next E.R. Doctors Give ’12 Days of Christmas’ Tips