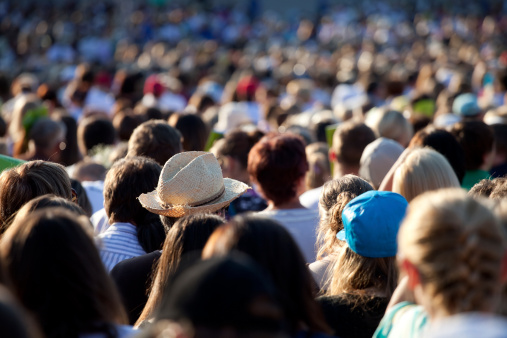 By Douglas E. Richards
Psychopaths are everywhere. Many are violent criminals but many more are not. In fact, most people are shocked to learn that 1% of us are psychopathic. That’s 1 out of 100! And while it’s true that 20% of our prison populations are comprised of psychopaths, the majority mingle freely among us. Think Bernie Madoff and Anthony Weiner, not just Hannibal Lecter. You can find them everywhere: in the office next door, at school, or while dating.

Experts use a tool called the Hare Psychopathy Checklist-Revised to diagnose this condition, looking for evidence of certain telltale behaviors. First, psychopaths are narcissistic and absolutely selfish — without conscience, empathy, or remorse. They are cold-blooded, callous, and cool under pressure. But they can also be unbelievably charming and charismatic. Smooth talkers who are never embarrassed or self-conscious, they make brilliant liars, manipulators, and con-artists.

In short, psychopaths are predators, and we are prey, and they feel as much compassion and empathy for others as wolves feel for sheep. They lie, manipulate, bully, and seduce to get what they want, caring nothing for those they trample in the process. Given these characteristics, it’s no wonder that even non-violent psychopaths leave a trail of shattered lives in their wakes. They are the unscrupulous coworker who plays the boss, takes credit for your work, and stabs you in the back with a smile. The charmer who moves in with a girlfriend, sucks her dry financially, and then cruelly spits her out and moves on.

Psychopaths are three times more prevalent among business executives than in the general population. And while no studies have been done on our political class, given that psychopaths are deceitful, narcissistic backstabbers who never take blame and don’t get embarrassed, even when caught in a bald-faced lie, it wouldn’t be terribly surprising if they were enriched among politicians as well.

As someone who writes speculative fiction driven by accurate science, in the tradition of Michael Crichton, I was intrigued to learn of research showing differences between the brains of psychopaths and non-psychopaths. Given these differences, I wondered, would it someday be possible to find the cure for this condition? And what then? Not a simple question, since psychopaths wouldn’t want to be cured, seeing themselves as superior to the rest of us, whom they view as nothing more than soft, emotional, foolishly compassionate rubes.

To learn more, I contacted Dr. Mike Koenigs, Assistant Professor of Psychiatry at the University of Wisconsin Medical School. This is a guy who goes into prisons and conducts brain scans on psychopathic murderers and rapists. I imagined prisoners being brought to Dr. Koenigs in Hannibal Lecter masks, but he quickly disabused me. Turns out the prisoners are completely unrestrained. And I was shocked to learn that Dr. Koenigs conducts the scans in a very small room, without a single guard present within. While he admitted that being alone in a confined space with a psychopathic murderer takes some getting used to (I’ll bet!), he assured me that psychopaths tend to be model prisoners, so they can get better treatment. They enroll in counseling, take classes, pretend to become born-again Christians — anything to play the system.

Research conducted by Dr. Koenigs and others has shown that psychopaths have fewer connections in the brain between the ventromedial prefrontal cortex, which is responsible for feelings like empathy and guilt, and the amygdala, which mediates fear and anxiety. They’ve also been found to have less grey matter in the area of the brain that is activated when people think about moral behavior. Damage in these areas is associated with lack of empathy, fear, and such emotions as guilt and embarrassment. And sure enough, physiologic indicators such as sweat levels and heart rate indicate that psychopaths don’t experience fear the way the rest of us do. The emotional centers of our brains light up when we see a troubling image, such as a violent assault. Not true for a psychopath.

We’re wired for empathy, for emotional connection to others, whereas they are not. We’re wired for fear and anxiety, emotions that make us think very hard about the negative consequences of risky and deceitful behaviors. They are not. These differences may explain why psychopaths often exhibit cruel and callous behaviors that are unfathomable to the rest of us.

So what can you do to identify a psychopath? (with the understanding that only an expert can truly diagnose this condition, and care should be taken not to label anyone). First, it’s important to understand how psychopaths operate, so you don’t think you’re imagining things when a charming, harmless-looking colleague acts in a more ruthless and unscrupulous manner than you could otherwise possibly imagine. And the more you know about yourself—your vulnerabilities and your potential value to whomever might attempt to use you—the better off you’ll be. Also, judge people by their actions, not their words. For example, does a romantic partner promise you riches while constantly borrowing your money? Finally, get second opinions. A psychopath who wants to use you will find a way to win you over, but may show more of his or her true self to your friends and colleagues. If you get repeated warnings that the person you’re dealing with isn’t what he or she seems, consider investigating further.

As population densities increase and tensions rise, society is increasingly vulnerable to those who are utterly ruthless and without conscience. While there are no easy answers when it comes to the psychopaths among us, the better we can understand what makes a psychopath tick, the better we can protect ourselves from the destructive impact of this condition.

Douglas E. Richards is a New York Times bestselling author who has a master’s degree in genetic engineering. His new thriller, The Cure, is centered around new research on the psychopathic condition. For more information, visit www.douglaserichards.com.