Will Better Sleep Help Your Fibromyalgia? 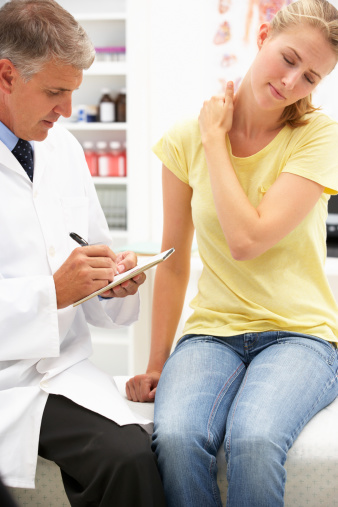 While there are about six million people living with fibromyalgia syndrome (FM) in the United States, only about half are currently receiving treatment, according to the National Institutes of Health. With so many going untreated, there is clearly a gap between patients, physicians and the pharmaceutical industry. Part of the challenge in treating FM is that symptoms are vague; patients simply say they “hurt all over.”

The criteria for diagnosis of FM as defined by the American College of Rheumatology (ACR) are widespread pain in all four quadrants of the body (left side, right side, above the waist, below the waist, at the neck, front of chest, mid-back or low back), with the pain having been present at a similar level for at least three months. There is no cure for FM. However, it is important to recognize that it is not a fatal condition; it will not damage muscles, joints or organs, and can improve over time. It needs to be managed as a chronic condition, using both medical and non-drug treatments. Non-drug treatments may include exercise, acupuncture, nutritional and hormonal supplements, behavioral therapy, massage and biofeedback.

Patients have reported dissatisfaction with the current standard of care, which encompasses three FDA-approved daytime medications: the analgesic Lyrica and the antidepressants Cymbalta and Savella. As for opiates and prescription sleep drugs, there is no data supporting their efficacy in FM, and they have proven largely unsatisfactory as off-label treatments. Therefore, patients are desperate for new options.

It is significant to note that poor sleep quality—which has consistently been shown to be associated with FM pain—is not the target of any FDA-approved treatment. Disturbed, unrefreshing sleep is a frequent complaint of patients with FM; at least three-quarters of such patients report this symptom. Whenever sleep is perceived as restful, patients report substantial improvement in their daytime symptoms. Could the key to truly effective treatment for FM lie in improving sleep quality? The National Pain Foundation estimates that 90 percent of FM patients have sleep problems; however, to date, no bedtime medication has been approved for this condition. Thus there appears to be an unmet need for a non-habit forming, safe, pharmaceutical treatment for FM, perhaps one that focuses on improving sleep quality.

Ample evidence exists in the literature suggesting the potential of such an approach. For example, in October 2005, the National Fibromyalgia Association posted a detailed questionnaire on its website that was subsequently completed by 2,659 people (primarily Americans). The tabulated findings included a list of factors perceived to worsen FM symptoms; of the 22 factors listed, the third most frequent was sleeping problems (79 percent). In June 2008, the Fibromyalgia Global Impact Survey (a joint project of Pfizer Inc and the European Network of Fibromyalgia Associations) presented its final report, involving a survey of 800 patients and 1,622 physicians in eight countries (the UK, France, Germany, Italy, Spain, the Netherlands, Mexico and South Korea). The report included the percentage of respondents who judged whether each of 14 symptoms was “very/extremely disruptive to the overall quality of their lives.” An average of 70 percent of respondents across all eight countries listed “problems sleeping” as one such symptom. And among the findings of the REFLECTIONS study (Real-World Examination of Fibromyalgia: Longitudinal Evaluation of Costs and Treatment), reported by R.L. Robinson et al. in Pain Medicine in 2012, out of 91 physicians surveyed, 73.8 percent reported their FM patients exhibited sleep disorders.

Additionally, as noted by S. Roizenblatt et al. in Current Pain and Headache Reports in 2011, disordered sleep is such a prominent symptom in FM that the ACR included symptoms such as waking unrefreshed, fatigue, tiredness and insomnia in the 2010 diagnostic criteria for FM. The researchers further pointed out that compared with healthy control patients, most FM patients perceive their sleep to be of poor quality, reporting it as nonrestorative, and feel unrefreshed upon awakening. And in fact, as R.J. Thomas wrote in The Journal of Rheumatology in 2011, FM patients may actually feel worse after sleep—a complete loss of the restorative power of sleep.

TONIX Pharmaceuticals is developing a non-habit forming, relatively safe, pharmaceutical candidate for FM that focuses on improving sleep quality as the key to treating this condition, based on cyclobenzaprine (CBP). CBP is a compound that has been FDA-approved as a muscle relaxant (Flexeril) since 1977 for short-term use at higher doses but has off-label use as a slow-acting sleep aid in FM. Its proprietary formulation of CBP, known as TNX-102 SL, administered as a sublingual tablet at bedtime, is being studied to determine whether it will decrease pain and improve other symptoms of FM. The tablet quickly dissolves under the tongue, where it is absorbed across the mucous membrane into the patient’s bloodstream. The low dosage is tailored to reduce next-morning grogginess. TNX-102 SL is a member of a new class of compound, called a Serotonin and Norepinephrine Receptor Antagonist and Reuptake Inhibitor (SNARI); it exhibits a unique mechanism among other FM products in that it targets both poor sleep and pain.

TNX-102 oral capsules have already been shown to improve FM outcomes in a Phase 2a clinical study, including reductions in musculoskeletal pain, pain sensitivity, fatigue and altered mood; TNX-102 SL is an optimized formulation. The company is now enrolling a pivotal trial of TNX-102 SL in FM, called Bedtime Sublingual TNX-102 SL as Fibromyalgia Intervention Therapy (BESTFIT). Topline results from this trial are expected in the second half of 2014.

TONIX’s Phase 2a study was conducted by H. Moldofsky et al. and the results were reported in The Journal of Rheumatology in 2011. The study sought to determine the effects of bedtime TNX-102 capsules, given at very low doses relative to current CBP products, on the symptoms and sleep physiology of FM patients. The study was also driven by the rationale that bedtime administration of low-dose CBP would have a more acceptable side effect profile than higher doses administered during the day. Of 37 patients with FM in the screened population, 36 were randomized and treated in this eight-week, double-blind, placebo-controlled dose-escalating study of CBP 1-4 mg at bedtime. Changes in subjective symptoms were evaluated, including pain, tenderness, fatigue, mood [Hospital Anxiety and Depression Scale (HAD)], and objective EEG sleep physiology (at screening, baseline, and weeks 2, 4 and 8).

In the TNX-102 capsule-treated group (n=18) over eight weeks, musculoskeletal pain and fatigue decreased; tenderness improved; total HAD score and the HAD depression subscore decreased; patient-rated and clinician-rated fatigue improved. In the placebo-treated group (n=18), none of these outcome measures changed significantly. Compared to placebo at eight weeks, TNX-102 capsules significantly improved pain, tenderness and the HAD depression subscore. TNX-102 capsules were well tolerated, with no serious adverse events or discontinuations because of such events. Analysis of cyclic alternating pattern (CAP) sleep EEG revealed that significantly more subjects in the TNX-102 capsule group than the placebo group had increased nights of restorative sleep. The prevalence of daytime drowsiness was lower with evening TNX-102 capsules, at 22 percent of patients, versus 34 percent of patients in a separate study of FM patients with higher daytime dosages (up to 40 mg) of CBP. The researchers concluded that nighttime, low dose CBP treatment improved core FM symptoms.

As suggested above, targeting sleep quality might prove to be the most fruitful avenue for addressing the symptoms of FM patients. Treatment that promotes restful sleep, if successfully brought to market, could hold the potential to improve the lives of millions of patients in the U.S. and worldwide.