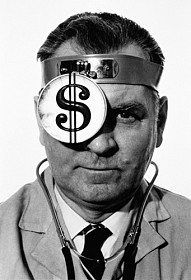 Everywhere we look, it is being reported in the media that PPACA and all of the financial pressures in healthcare are making it increasingly difficult for physicians to remain independent. Statistics reveal that PPACA is pushing physicians toward a number of emerging practice models, including accountable care organizations (ACOs), private practice medical homes, large aligned groups, community health centers (CHCs) and concierge practices.

A survey conducted by Brach Eichler in July 2013 among nearly 150 physicians in New Jersey revealed that nearly half of the physicians surveyed said they were considering changing their practice structure in the upcoming year. Specifically, half of the respondents said they plan to integrate with another healthcare organization, such as another single specialty or multi-specialty practice, an individual practice association, a hospital system or a joint venture. Physicians stated that the main drivers for a change in practice structure include the need to reduce expenses, increase cash flow, increase operational efficiencies, bolster market share and compete more effectively with other organizations that are already integrating with partners.

While no one is able to even begin to accurately quantify the number of physicians who will integrate with hospitals or restructure their practices in other ways, it seems that most healthcare experts tend to believe that the movement towards physician employment will not only persist, but continue to swell.

It is yet to be known whether this trend toward employment will work better than it did in the 1990s. So far, compensation growth has rapidly outpaced reimbursement growth in many specialties, creating potentially unsustainable practice economics.

The reaction to changes in practice structures varies greatly. Those physicians who are long established in private practice tend to view the trend of practice consolidation with a degree of sadness. They know that while the integrated business model may benefit physicians financially (at least in the short-term), the net effect is a definite loss of autonomy for physicians as a whole.

In fact, hospital employment is expected to remain much lower among physicians established in private practice, as compared to young and recently graduated physicians. According to the American Medical Association, 81 percent of physicians who own their own practices are over age 40, and a survey from April 2013 indicates that 60 percent of physician practice owners are not interested in selling their practices. Certainly, the choices of younger physicians are likely to have a long-term impact. However, the physician population currently is disproportionately older—and becoming more so.

Perhaps a more definite trend among physician practices is aggregation into larger groups. A recent study from Health Affairs found that, among physicians filing Medicare claims, 35.6% worked in groups of more than 50 in 2011, up from 30.9% in 2009. These larger groups can be either hospital-owned or independent. With physician-owned practices growing larger, physicians will likely have more opportunities to work in such a practice without taking a stake in ownership. Hospitals and physician-owned groups may thus increasingly compete for younger physicians seeking employment opportunities (as well as those still in solo and small practice). Independent physician groups, whose strategy is not tied to supporting inpatient demand, may have more flexibility in meeting healthcare purchasers’ demands for higher care efficiency and value. However, their smaller size and limited capital may pose a challenge to these growth prospects.

Perhaps the most important action for physicians as they step through the many necessary practice decisions in the coming months and years is to identify business partners who are truly physician advocates and who will look out for the physician’s best interest, independent of all other parties. For those physicians who are considering hospital employment, that will mean seeking out a healthcare attorney who is well versed in the areas of hospital employment contracts and restrictive covenants, and who can provide guidance on areas of potential conflicts of interest.

For example, there are likely to be conflicts of interest inherent in the way medical malpractice claims are handled. A physician who doesn’t think he or she has done anything wrong will probably not be in a hurry to settle a claim. A physician does not want a quick fix that is going to be reported to the National Practitioners Databank and impact his or her reputation throughout his or her career. But the hospital is likely to think differently. The hospital will want to make the best business decision, and often that may mean opting for the more expedient settlement.

Physicians must not allow others to dictate what they need to do to take care of a patient. No matter what the future holds for physicians in terms of practice structure, physicians need to be leading the way in setting the standards for patient care. And in order for that to happen, physicians need to work together to make sure that their interests are heard in a collective fashion.

It is essential that physicians develop and prioritize the messages they feel need to be conveyed to our elected officials, legislators and state regulators. One way to stay informed is to become involved with those groups and organizations that are able to represent your interests, whether they are local medical or specialty societies or business partners that are willing to hear your concerns and work with you to communicate your needs to the appropriate parties.

Ultimately, the changes that are made in your practice should be your decision. They should reflect the mission, vision and values in your practice. Going forward, physicians must find their voice, as there can only be strength in numbers. Independence, strength, autonomy and success will come not from succumbing to someone else’s concept of healthcare, but rather from following your own. The real key to evolving your practice will be finding the right business partners to make that happen.

Patricia A. Costante is Chairman and CEO of MDAdvantage Insurance Company of New Jersey.