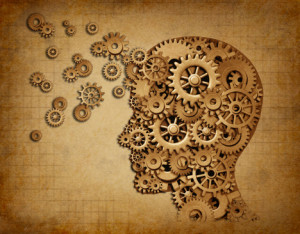 PHILADELPHIA – The largest international Alzheimer’s disease genetics collaboration to date has found 11 new genetic areas of interest that contribute to late onset Alzheimer’s Disease (LOAD), doubling the number of potential genetics-based therapeutic targets to interrogate. The study, published in Nature Genetics, provides a broader view of genetic factors contributing to the disease and expands the scope of disease understanding to include new areas including the immune system, where a genetic overlap with other neurodegenerative diseases such as multiple sclerosis and Parkinson’s disease was identified.

“Human genetic studies are being used with increased frequency to validate new drug targets in many diseases. Here we greatly increased the list of possible drug target candidates for Alzheimer’s disease, finding as many new significant genes in this one study as have been found in the last 15 years combined,” said co-senior author Gerard Schellenberg, PhD, director of the Alzheimer’s Disease Genetics Consortium (ADGC) and professor of Pathology and Laboratory Medicine in the Perelman School of Medicine at the University of Pennsylvania. “This international effort has given us new clues into the steps leading to and accelerating Alzheimer’s disease. We can add these new genetic clues to what we already know and try to piece together the mechanism of this complex disease.”

One of the more significant new associations was found in the HLA-DRB5 – DRB1 region, one of the most complex parts of the genome, which plays a role in the immune system and inflammatory response. It has also been associated with multiple sclerosis and Parkinson’s disease, suggesting that the diseases where abnormal proteins accumulate in the brain may have a common mechanism involved, and possibly have a common drug target, Dr. Schellenberg noted.

“We know that healthy cells are very good at clearing out debris, thanks in part to the immune response system, but in these neurodegenerative diseases where the brain has an inflammatory response to bad proteins and starts forming plaques and tangle clumps, perhaps the immune response can get out of hand and do damage,” said Dr. Schellenberg. “Through this powerful international group as well as our own US collaborations, we’ll expand the data set even further to look for rare variants and continue our analysis to find more opportunities to better understand the disease and find viable therapeutic targets. Large-scale sequencing will certainly play a part in the next phase of our genetics studies.”