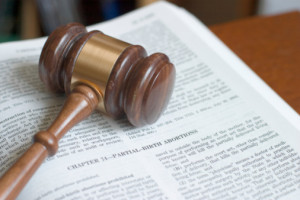 While many states are making it harder — and in more conservative areas, criminal — to get an abortion, California has enacted a bill to expand a woman’s access to abortion.

Gov. Jerry Brown this week signed bill AB-154, authored by California state Assemblywoman Toni Atkins, which states that a nurse practitioner, certified nurse-midwife, or physician assistant, upon proper licensing, may perform an abortion by medication or aspiration techniques in the first trimester of pregnancy.

“California has a strong history of support for reproductive health care for women,” said Ms. Atkins. “Timely access to reproductive health services is critical to women’s health,” Atkins said in a statement. “AB 154 will ensure that no woman has to travel excessively long distances or wait for long periods in order to obtain an early abortion.”

The aspiration technique uses suction to dislodge an embryo from the uterine wall during the first few weeks of pregnancy.

California is bucking a national trend against abortions.  According to the NY Times, 68 restrictions on abortion have been passed by states so far this year.  Under a law that took effect in Ohio this month, for example, patients must not only to view an ultrasound of the fetus but also to watch its beating heart. “It’s a hard decision for anybody to make,” said one woman of abortion, asking that her surname not be published out of privacy concerns. “To make it more difficult by passing these laws and making women feel guilty is terrible.”