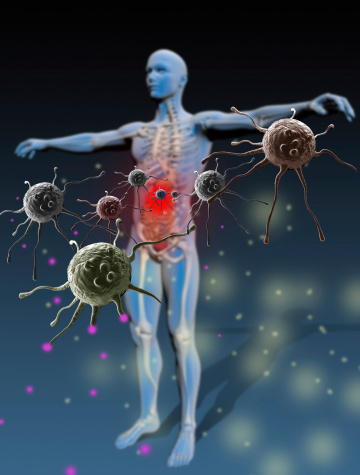 The prevalence of autoimmune disorders—such as Crohn’s disease, ulcerative colitis, multiple sclerosis and type-1 diabetes—is comparatively high throughout the developed world. According to the well-known “hygiene hypothesis,” there exists a direct link between these elevated rates and developed society’s obsession to establish sterile, germ-free environments. Is it at all possible that better hygiene, by eliminating parasitic worms (helminths) and helpful bacteria from our bodies, made way for the newer problems of immune-mediated diseases? In a concept that was originated by Joel V. Weinstock, Chief of the Division of Gastroenterology/Hepatology at Tufts New England Medical Center and David E. Elliott, Division Director of the Gastroenterology-Hepatology Faculty at the University of Iowa, and recently outlined by Weinstock in an article published by the journal Nature (“The worm returns,” 8 November 2012), a significant lessening of exposure to helminths has managed to eliminate a natural mechanism in our bodies that prevents the onset of various autoimmune disorders. According to Weinstock, the reintroduction of helminths into our bodies might help treat some of these patients.

A number of ongoing clinical trials have generated early evidence that such treatment might be safe and effective. One promising approach comes in the guise of a treatment involving Trichuris suis ova (TSO)—pig whipworm eggs. Studies initially conducted by Weinstock and later by others, have revealed that once the treatment (purified eggs suspended in a tablespoon of saline solution) has been ingested by a patient, the eggs take up residence, briefly in the patient’s gut and regulate the immune system in a manner that can ameliorate a range of symptoms without any detrimental side effects. The use of TSO appears to be promising due to the fact that it does not multiply in humans and does not enter the bloodstream. In the past, studies have indicated a positive response to the treatment in Crohn’s disease, ulcerative colitis and multiple sclerosis patients. Based on those studies, researchers are now taking on the task of developing TSO as a drug, specifically as a biologic. Both the U.S. Food and Drug Administration and the European Medicines Agency have allowed further testing. There are trials underway in Crohn’s disease, multiple sclerosis and autism, and others set to begin in ulcerative colitis, psoriasis, type-1 diabetes and other immune-mediated diseases.

The worms appear to produce three major effects on the immune system: they seem to trigger changes that activate and increase the number of regulatory T cells which dampen immune responses and curb autoimmunity; they seem to act on other cells to prevent the “switching on” of dangerous effector T cells, which customarily results in inflammation and disease; and they seem to alter the makeup of intestinal flora—they foster the growth of gut microorganisms customarily considered “probiotic,” which assist in maintaining intestinal health.

Currently, two Phase 2 clinical trials evaluating the safety and efficacy of TSO in Crohn’s patients (TRUST-I and TRUST-II, short for TRichUris Suis ova Trial) are being conducted in the U.S. and in Europe. The European arm of the trial (TRUST-II) is being conducted by Dr. Falk Pharma GmbH. Meanwhile, in the U.S., Coronado Biosciences of Burlington, MA, which has been heavily involved in the development of TSO, is running TRUST-1. The trial is expected to enroll about 220 patients, both men and women between the ages of 18 to 65, with moderately to severely active Crohn’s. Patients enrolled into the randomized, double-blind, placebo-controlled, U.S. multicenter study will receive either oral TSO (7,500 ova) or placebo once every two weeks, for 12 weeks. The primary endpoint of TRUST-I is the induction of response in Crohn’s disease, as measured by the Crohn’s Disease Activity Index (CDAI). The secondary outcome measure is induction of remission. The study will also feature an optional-open label extension for patients who complete the study. Coronado expects to have at least 65 clinical sites participating in this trial.

The trial just described joins a series of others that have explored the efficacy of treatment with TSO. For example, a small pilot clinical trial conducted by Summers et al. and reported in 2003 in the American Journal of Gastroenterology, administered a single dose of 2,500 embryonated TSO orally to four patients with refractory Crohn’s. Patients were followed every two weeks for at least 12 weeks, with the efficacy of therapy determined by the Crohn’s Disease Activity Index (CDAI) and the Inflammatory Bowel Disease Quality of Life questionnaire (IBDQ). Using an IBDQ score >170 to indicate remission, three of four patients achieved remission by week eight. Likewise, three of four patients achieved remission during the observation period as assessed by a CDAI <150. Following this single-dose study, two of the three patients who achieved remission relapsed at the end of the 12-week observation period.

In a later open-label clinical trial reported in 2004 in Gut, Summers et al. examined the safety and efficacy of TSO in 29 patients with active Crohn’s, defined by a CDAI >220. Patients received TSO in individual aliquots of 2,500 ova suspended in a solution every three weeks for 24 weeks. Patients maintained diaries of their clinical symptoms, and disease activity was measured by CDAI. Therapy with TSO was linked with sustained and substantial improvement, with 79.3 percent of patients experiencing a response (decrease in CDAI >100 points or CDAI <150) and 72.4 percent achieving remission (CDAI <150) at week 24. TSO was well tolerated.

Two investigator-sponsored studies of TSO have been conducted in patients with ulcerative colitis. The first of these was the 2003 study (described above) by Summers et al., in which three patients with refractory ulcerative colitis were treated with a single dose of 2,500 embryonated TSO orally and observed every two weeks for 12 weeks. The IBDQ and Simple Clinical Colitis Activity Index (SCCAI) were employed in order to determine the efficacy of therapy. Using an IBDQ score >170 to define remission, all three patients had achieved remission by week eight. Using an SCCAI <4 to indicate remission, each of the ulcerative colitis patients achieved remission during the treatment and observation period, and one patient experienced a relapse.

As reported in 2005 in Gastroenterology, Summers et al. subsequently conducted a randomized, double-blind, placebo-controlled clinical trial to determine the safety and efficacy of TSO in 54 patients with active ulcerative colitis (defined by an Ulcerative Colitis Disease Activity Index (UCDAI) >4) who were treated with placebo or 2,500 TSO every two weeks for 12 weeks. After the first 12 weeks of treatment, placebo-treated patients were switched to TSO for a second 12-week interval and TSO patients were switched to placebo. The blind was sustained during the crossover phase. In order to calculate UCDAI and SCCAI scores, patients maintained diaries detailing their clinical symptoms. The primary measure of efficacy was clinical improvement at 12 weeks, defined as a decrease in UCDAI >4. Clinical remission, defined as UCDAI <2, was a secondary endpoint. Of the 54 patients enrolled in the study, 24 received placebo and 30 received TSO during the first 12 weeks of the study. The proportion of patients achieving a favorable response was significantly higher with TSO compared with placebo in both the intention-to-treat (“ITT”) (43.3 percent vs. 16.7 percent, p=0.04) and per protocol (PP) (44.8 percent vs. 17.4 percent, p=0.04) populations. Only patients with active disease (UCDAI >4) were included in the analysis of the crossover phase of the study. Among 31 patients (n=15 for placebo, n=16 for TSO) analyzed, the percentage of TSO-treated patients achieving response was higher than that for placebo-treated patients (56.3 percent vs. 13.3 percent, p=0.02). When the two study periods were combined, TSO administration was linked with significantly higher responses in both the ITT and PP populations.

In a study reported in 2011 in the Multiple Sclerosis Journal, Fleming et al. at the University of Wisconsin studied five subjects with newly diagnosed, treatment-naïve, relapsing–remitting multiple sclerosis (RRMS). They were administered 2,500 TSO orally every two weeks for three months in a baseline-versus-treatment controlled trial. The researchers showed that the mean number of new gadolinium-enhancing magnetic resonance imaging (MRI) lesions (n-Gdþ) fell from 6.6 at baseline to 2.0 at the end of TSO administration, and two months after TSO was discontinued, the mean number of n-Gdþ rose to 5.8 new lesions. No significant adverse effects were seen. In preliminary immunological investigations, increases in the serum level of the cytokines IL-4 and IL-10 were observed in four of the five subjects. These initial five patients represented the first part of a two-part study (known as HINT-1 and HINT-2). Additional patients are currently being studied for up to 10 months. Results from this second cohort are expected in the second half of 2013.

Last November, Coronado Biosciences announced a new study of a TSO-based treatment for autism spectrum disorder (ASD). The study, being conducted by the Montefiore Medical Center, Albert Einstein College of Medicine, is designed to explore the novel thesis that autism symptoms may be triggered by a hyperactive immune system. A total of 10 patients will either be given placebo or TSO. The goal of the study is to test for early safety and efficacy of TSO compared to placebo on repetitive behaviors, irritability, global functioning and social cognition in adults with ASD.

As suggested by the results summarized above and others, the ova of parasitic worms such as Trichuris suis might hold a considerable promise in the treatment of a broad range of autoimmune diseases. Ongoing and future studies will refine our knowledge of the efficacy of this approach and the viability of FDA-approved treatments based on it.

If you are a physician who is interested in participating in the TRUST-I trial or who has an idea for starting a separate investigator-sponsored trial, please visit http://clinicaltrials.gov/ct2/show/study/NCT01576471 for recruitment criteria and contact information. To date, study locations have been established in at least 27 states, with at least 11 sites established in the state of Florida alone. Local media have also been reporting on the trial; for example, a trial site in Chapel Hill, NC was spotlighted in an article in the Triangle Business Journal last November.

Karin Hehenberger, M.D., Ph.D. is Executive Vice President and Chief Medical Officer of Coronado Biosciences, a biopharmaceutical company focused on the development of novel immunotherapy biologic agents for the treatment of autoimmune diseases and cancer.