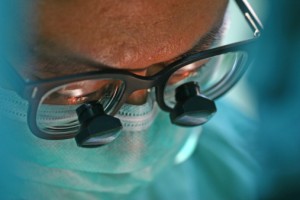 Neurological surgeon David McKalip M.D., a Florida delegate to the American Medical Association (AMA), this week lead the effort to ensure the AMA would stand strongly in favor of organ transplantation for Medicaid patients; and not for rationing such medical treatments because of funds.

“As a doctor, I have long stood against any act of the rationing of medical care by the government.” says McKalip. “I could not stand by while the leadership of my profession at the AMA chose to side with government rationing policies instead of the patient.”

The AMA Board of Trustees had previously recommended that they not adopt the policy to the key policy making body of the AMA, the House of Delegates (HOD), requiring McKalip to respond.

“If the government has promised access to high quality medical care to patients through a government program such as Medicaid, the government should keep their promises.  It is not acceptable to tell a Medicaid patient they may be an organ donor, but not an organ recipient.”

The issue presented itself when Governor Jan Brewer decided that the State of Arizona could not afford to pay for organ transplants for Medicaid patients in 2010. The state ultimately reversed the decision after a large public outcry. The Florida delegation worked to have the AMA stand on the side of Medicaid patients beginning in November of 2011, but no action was taken by the AMA Board until this annual meeting.

The AMA Board of Trustees (BOT) was recommending that the AMA not support expanding Medicaid coverage for organ transplants. In doing so the AMA BOT relied on the New AMA policy “Stewardship of Healthcare Resources” to conclude that Medicaid patients should not receive organ transplants if there were limited resources to fund it.  That 2012 policy states that physicians are “obligated” to be “prudent stewards of shared societal resources,” a policy that was acknowledged to conflict with the need to serve the medical needs of the patient first.

McKalip worked through the process at the AMA House of Delegates to rally unanimous support for his position on behalf of the entire Florida delegation. Others, including Delegations from New York, California, the District of Colombia, joined the call to provide good medical care to patients pointing out that it is duty of the doctors to stand up first for the patient and to let the government determine how it would pay for the costs of the programs it has created. Other colleagues pointed out that the cost of living with organ failure while awaiting an organ transplant or the critical care of dying with organ failure was often more costly than the organ transplant itself.

Thomas Peters, M.D., a transplant surgeon from Jacksonville offered, “It is not appropriate to first do a wallet biopsy of my patient to determine if they are eligible for an organ transplant.”

McKalip concluded, “I am proud of my colleagues at the AMA House of Delegates for standing up for patients and advising their elected leaders on the AMA Board of Trustees that the AMA must stand up for patients, and not participate in rationing. I am humbled by their support on this issue but also happy that I had the opportunity to use my years of experience there and knowledge of health policy to make a difference in the lives of Americans through action at the AMA.”