Doctor Asks: Is It Time To Legalize Drugs? 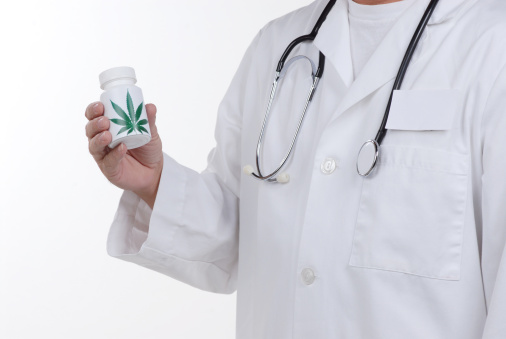 For the past 45 years, the United States has engaged in a “war on drugs.”  This was popularized in the mid-70’s by President Nixon who even enlisted the help of Elvis Presley to speak out against drugs.  It is ironic that 7 years later, toxicology showed that Presley had 14 drugs in his blood, including narcotics, at the time of his death.

The government’s role in controlling narcotics was actually first strengthened in 1914 when the Harrison Act expanded the Pure Food and Drug Act of 1906 to restrict heroin and cocaine sales in medications.  Prior to 1906, today’s controlled substances were widely available in unmeasured amounts as shown by Coca Cola which initially did have cocaine instead of caffeine as a stimulant.  Over the years, marijuana, “the Mexican drug”, and crack cocaine, were introduced into popular usage.  Today methamphetamines have joined the panoply of popular usage.

We have recently seen Colorado and Washington State join California in offering some form of legalized marijuana, in some cases for medical usage.  The debate rages as to the true medicinal value of cannabis.  Opponents cite the drug as a stepping stone to heroine and cocaine, and even suggest a tetragenic effect.  I have personally had patients ask me to prescribe Marinol, the schedule 3 form of THC for their nausea.  They have been unhappy with my refusal to do so.

In a recent debate on National Public Radio about drug legalization, 45% of the audience was in favor and 32% opposed legalizing drugs prior to the debate.  At the end of the debate, which featured the former head of the Drug Enforcement Agency, the number in favor of legalization rose to 58% and those opposed to 30%.  While public policy should not be directed by popular polls, there is a growing acceptance in society to bring some change in current policy.

I believe this is fueled by public recognition that our war on drugs has been about as successful as the war in Vietnam, the Iraq war and the war in Afghanistan.  The difference with this war is that it is aimed at a social phenomena and an inanimate object.  Prohibition against alcohol was unsuccessful in eliminating alcohol from society.  The legalization of casino gambling and state lotteries has seen a fall in the influence of organized crime intervention in the areas of gambling.  Also, alcohol and legal gambling are sources of tax revenue once government regulation was introduced.

Our present policies towards drugs have had a number of deleterious effects.  Organized crime controls the drug trade.  It is a blight on our society.  Illegal drugs are readily available in spite of law enforcements efforts to stop them.  Their purity is unregulated with criminals adulterating the drugs to increase their profit.  Addicts have no idea if they are getting 3% or 10% of an item.

Illegal drugs have fueled corruption among public and local governments.  Drive by shootings and random killings are the byproduct of the war between rival drug gangs.    If CVS or Walgreen’s were licensed to sell drugs, this random violence would subside.  Presently, the Mafia controls heroine, Jamaican gangs crack cocaine and the Medelline cartel cocaine.  Illegal drugs have turned Bolivia, Columbia and Mexico into virtual narco states filled with random murder and corruption.  We are presently fighting in Afghanistan, a country run by drug warlords.  Farmers producing drugs in other countries do not view us as an enlightened nation but as competitors to their livelihood.  By legalizing drugs, the huge profits that fuel organized criminals and the money extracted from narco states would decrease.  This money is often used to fund international terrorism that is used against us.

Allowing pharmaceutical companies to produce drugs and having them regulated by the government would allow standardization of available drugs.  The billions of drug dollars now hidden or laundered would be subject to taxation, and they would become a source of public revenue.  Also, the diseases spread by the use of sharing needles among I.V. drug users could be eliminated.  Another benefit is that the tens of billons of dollars spent to incarcerate drug users and sellers could be used for rehabilitation and drug education projects.

Make no mistake, as a physician I abhor drug use and addiction of all forms.  But isn’t it time we recognize the misery and the ineffectiveness of present programs.  Shouldn’t we spend more money on educating people about the dangers of drugs and eliminate drugs as the only source of livelihood in poor neighborhoods?  It may be too much to ask a government that hasn’t passed the budget in four years to develop an enlightened social conscience, but at some point we need to recognize that the disease of drugs is destroying our society.  It needs to be treated in a more effective manner.

Harvey B. Lefton, M.D. is President of the Philadelphia County Medical Society.