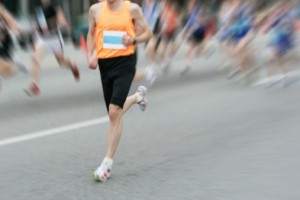 By now, you are well aware of the Boston Marathon bombings.  As of Tuesday morning, three people have been killed and 176 are injured, 8 of whom are still critical.  One of the casualties is an 8-year old boy named Martin Richard, who was standing at the finish line to cheer as his father crossed the finish line.  Martin’s 6-year old lost her leg in the bombing; and their mother has had surgery for a brain injury.

According to physicians at Mass General in Boston, four amputations have already been performed. Two more limbs are at risk of amputation.  The patients range in age from 28 to 71.  Most of the injuries in all critical patients were lower extremity. Six to eight patients have been placed in medical comas and doctors have been able to prevent further organ failures.

The first responders and medical staff at the scene did a remarkable job of providing care under horrible circumstances.  The Boston Globe has provided several views from the hospitals and medical tents.  These people deserve to be recognized for their training, volunteering, and care provided during the tragedy.  Here are some excerpts:

The first Boston Marathon attendees who arrived at Massachusetts General Hospital were among the worst injured, with damage to their legs severe enough in some to require amputation, surgeon Dr. Peter J. Fagenholz said outside the hospital late Monday evening. “We had three in the first five or 10 minutes, and that’s when it became clear to us that it was going to be a busy day,” he said. “I’ve never seen this volume come this quickly.”

As of about 10 p.m., Fagenholz said, the hospital had treated 29 people, eight of whom were in critical condition. Mass. General staff worked for a couple of hours to identify some patients or to locate family members, he said. Fagenholz operated on six patients. The oldest he cared for was 71. Some will have repeat operations tomorrow, he said. Those who have bone, tissue, and vascular damage may require repairs done in a “step-wise fashion.” Shrapnel injuries were common among the marathon-goers treated there.

A physician on-scene at one of the medical tents wrote in a blog for the Globe:

My friend and colleague, Dr. Jennifer Rosenberg, a family physician in Coolidge Corner, was attending to her patient when we heard two explosions – the second a few moments after the first. The medical tent was already packed with runners lying on cots for dehydration or hypothermia. We heard a calm voice from the center of the tent, belonging to John Andersen, one of our medical coordinators. “Stay calm, and stay with your patients,” he said, “while we figure out what’s happening.”

A few minutes later, physicians, nurses, and coordinators were called to the site of the explosion; EMS ran to the scene and returned with stories about dismembered limbs and pools of blood. Immediately, the medical tent was transformed into a trauma unit. A patient was wheeled in on a stretcher with legs missing at the end of her torso; another had severe burns on the left lower leg. The cots at the far end became beds for those with severe bleeding or leg injuries from the blasts. Although we were not equipped for trauma, we had bags of intravenous fluids hanging from four yellow ropes suspended down the middle, tourniquets, blood pressure monitors, defibrillators, and EKGs. We had medical personnel included internists, family physicians, cardiologists, emergency physicians, physical therapists, and social workers.