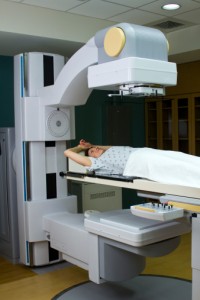 Evidence suggests that reducing patients’ calorie intake could help shrink tumors and improve survival because it enhances the effectiveness of radiation therapy, the team explains in arecent review published in the Oncologist.

Until now, the use of calorie restriction to treat cancer or augment standard cancer treatment, such as radiation therapy, has received little attention, with few trials underway in the U.S.  Jefferson’s trial, however, is the first in breast cancer patients.

“In our research, we’ve seen a 30 percent reduction in tumor size in mice, and they live much longer than mice not on a diet,” said Nicole Simone, M.D.,  Principal Investigator and Assistant Professor of Radiation Oncology at Thomas Jefferson University and Hospitals. “The next step is to investigate if early stage breast cancer patients are able to adhere to caloric restriction while on radiation. This will then allow us to determine others benefits and factors, such as toxicity, recurrence, and survival.”

The study is being partly funded by a donation from the Ladies of Port Richmond, a local breast cancer group that raises awareness and funds for research.

Caloric restriction has been shown to alter molecular pathways that make cancer cells more susceptible to radiation, enhancing its effectiveness and thus shrinking tumors and improving survival in mice. What’s more, clinical evidence over the last several decades has shown a link between cancer incidence and calorie restriction.

Beginning in February, Jefferson will begin enrolling 40 women on a calorie reduction diet (a 25 percent reduction of the patients typical total intake) while undergoing treatment. Stage 0 and I breast cancer patients who are not diabetic but who are candidates for breast conserving therapy will be given dietary counseling and guidance to carry out a liquid diet 36 hours prior to lumpectomy and then a calorie reduction of 25 percent will be done during radiation therapy.

Calorie restriction will start the week of radiation planning and continue for the six weeks of radiation, for a total of 10 weeks.  Patients will keep a nutritional journal, have counseling in Jefferson’s own Myrna Brind Center of Integrative Medicine to tailor the diet reduction for each individual patient and also meet with counselors during weekly visits.

For the trial, the feasibility of treating breast cancer patients with a calorie-restriction diet modification in conjunction with standard radiation will be assessed.  Acute toxicity as per National Cancer Institute Common Toxicity Criteria, quality of life, local recurrence, progression-free survival, distant metastases and overall survival will be also assessed.

In the lab, calorie restriction has been used prior to implantation of tumor cells in mouse breast cancer models and has been shown to slow or even prevent tumor growth.

Calorie restriction alters molecular pathways, including the insulin and AMP-kinase pathway, the researchers posit, leaving cancer cells more sensitive to radiation therapy. Both pathways have been shown to play a role in breast cancer cell proliferation and progression of disease.

Dr. Simone presented the work at the 2012 American Society for Radiation Oncology, and has published several studies on the topic in Cell Cycle and International Journal of Breast Cancer

“Dieting is likely an effective method to enhance the cytotoxicity of radiation therapy because of the overlapping induction of molecular profiles, and it may also provide a beneficial means of improving the overall health and metabolic profiles of patients,” said Dr. Simone. “This trial could provide evidence to implement calorie restriction into the care of cancer patients in treatment. What’s more, it may provide a cost-effective addition to current treatment modalities that enhances cancer therapy while minimizing side effects.”

2013-02-04
PhysiciansNews.com
Share
Previous Brain in a Jar: When the Past is Prologue
Next The Real Problems of Obamacare