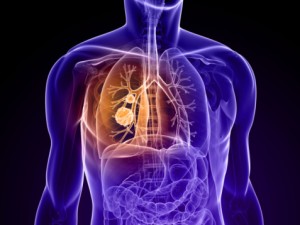 Brought to you by the publication that recommends the best computers, cars, baby strollers and most of the appliances in your kitchen — now Consumer Reports is getting into health care:  The Best Cancer Screening Tests.

While many physicians have access to medical journal studies, Consumer Reports wants to get the pertinent information directly into the hands of the consumer, or in this case, the patient.

The common theory with cancer screenings is: Early detection saves lives.  But there are misconceptions with that theory and Consumer Reports lays out this scenario:

Consider this message from a 2011 promotional campaign run by the breast-cancer nonprofit Susan G. Komen for the Cure: “Early detection saves lives. The 5-year survival rate for breast cancer when caught early is 98%. When it’s not? 23%.”

Those numbers deserve an Oscar for best use of misleading statistics, according to an August 2012 editorial in the British Medical Journal. “Just because you are diagnosed earlier doesn’t mean that you will ultimately live any longer,” says co-author Steven Woloshin, M.D., a director at the Center for Medicine and Media at the Dartmouth Institute.

He provides an example: Imagine that 100 women receive a diagnosis of breast cancer after feeling a lump at age 67 and die at age 70. Their five-year survival rate is 0 percent. Now imagine that their cancer is detected at age 64 but they still die at age 70. Their five-year survival is now 100 percent, “even though,” Woloshin says, “no one lived a second longer.”

So Consumer Reports set out to identify the most effective screening tests.  Boston.com reports that CR researchers used information based mainly on reviews from the U.S. Preventive Services Task Force, an independent group supported by the Department of Health and Human Services as well as the cost of the test, whether the cancer being screened for was prevalent or rare, and whether the test has benefits beyond screening for a particular cancer, according to Joel Keehn, senior editor at the magazine. Bottom line:

Screening tests for cervical, colon, and breast cancers are the most effective tests available, according to our first Ratings of cancer-screening tests. But most people shouldn’t waste their time on screenings for bladder, lung, oral, ovarian, prostate, pancreatic, skin, or testicular cancers.

If you have a subscription to Consumer Reports, click here to see the full results of the report.

Before undergoing any cancer screening, consult your doctor.  Here are five questions to ask when considering a test:

2013-01-31
PhysiciansNews.com
Share
Previous The AMA’s Position on Medical Method Patents is Detrimental to Both Physicians and Patients
Next Obamacare Misses Some Deadlines