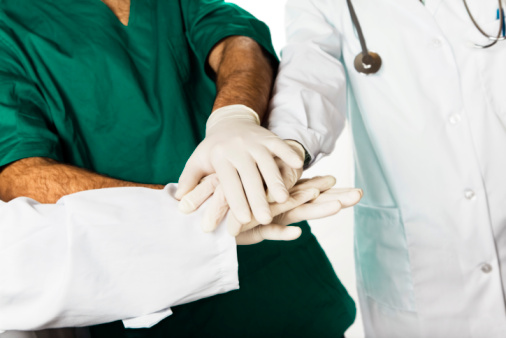 Increasingly trending in health care — and becoming more common as we move closer to the 2014 implementation of the Affordable Care Act — is the physician moving from a self-employed, small business owner to a hospital-owned employee.

David J. Leffell, M.D. — the former CEO of the Yale Medical Group and a Professor of Dermatology and Professor of Surgery (Otolaryngology and Plastic) at the Yale School of Medicine — writes in Wednesday’s Wall Street Journal that the trending physician-as-employee ultimately will lead to the union doc — that is,  “doctors with the right to collective bargaining.”

The Obama administration, by intent or accident, has effectively driven a major change in the status of physicians. By reducing the reimbursement for certain office-based specialists while enhancing related payment to hospitals, the administration is compelling more and more physicians—many of them with an any-port-in-a-storm fatalism—to seek employment with health systems or large physician groups.

One key factor in Dr. Leffell’s argument is that a new generation of physician is beginning to appear.  “Doctors now in training appear willing to forsake income for a better quality of life and are less interested in the entrepreneurship required to run a private practice,” writes Dr. Leffell.  If the ‘union doc’ becomes a reality, how would industry leaders and organized labor treat the formerly revered profession?

Leaders of the organized-labor movement already view service workers with nonexportable jobs as the last best hope of labor unions whose membership is at an all-time low. The truth is that physicians are now becoming service workers. They are well-educated and expensive to train, and their decisions have substantial significance in the lives of others. But doctors essentially provide a service, one that cannot be outsourced to India or China.

As the benefits of collective bargaining and creep into the profession of medicine, Dr. Leffell warns that reforms to the medical system may lead to a new reason for lack of access to heath care: “Office closed, doctors on strike.”

2013-01-30
PhysiciansNews.com
Share
Previous Doctor Calls For ‘Systemic Change’ to Decrease Gun Violence
Next The AMA’s Position on Medical Method Patents is Detrimental to Both Physicians and Patients