Hospices, Wary Of Costs, May Be Discouraging Patients With High Expenses 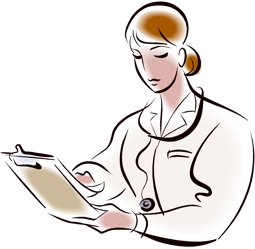 Many people who are terminally ill delay entering hospice care until just a few days or weeks before they die, in part because they or their families don’t want to admit that there’s no hope for a cure.

“It’s a hard decision to say yes to,” says Jeanne Dennis, senior vice president at the Visiting Nurse Service of New York, which provides hospice care to 900 patients daily, among other services. “Everybody knows it means you’re not going to get better.”

A recent study published in the journal Health Affairs found that there may be another reason that patients don’t take advantage of the comprehensive services that hospice provides: restrictive enrollment policies that may discourage patients from signing up.

The survey of nearly 600 hospices nationwide found that 78 percent had enrollment policies that might restrict patient access to care, especially for those with high-cost medical needs. The policies included prohibitions on enrolling patients who are receiving palliative radiation or blood transfusions or who are being fed intravenously.

Medicare pays the majority of hospice bills, and officials have raised concerns in recent years about possible misuse of federal funds. Eighty-three percent of hospice patients are 65 or older, according to the National Hospice and Palliative Care Organization.

To qualify for hospice care under Medicare, a patient’s doctor and a hospice medical director must certify that the patient has six months or less to live. Patients must also agree not to seek curative care.

Once a patient chooses to enter hospice, the benefits include medical treatment for non-curative purposes such as pain and symptom management as well as emotional and spiritual support for patients and their families. Most patients receive hospice care at home.

The Health Affairs study points out that some treatments typically considered curative also may be used to manage the symptoms of a dying patient. For example, someone might receive radiation treatments to shrink a tumor to make breathing easier or be given a blood transfusion to reduce fatigue.

But such care can be expensive, costing upward of $10,000 a month, according to the Health Affairs study. That puts hospices in a financial bind. Last year, the Medicare program paid a base rate of $151 per day to cover all routine hospice services, adjusted for geographic differences.

“It’s a fixed, per-day cost that doesn’t relate to the complexity of care provided,” says the lead author of the study, Melissa Aldridge Carlson, an assistant professor of geriatrics and palliative medicine at New York’s Mount Sinai School of Medicine.

Large hospices that care for more than 100 patients are better positioned to absorb the cost of such treatments, experts say.

“They’ve got the economy of scale to be able to manage high-need patients,” says Diane Meier, director of the Center to Advance Palliative Care in New York and a professor of geriatrics and palliative medicine at Mount Sinai. “Smaller hospices don’t have that luxury.”

Nearly two-thirds of hospices care for 100 or fewer patients per day, according to the National Hospice and Palliative Care Organization.

Hospice of the Bluegrass in Lexington, Ky., cares for more than 900 patients daily.

“It gives us the capacity to not be completely money-driven, so we can afford expensive treatments,” says Gretchen Brown, the chief executive.

“We really can’t pay for something that’s going to cause someone to live longer than six months,” she says.

Worries that Medicare might deny coverage for a certain treatment is truly palliative rather than curative may contribute to smaller hospices’ more restrictive enrollment policies, as the study found, Carlson says.

“The risk is that . . . they’d have to return the money,” says study author Carlson. “So for a small hospice, it’s very risky to enroll a patient who has these needs.”

Some experts question whether smaller hospices actually do turn away patients with expensive needs, even if their enrollment policies suggest they would deny enrollment to those patients.

“Yes, the hospice may have [such] policies, but the study wasn’t clear to what extent those policies impact admissions,” says Jon Keyserling, senior vice president for health policy at the National Hospice and Palliative Care Organization.

As a patient or concerned family member, the important message is that all hospices are not alike, Meier says. If you encounter a hospice that won’t provide the care you need, “it’s worth your time to explore others, particularly those that have more than 200 patients a day,” she says.