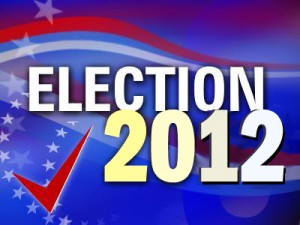 The highest court in the country upheld most of the Affordable Care Act in June. But everybody knew it was only an overture.

The law “will fall in November by a vote of the American people,” Mississippi Gov. Phil Bryant pledged that day, speaking for many other Republicans. Democrats were more reluctant to paint the election as a referendum on what even they came to call “Obamacare.” But privately they admitted the stakes.

A victory for President Barack Obama today would seal the health act’s future and continue its myriad attempts at reform that even Republicans admit would be difficult or impossible to reverse.

“This election will determine whether Americans have health care they can afford or they are left on their own and at the mercy of the insurance companies,” said Ethan Rome, executive director of the pro-reform Health Care for America Now. “It’s the private market and the Wild West versus Obamacare, Medicare and Medicaid.”

Republican presidential nominee Mitt Romney repeatedly pledged to “repeal and replace” the health act, which substantially increases medical coverage via state insurance exchanges and an expansion of the Medicaid program for the poor. Conservatives call the health act an unaffordable government grab into the economy and individuals’ lives.

“Obamacare fundamentally changes the relations between citizens and their government,” said Grace-Marie Turner, president of the Galen Institute, which promotes health care choice and competition. “It really undermines freedom. The American people understand that.” 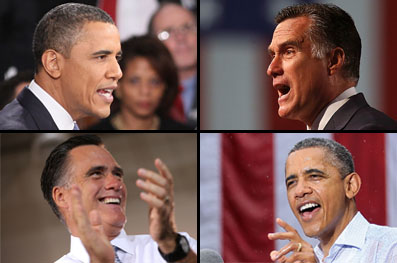 If Romney wins and Republicans gain control of the Senate, “one of the principal casualties is going to be something like 30 million people who could gain coverage under the act,” said Edward Howard, executive vice president at the Alliance for Health Reform, a nonpartisan research group. “The Affordable Care Act is certainly at risk if you’re interested in preserving it.”

An Obama win would immediately highlight the challenge of opening subsidized, online insurance marketplaces on time by 2014. Both the administration and most states are deemed to be behind schedule.

Bryant and numerous other Republican governors, assuming or hoping Obama will be rejected, have refused to implement the health law. Meanwhile the Department of Health and Human Services hasn’t finalized potentially controversial rules for opening federally-run exchanges in the absence of state cooperation.

Few doubt that most Republican governors, if their states are forced to have exchanges, will want to run them locally. Nor is there much argument about whether most Republican states will eventually accept the health law’s optional Medicaid expansion that is financed primarily with federal dollars.

“Except for the ‘hell no, we won’t go’ governors, most of the other ones are going to take a really hard look at this the morning after,” said Len Nichols, director of the Center for Health Policy Research and Ethics at George Mason University. “And the hospital association is going to be in their face pretty quick. Because they want the coverage.”

But an Obama victory won’t guarantee that the health law would be implemented as envisioned. If the president wins reelection but Republicans gain control of the Senate, he would be on “an island,” surrounded by “a coalition arrayed against Obamacare,” said Michael Franc, vice president for government studies at the Heritage Foundation.

Congress could delay appropriating money to implement the law, he said. A Republican takeover of the Senate would presumably be accompanied by Republican gains in the states, where governors and legislatures could also put up road blocks.

Even if Obama wins and Democrats retain the Senate, the administration could reduce the subsidies supporting the insurance exchanges or agree to ditch a tax on medical devices as part of a bargain with Republicans to reduce the deficit. Or a second Obama administration might agree to reduce the act’s Medicaid expansion as a budget compromise, giving states more room to design their own, smaller plans.

“The Supreme Court’s decision to make the Medicaid expansion optional effectively gives the side that says, ‘We’re going to save money’ a way to do it without Obama losing face,” Nichols said.

A President-elect Romney would immediately be pressured to keep parts of the health law and be specific about what he would replace it with. He has said he supports insurers allowing young adults to stay on their parents’ plans to age 26, but it’s unclear whether he would keep the Affordable Care Act’s compulsion to make health plans do so.

Analysts expect a President Romney would promote high-risk pools for the uninsured, interstate insurance sales to fuel competition and greater use of “consumer-directed” plans in which high deductibles prompt patients to pay more attention to what care costs.

Romney couldn’t repeal the health law alone. He needs a Republican Senate to try to start with a clean slate. Even then repeal efforts would be subject to filibuster by Democrats and restrictions on passing legislation via reconciliation, which doesn’t require the supermajority needed to end a filibuster.

Without a Republican Senate, Romney would be expected to employ the executive branch’s regulatory power to delay regulations germane to the act and give states as much leeway to ignore it as the law allows.

2012-11-06
PhysiciansNews.com
Share
Previous The Big Issues for Doctors in the Presidential Election
Next President’s Victory Is Reprieve For ‘Obamacare’

Study: Surgical And Cotton Masks May Not Prevent Spread Of COVID-19