The Big Issues for Doctors in the Presidential Election 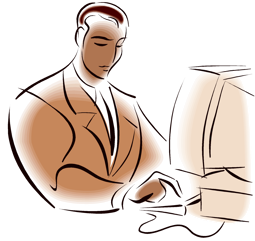 An online social network collected physicians’ top questions for the presidential candidates. The purpose of the poll was to better understand what the nation’s leading practitioners believe are the issues and challenges Congress must solve in order to have effective healthcare reform.

Sermo — the physician-focused community —  asked its members to pose a healthcare question they believe candidates must answer before they go to the polls on November 6th. Based on over 150 submissions and 440 votes from the community, the following two questions accounted for almost 50 percent of physicians.

Overall the results show physicians believe major healthcare changes are needed. The first question on tort reform refers to how pressures imposed by the U.S. legal system have changed the way doctors practice medicine towards a defensive rather than an evidence-based approach. The second question affirms the widely publicized fear of a near-term shortage of physicians, perhaps because students will be discouraged to attend medical school, but also because today’s doctors feel they need additional incentives to stay in practice.

These findings are further supported by additional Sermo research over recent months. In July, 65 percent of 1,233 Sermo physiciansindicated they would order fewer tests in their everyday practice “if tort reform efforts resulted in a mandatory $100,000 cap on all malpractice awards, regardless of case and location.” Also in July, 20 percent of 822 Sermo physicians said they believe they will leave the medical profession within five years, with another 28 percent indicating they plan to retire.

Other commonly submitted questions ranged from requests for proposals in order to cut costs and promote healthier lifestyles to various politically charged topics.

“Physicians that were once autonomous are now questioning their choice of profession. If key structural changes are not made, we are at serious risk of losing and reducing the number of new skilled practitioners in this country, further compromising quality of care for future generations,” said Jon Michaeli, SVP Global Community and Marketing at WorldOne, which owns Sermo. “The situation is dire, and Congress can no longer afford to lend a deaf ear to the experts on the front lines treating patients each and every day.”

2012-11-04
PhysiciansNews.com
Share
Previous How The Health Law Might Be Changed By The Next President
Next Election Will Decide Health Law’s Future