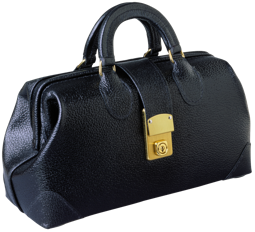 Last Thursday Dr. L. Markham McHenry, a family physician, held a meeting with some patients to tell them about changes he was planning. After 15 years of working in a private practice, the Scottsdale, Ariz.-based doctor is in the process of transitioning to a subscription-based model.

His patients, who he said come from a range of economic backgrounds, will pay an annual fee of $3,000. In return, McHenry will limit his capacity to 400 patients a year, spend more time with each one, and be able to focus on preventing and treating chronic diseases like diabetes and obesity.

“I don’t think patients should just pay for convenience,” he said regarding the new practice model that he adopted from n1Health. “It wasn’t until I found the value added that I thought this was worth offering.”

A new report projects the number of physicians who practice independently — rather than become employed by medical groups  or systems, for example – will fall to 36 percent by 2013, from 57 percent in 2000. And, for those who remain in private practice, one in three may choose this type of ”subscription” approach over the more traditional formats, according to the study conducted by Accenture, a research and analysis firm.

Based on a survey of 204 physicians split evenly between both primary care and other specialties, the researchers found doctors are increasingly open to new business models, especially those that might limit paperwork demands and overhead costs.

Subscription models can vary from concierge practices that may charge as much as $30,000 a year for a personal, readily available physician, to direct-pay models in which patients pay much less — usually an annual enrollment fee of about $200 or monthly membership and primary care fees that average about $60 a month. In exchange, patients have access to things like same-day appointments,  online prescriptions and e-mail communication with providers.

Dr. Kaveh Safavi, managing director of Accenture Health, pointed out two driving factors behind physicians’ transition to these models: to stay independent rather than join a corporate group and to maintain or grow their salary.

“Basically they’re saying, ‘Why don’t we provide a higher level of service and still have a strong economic position,’” he said.

Business costs, managed care and electronic medical records led doctors’ list of concerns. Physicians are also seeking to control the number of patients they see per day, since the models charge regular set fees to make up for a lower volume of patient visits.

For McHenry, the desire to better handle preventable diseases was one reason he chose to change his practice model. But he said the annual fee also allows him to maintain his current income and support the new technology he will need to practice independently.

Safavi said the subscription model is targeted toward higher paying customers, and providing more convenient, streamlined health care in exchange for the steeper cost. But he predicts it will have little impact on patients who rely on their insurance plans or on programs like Medicare and Medicaid.

2012-11-01
PhysiciansNews.com
Share
Previous Interview: ‘Doctors for America’ Wants to Put ‘Patients Over Politics’
Next Who Are You Voting For, Doctor?