The Presidential Election and Physician Investments 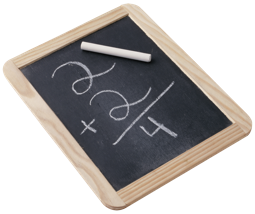 “Should I invest differently in an election year?”

This is a question investment managers receive and typically respond to with a furrowed brow hovering over a confused stare.   A good investment manager might respond by quickly explaining that the question is irrelevant if you have a well thought-out investment plan designed to reach your goals by carefully balancing your personal risk tolerance with an appropriate asset allocation.  Any other response should be met with a healthy dose of skepticism – but still, no one likes to be told their question is irrelevant.

I decided to investigate this query more closely for two reasons.  First, while skeptical of gleaning useful investment insights, research often uncovers unexpected benefits.  Second, the financial services industry is plagued by the chasm existing between what we as investment advisors want to explain versus what clients really want to understand.  My goal with this article is to shed some light on the investment due diligence process – and, answer the question.

Typically, we spend time reviewing the merits of a particular investment.  Often, we must evaluate an economic sector or, in this case, an investment theme.  I wanted to take an honest look at whether there is any statistical validity to some of the investment community’s common folklore surrounding election years.

That “folklore” has many faces, but for our purposes I’m primarily interested in whether the economy or markets dictate the winners or losers in presidential elections and whether there are any tradable patterns during the election year.

The 2012 U.S. Presidential election is in full swing.  For months now we have heard the refrain from the media that this election is all about the economy.  For many years, the financial media has placed great weight on the economy and employment statistics as dictating whether an incumbent will remain in office.

Can we gain an edge from an investment standpoint by understanding the impact of market and economic factors during an election year?

In many ways, this quest is part of the continuing search for what is meaningful information when making investment decisions versus what is “noise” (in the investment profession, we commonly refer to short term random fluctuations in market data as “noise.”  These movements have no discernible cause and are too fleeting to construct usable trading or investment strategies around).

Once we determine whether there is information that can be acted on, we must turn to the question of how one would execute on that theme.  In which security would we want to invest?  Would we want to buy or sell that security?  For what length of time would we want to maintain the position?  These are all questions that need to be analyzed.

Does the economy or market performance dictate the election?

The first question is whether there are any economic or market variables that can help us predict the presidential race?  After skimming many superficial articles, I targeted published statistical research that addressed this question within a scientific framework.

So, seemingly, the DJIA can predict the winner – but upon closer review: It’s not that simple.

A deeper reading of the research reveals that the DJIA as a predictor for whether an incumbent retains office works in a different way than previously thought.  According to the authors’ research, this indicator does not work because individuals feel wealthier or poorer as the result of the incumbent’s actions.  The DJIA is simply a proxy for the “social mood”, which cannot be directly measured.

Is this information actionable?

Now that we know that the true predictor of the election is the “social mood” of the electorate, as opposed to the economy, we now return to the question of whether this is “actionable” information.  Would we want to trade for ourselves or our clients on this information?  First, I should mention that, as a firm, we take a more strategic approach to investing.  That is, we utilize historical and forward-looking data to structure portfolios based on an asset allocation that is appropriate for a given clients investment risk-tolerance and return goals.  However, we are always on the look-out for miss-pricings or under-valuations that provide an opportunity to enter or exit a position at a favorable level.  That said, after reviewing this paper on the subject, there are a number of reasons why we would not attempt to “trade on the election.”

If you speak with investment clients every day as we do at OJM Group, the last couple of years have been interesting from a “social mood” standpoint.  For example, as of 7/31/2012, the S&P 500 Index was up 11.01% year-to-date.  However, when speaking to clients, it’s as if the market has been down for the year.  For the three-year period ending 7/31/2012, the S&P 500 is up 48.65%, however, this market bounce back from the lows of the financial crisis doesn’t have people excited.   The point is, people don’t feel like they’re making any money through their investments.  When taken in context over the past five or 10 years, this is easily understandable.  Though most investors who have stayed invested have made up for losses during the market dislocations of 2008-9, being back above even doesn’t get anyone excited and understandably so.   Furthermore, we’ve seen multiple periods of extreme market volatility over the past three years.  Although, this is anecdotal, I simply don’t feel like the past three years of stock market returns are as useful in gauging the “social mood” as similar historical periods.  Whether it’s conversations with clients, family or friends, it seems to me the “social mood” is not reflected in the past three years of market performance.

For this reason, I would not recommend trying to take an investment position utilizing the DJIA as an election predictor.  It’s an interesting topic and whatever happens in the current election will certainly be added to the market “folklore” that will arise again in the 2016 presidential election.  I’ll look forward to hearing the familiar question “should I invest differently in an election year?” And this time, I’ll have an answer ready.

Terry Allman CPC, CRPC ® is an Investment Manager and Qualified Plan Expert at OJM Group. He can be reached at (877) 656-4362 or Terry@ojmgroup.com. OJM Group, LLC (OJM) is an SEC registered investment adviser with its principal place of business in the State of Ohio. This article contains general information that is not suitable for everyone. The information contained herein should not be construed as personalized legal or tax advice.