Breaking News
Home / Medicine & Business / For Patients, What A Difference A Note Makes

For Patients, What A Difference A Note Makes

Doctors are required by federal law to provide patients with a copy of their medical notes upon request, but few patients ask and doctors generally don’t make the process easy.

When patients were offered online access, however, 90 percent read their doctors’ notes with some impressive results.

A study published in the most recent issue of the Annals of Internal Medicine found that 60 to 78 percent of patients who read their visit notes reported that they were more likely to take their medications as prescribed.  And their doctors reported that sharing their notes actually strengthened relationships with patients. 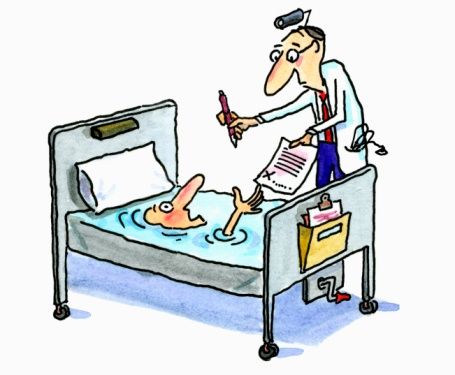 The study included 105 primary care physicians and 13,564 of their patients at Beth Israel Deaconess Medical Center in Massachusetts, Geisinger Health System in Pennsylvania and Harborview Medical Center in Washington, who participated  in a project called OpenNotes, in which patients were given electronic access to their files.

Study authors Tom Delbanco and Jan Walker of Beth Israel said they were surprised and delighted to find that patients who viewed their medical notes were more likely to take their medicines correctly. “Medication adherence is one of the greatest problems in health care,” said Delbanco, “yet flipping this switch seems to activate patients.”

As one patient explained, “having it written down, it’s almost like there’s another person telling you to take your meds.”

Patients also reported “an increased sense of control, greater understanding of their medical issues, improved recall of their plans for care, and better preparation for future visits,” the study authors write.

Despite concerns among participating physicians that sharing their notes would increase their workload, few of them reported longer visits or spent more time answering patients’ questions outside of visits.

One concern is that doctors may change the way they write their notes if their patients can read them. Since the same notes are shared with other doctors, this could have a clinical impact. As an example of a minor change, some doctors reported using “body mass index” in place of “obesity” to avoid offending their patients.

Blunt language, however, seems to have motivated some patients. “In his notes, the doctor called me ‘mildly obese,” one patient commented. “This prompted my immediate enrollment in Weight Watchers and daily exercise. I didn’t think I had gained that much weight. I’m determined to reverse that comment by my next check-up.”

“Our greatest hope is that this will become a standard of care,” said Walker. “We’re at a good time in history because more and more doctors and hospitals are getting electronic health records and putting up secure patient portals,” allowing many patients easy access to their records.

They add, however, that privacy implications could be enormous: 20 to 45 percent of patients reported that they shared their notes with others, including family and friends. A patient could also choose to post their notes on Facebook or Twitter. “The patient-doctor relationship is confidential,” explained Delbanco, “but whether it’s private is now up to the patient.”