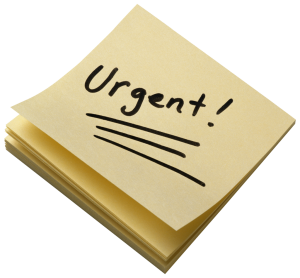 The U.S. Food and Drug Administration on Wednesday issued a Drug Safety Communication concerning three children who died and one child who experienced a non-fatal but life-threatening case of respiratory depression after taking the pain reliever codeine following surgery to remove tonsils (tonsillectomy) and/or adenoids (adenoidectomy).

The surgeries were performed to treat obstructive sleep apnea syndrome, a condition that results in repeated episodes of complete or partial blockage of the upper airway during sleep. The children received doses of codeine that were within the typical dose range.

Health care professionals and parents should be aware of the risks of using codeine in children who have had their tonsils and/or adenoids removed to treat obstructive sleep apnea syndrome. When prescribing codeine-containing drugs, health care providers should use the lowest effective dose for the shortest time on an as-needed basis. If parents or caregivers notice signs of overdose in a child, such as unusual sleepiness, difficulty being aroused or awakened, confusion, or noisy and difficult breathing, they should stop giving the child codeine and seek medical attention immediately.

“The FDA is currently conducting a review of adverse event reports and other information to determine if there are additional cases of inadvertent overdose or death in children taking codeine, and if these adverse events occur during treatment of other kinds of pain, such as post-operative pain following other types of surgery or procedures,” said Bob Rappaport, M.D., director of the Division of Anesthesia, Analgesia and Addiction Products in FDA’s Center for Drug Evaluation and Research. “The FDA will update the public when more information is available.”

Codeine is an ingredient found in prescription medicines used to relieve pain or cough. Once in the body, codeine is converted to morphine in the liver by an enzyme called cytochrome P450 isoenyme 2D6 (CYP2D6).

2012-08-16
Brad Broker
Share
Previous The Health Reform Decision: The Answer Begs the Questions
Next What Effect Will Health Reform Law Have on Businesses and the U.S. Economy?