Higher Payments Are No Cure For Doctor Shortage

Medicare should not try to address the shortages of doctors and health care providers in some areas of the country by raising reimbursements to lure practitioners there, the Institute of Medicine recommended Tuesday.

The committee concluded that while “there are wide discrepancies in access to and quality of care across geographic areas, particularly for racial and ethnic minorities,” those variations did not appear to be due to Medicare payments and were unlikely to be influenced by changes in rates. The report, which was commissioned by the Department of Health and Human Services, said:

The committee concluded that Medicare beneficiaries in some geographic pockets face persistent access and quality problems, and many of these pockets are in medically underserved rural and inner-city areas. However, geographic adjustment of Medicare payment is not an appropriate approach for addressing problems in the supply and distribution of the health care workforce. The geographic variations in the distribution of physicians, nurses, and physician assistants and local shortages that create access problems for beneficiaries should be addressed through other means.

The committee noted that Medicare last year started providing bonus payments to primary care providers and for general surgery in some underserved regions of the country through 2015. But a more sweeping adjustment of payments of the type the panel discouraged would be much more controversial, as it could lead to lower reimbursements in areas of the country with a surfeit of providers, since federal law requires geographic adjustments to be budget neutral. 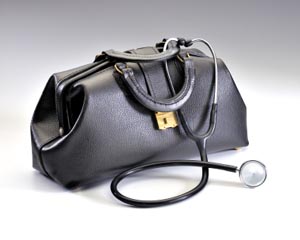 Instead of altering payments, the committee recommended that Medicare pay for services such as telemedicine that improve access to medical care in underserved regions. It also encouraged states to change scope of practice laws so that nurse practitioners can provide more care, something the institute has pushed for in the past.

Medicare already pays more to providers in areas of the country that are expensive to live or practice in. The first part of the Institute of Medicine study, released last year, recommended that Medicare make a “significant change” in the way it estimates these costs. Among the recommendations were that Medicare should use government data rather than hospital reports to calculate regional wages and to stop using the price of two bedroom apartments to estimate commercial rents.

In its new report, the committee performed statistical simulations of those earlier recommendations and concluded that for most doctors and hospitals, their reimbursements would change by less than 5 percent on average. The report added: “The change in practitioner payments, however, would tend to redistribute payments to metropolitan areas from nonmetropolitan areas, including some that historically have been underserved.”

Still outstanding are the results of a separate IOM committee looking into why Medicare spends more on patients in some areas of the country than others without always giving better care.