More than one-third of U.S. adults are obese, and obesity contributes to a number of health conditions, including high blood pressure, type 2 diabetes, and high cholesterol.

To help obese and overweight Americans who have been unsuccessful in getting their weight under control with diet and exercise, the Food and Drug Administration (FDA) has approved two new medications—the first drugs for long-term weight management that FDA has approved in 13 years.

Marketed as Belviq and Qsymia, these prescription medications would be taken for the rest of a person’s life. “For many people, obesity is a life-long condition, but we don’t always think of it—or treat it—as such,” says Amy Egan, M.D., M.P.H., deputy director for safety in FDA’s Division of Metabolism and Endocrinology Products (DMEP).

“Qsymia and Belviq are considered life-long therapies in patients who respond to and tolerate them,” says Egan.

The drugs are meant to be used in conjunction with a balanced diet and exercise, says Mary Roberts, M.D., a medical officer in DMEP. “These drugs are another tool to be used by someone trying to reach and stay at a healthy weight,” she says. 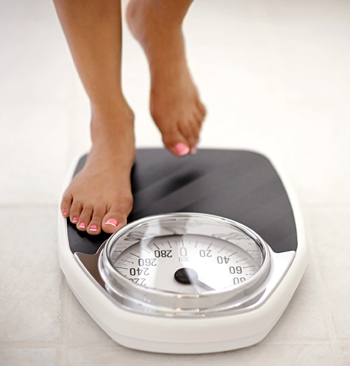 Are You a Candidate?

You may be a candidate for taking Belviq or Qsymia if you are at least 18 and:

Women who are pregnant or thinking of becoming pregnant should not take either of these medications, Egan says, because weight loss offers no potential benefit to a pregnant woman and can cause fetal harm. Qsymia carries a risk for birth defects (cleft lip with or without cleft palate) in infants exposed during the first trimester of pregnancy.

How Do They Work?

Belviq—the trade name for the drug lorcaserin— is a 10 mg tablet taken twice a day that works by activating a part of the brain that controls hunger.

Belviq was tested in three clinical trials that lasted from 52 to 104 weeks and included nearly 8,000 obese and overweight patients.

Belviq should be discontinued if a patient fails to lose 5 percent of their weight after 12 weeks of treatment, as it is unlikely that continued treatment will be successful.

Qsymia is a combination of two FDA-approved drugs: phentermine, an appetite suppressant, and topiramate, used to treat epilepsy and migraines. Roberts explains that Qsymia is taken once a day, with patients starting at the lowest dose (3.75 mg phentermine/23 mg topiramate extended-release), then increasing to the recommended dose (7.5 mg/46 mg). In some circumstances, patients may have their dose increased to the highest dose (15 mg/92 mg).

Qsymia, was tested in two clinical trials which included nearly 3,700 obese and overweight patients treated for up to one year.

Why has it been 13 years since the last diet drug was approved?

Eric Colman, M.D., deputy director of DMEP, says that drug companies have been testing potential new weight loss drugs, but none had proven effective and safe for consumers until now.

Before Belviq and Qsymia, the only prescription drug currently approved for long-term treatment of obesity was orlistat, marketed as Xenical. Orlistat is also sold over the counter in a lower dose as Alli.

But Colman explains that FDA has a long history with weight-loss drugs, one set against a backdrop of changing attitudes towards obesity. It wasn’t that long ago, he says, that vanity was considered the only reason to lose weight. That mindset has shifted over the last 20 years with recognition that obesity is a serious health concern.

FDA approved the first prescription obesity medication in 1947, an appetite suppressant called desoxyephedrine or methamphetamine. Over the next few decades, several more appetite suppressants were approved. In 1973, FDA limited all weight loss drugs to short term use, reflecting concerns about an epidemic of amphetamine use, Colman says.

The manufacturers of both Belviq and Qsymia will be required to perform long-term trials to examine the effect of these products on the risk for heart attacks and strokes.