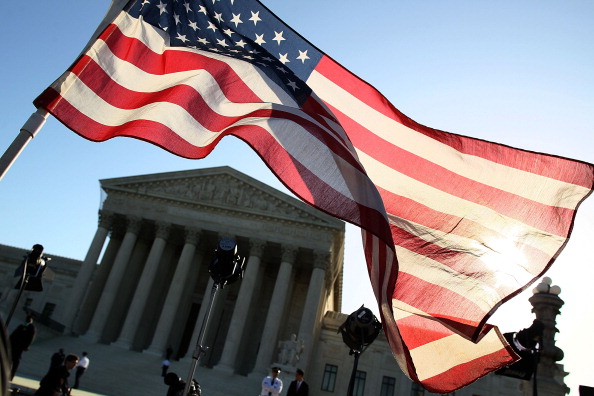 The recent Supreme Court and public arguments on health care issues have produced a clear consensus:  Walter Cronkite was right.  More than a decade ago, he said, “America’s health care system is neither healthy, caring, nor a system.”

People rail against our “two tiers” of preferential care, but the truth is far worse: We have multi-dimensional chaos.  Costs are out of control. Quality is more variable than people realize.  Price bears little relationship to value.  Virtually all involved – clinicians, patients, insurers, employers and biopharmaceutical companies – are dissatisfied and afraid that things are getting much worse.

Whatever conclusion the Supreme Court reaches on the Constitutional basis for President Obama’s massive reform legislation, perhaps it will spark our political leaders for the first time to instigate profound reforms we need in this seminal part of our economy.

The current structure and regulatory oversight of our health care system are more the result of politics than policy, and are designed primarily to serve special interests, not the public good.  At least three illustrations reside in the reform bill itself:

First, the powerful pharmaceutical industry won continued protection from “re-importation” of cheaper drugs in part because it agreed to fund an advertising campaign supporting the bill.

Second, health insurers refused to cooperate – and were punished.  Unlike anyone else addressed in the bill, insurance executives now have tax deductions for their compensation limited to $500,000 per year and their companies’ gross margins limited by law.

Third, “sin taxes” have been included that affect only those vices with no lobbying voice.  For example, the tiny and powerless indoor-tanning industry got hit with a hefty new 10% excise tax.  While indoor tanning isn’t healthy, why should larger industries that pose greater health threats – like obesity and diabetes – escape such tax treatment?

None of these provisions – nor dozens of similar others in the bill – are policy-driven.  They won’t improve the system.  Instead, they illustrate how far off the mark leaders in both parties are when it comes to what’s important in health care reform.

So the central question becomes what role government should play.  The current debate – “no role” versus “primary role” – is both naïve and narrow. The role of American government in championing American health should be to develop a characteristically American solution: one that decentralizes power, relies on individual choice, provides clear information and elicits individual accountability.  Our government should help create a fair market for informed consumers to get health insurance and health care.  And it should guard public safety.  Period.

1.       GET EMPLOYERS OUT OF HEALTH INSURANCE, AND INDIVIDUALS INTO HEALTHY CHOICES.  Most Americans have enjoyed health care coverage since employers began offering insurance more than 60 years ago, to circumvent World War II wage and price controls.  But 1940s logic makes far less sense today.  Our national condition is radically different; Americans today routinely move from job to job; the menu of insurance options has grown exhaustive; health care is much more expensive; and the cost burden of effectively underwriting public health renders American companies less competitive in a world economy.  There’s also a deeper dynamic to consider:  When people bear financial consequences of their health decisions, they’ll accept more responsibility in protecting their health.  The transition – perhaps using vouchers, which recipients would be required to apply toward insurance – wouldn’t be simple or quick.  But it could be the first step in a fundamental shift toward full individual accountability and effective market dynamics.

2.       OPEN A FAIR NATIONAL MARKET FOR HEALTH INSURANCE.  Imagine a scenario where all health plans throughout all 50 states are compelled to accept all applicants. They all consistently offer a handful of standard coverage plans that can be understood by real people.  They all accept preexisting conditions, cannot be cancelled when purchasers get sick, and are entirely portable when people get laid off, take new jobs or move. Insurance premiums could increase over time – transparently and based primarily on age – and carriers could add custom plans.  But vanilla choices must be crystal-clear and accessible to a typical consumer.

3.       ENABLE INFORMED INDIVIDUAL CHOICES BY PROVIDING PUBLIC INFORMATION ON QUALITY AND COST OF CARE AND PROVIDERS.  Give hospitals and physician groups the choice of reporting on the quality of care they provide, disclosing candid patient reviews and outcomes information, providing standardized price information (similar to what the SEC requires for financial institutions) and offering patients a fair appeals process.  Those who elect to participate would largely be insulated from devastating malpractice suits by limiting liability to a worker-compensation-like schedule.

4.       REFORM MEDICARE AND MEDICAID.  A good start would be recalibrating Medicare to do what it’s meant to – cover the last few years of life.  Since the program was launched, life expectancy has grown so dramatically that recipients are living decades longer than its funding structure can sustain. The obvious fix is to gradually increase eligibility age to reflect reality, and constantly recalibrate to cover a set number of twilight years.  Those with low incomes would get a government subsidy to purchase individual health insurance in what would be a much more-competitive individual market – or be covered by Medicaid.

5.       UPDATE REGULATIONS TO LET THE MARKET WORK.  Our current system is a patchwork of Band-Aids holding together a host of outdated programs – and accordingly requires a host of reforms.  We need to encourage development of more flexible, cost-effective business models for delivering care, and facilitate greater use of paraprofessionals (as in the legal sector).  The Food and Drug Administration should focus on two manageable and useful targets: establishing safety and disclosing efficacy.  That alone would reduce the cost and time necessary to bring drugs to market.

Are these suggestions practical?  Indeed, yes.  They simply apply well-established principles to a sector that has long been artificially insulated from the realities of our economy.  The transition will be challenging, but the result will be a health care system that is fair, humane, efficient and enduring.

Granted, it’s a tall order – getting employers out of health insurance, making individuals accountable for health and appointing regulators who understand the burden of ossified systems.

So the fundamental question is this:  Can 308 million Americans motivate 535 fellow citizens on Capitol Hill – and an important few others nearby – to find courage to make these changes?