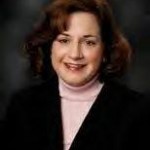 Long before the contentious passage of the Patient Protection and Affordable Care Act of 2010, and the Supreme Court hearings on healthcare reform, there was a silent, steady, movement underway to inextricably alter the practice of medicine.  For years, performance in medicine was determined by a patient’s outcome.  Today, the performance measures of value-based purchasing (VBP) and pay-for-performance (P4P) programs have reprioritized healthcare causing many to speculate whether these programs actually improve quality of care, or are merely a notch on the political tool-belt of lobbyists.

Broadly defined, P4P programs are performance-based payment arrangements which align financial rewards with improved outcomes and changed behavior.  The impetus behind P4P originated in response to rising medical costs, growth in chronic care conditions, and consumer demands for efficiency and improvements in the quality of care.[1]

Despite growing popularity, financial incentives in healthcare are nothing new.  One of the earliest P4P programs was launched by U.S. Healthcare, now Aetna, and HealthPartners in 1985 and 1993, respectively.  Today, there are more than 170 P4P programs nationwide; a sharp increase from the mere 10 which existed in the 1990s.[2]

What Gets Measured, Gets Managed

It has been said that before something can be improved it has to be measured, which implies that what needs improvement can be quantified.  P4P programs typically include three kinds of performance measures: (i) structural measures, which engage key systems to improve quality of care; (ii) process measures, which assess performance against evidence-based guidelines and protocols; and (iii) outcome measures, which focus on a patient’s progress and condition.[3]

The statistical methodology of P4P has two major defects.  First, it is vulnerable to the weaknesses of all statistical analyses: biased measurements; inadequate sample sizes; and the manipulation of definitions and data skewed in favor of private interests.[4]  Second, and more importantly, P4P measures fail to take into account the cornerstones of the practice of medicine: diagnostic skill; clinical judgment; and the sanctity of the physician-patient relationship.[5]

So who is doing all this measuring?  More than 90 percent of America’s health plans utilize the Healthcare Effectiveness Data and Information Set (HEDIS) as a tool to measure performance and services.  Similarly, the National Committee for Quality Assurance (NCQA), the Leapfrog Group, JCAHO, and the American Medical Association Physician Consortium on Performance Improvement (AMA-PCPI) work to build scientifically valid, evidence-based, guidelines to measure performance. 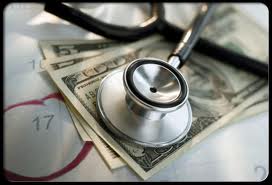 Where there is Money, there is Politics

A central concern with P4P is its potential to shift the locus of clinical decision making from clinicians to bureaucrats.[6]   Over the years, this concern has spurred considerable controversy amongst conservatives and liberals alike, and has prompted the American Medical Association (AMA) and the American Academy of Family Physicians (AAFP) to rigorously advocate the sanctity of the physician-patient relationship over competing financial interests.

Despite the contention, many public and private-payers continue to embrace P4P programs as the next best thing since sliced bread. When questioned as to the viability of these programs, Newt Gingrich, former speaker of the House, commented that, “Health care is one of the most archaic systems in the United States today.  It is a stunningly inefficient system that protects and defends an entire range of incompetent, inefficient, and destructive behaviors. The current fee-for-service, transaction-based model, is designed to optimize somebody’s income rather than the quality of health care quality.” Gingrich surmised, “We ought to define the performance we expect, and then align payments to fit the performance.”[7]

Irrespective of political pressure, the AMA remains unequivocally opposed to P4P measures that are untested, clinically irrelevant, or are chosen not because of their potential to improve quality, but to control costs.[8]  In an effort to police the efficacy of government and private-payer programs, the AMA has developed a stringent set of principles that promote: quality of care; fostering of the physician-patient relationship; voluntary physician participation; use of accurate data and fair reporting; and fair and equitable program incentives.[9]

Tough not every P4P program is critiqued in accordance with AMA principals, to follow are several programs implemented by the Centers for Medicare and Medicaid (CMS), which remain under careful observation:

The 2012 Physician Quality Reporting System (PQRS) is a voluntary reporting program that compensates physicians for submitting data on selected performance measures regarding Medicare patients.  Because no physician profiling is done, many of the AMA’s P4P principles do not apply.

PQRS provides eligible professionals with an incentive payment of 0.5% on all Medicare Part B physician-fee-scheduled professional services satisfactorily reported during a 6-month (July 1, 2012 through December 31, 2012) or 12-month (January 1, 2012 through December 31, 2012) period.[10]  The two major components of the PQRS are: (i) a unique denominator that describes the eligible case for measure by ICD-9-CM, CPT Category I, HCPCS codes, and patient demographics (age, gender, and place of service); and (ii) a numerator that describes the clinical action by CPT Category II codes and G-codes.[11]

Participants who fail the validation process may request an informal review, in writing, within 90 days from the release of the feedback report issued by CMS.

On February 28, 2012, CMS released the much anticipated dry run of its Hospital Value-Based Purchasing (VBP) Program.  Under the program, CMS will withhold a portion of Diagnosis-Related Group (DRG) payments each year (1% in FY 2013 and gradually increasing to 2% by FY 2017), and redistribute these funds as incentive payments to hospitals based on improvement and achievement in two domains: (i) Clinical Process of Care, which contains 12 measures; and (ii) Patient Experience of Care, which contains eight dimensions from the Hospital Consumer Assessment of Healthcare Providers and Systems Survey (HCAHPS).[13]

Participating hospitals will be notified, on November 1, 2012, of the “exact” amount of the value-based incentive payment, through the hospital’s QualityNet system.  Presently, there is no appeals process in place to challenge performance scores; however, CMS plans to propose a process in accordance with Section 1886(o)(11) of the Social Security Act, in the near future.[16]

As the number of P4P programs have grown, disparity and inequity of treatment has also increased. [17]   Since the primary object of P4P is to reward providers for improved efficiency related to the treatment of specific elements of a single disease or condition, many patients with multiple chronic conditions, such as the elderly, have fallen prey to the report-card mentality encouraged by these lucrative incentives.

Many providers caution that, “The spread of incentive payments raise concerns that physicians might emulate cherry-picking and lemon-dropping behaviors (a related practice of terminating care for difficult, costly or otherwise unwanted patients) as a means to augment their pay-for-performance ranking.” [18]

Although empirical research on the effect of P4P practices on healthcare disparity is limited, research shows that P4P practices have unintended consequences; especially in rural areas with predominately minority or socioeconomically disadvantaged populations.[19]  Unintended consequences include patient dumping, reduction in income for physicians, and focusing on quality measures at the exclusion of other, more pressing, clinical problems.[20]

In light of the complexities that continue to plague P4P, many providers and payers are exploring Provider Performance Incentive Plans (IPPIPs), Alternative Quality Contracts (AQCs), and Accountable Care Organizations (ACOs) as viable alternatives to traditional P4P programs.  While many of these programs are not radically different from other efforts to improve the cost-effectiveness of healthcare delivery, their innovation lies in the flexibility of their structure, payments and risk assumption.[21]

Most recently, ACOs have taken the lead in this transition.  On April 10, 2012, CMS released the much anticipated list of designated healthcare entities which will serve as the first ACOs in the Medicare Shared Savings Program.  The entities which include more than 10,000 physicians, 10 hospitals, and 13 physician-led practices in 18 states, will serve an estimated 375,000 Medicare beneficiaries nationwide.

Jonathan Blum, director of the Center for Medicare at CMS, said that he anticipates, “The new ACOs will have more success in controlling healthcare costs than similar payment and delivery reform projects of the past.”[22]  Similarly, Marilyn Tavenner, acting CMS administrator, boasts, “We are encouraged by this strong start and confident that by the end of this year, we will have a robust program in place, benefitting millions of seniors and people with disabilities across the country.”[23]  Alas, only time will test the validity of these statements!

While the future of healthcare is uncertain, one thing is sure: physicians must remain ever vigilant against incentive methodologies and outcome-based reimbursement models which restrict their freedom to practice medicine in accordance with their conscience, medical ethics, and sound medical judgment.

2012-05-03
Brad Broker
Share
Previous An Invisible Threat
Next Information Overload: Why Does That Valuator Want So Much Information To Value My Practice?