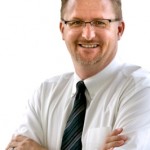 I recently read an article published in The Wall Street Journal on February 9th titled “New Way to Pay Doctors.”  It made me realize how fundamentally flawed the debate surrounding our health care system has become.  The article describes how several health insurance companies are planning to change the way they pay doctors in order to reduce the cost of care.  It suggests that profit-driven doctors are carrying out unnecessary procedures, causing inflated health care costs.  It also mentions that insurance companies like United HealthCare, WellPoint and Aetna are looking to revise the way they pay physicians to help counter this “fundamental flaw.”

Having worked for almost 20 years in the managed care industry and for the past seven as a physician and managed care consultant, representing thousands of physicians across the United States, to say that this article raised my blood pressure would be an understatement.

I find it insulting that insurance companies like United HealthCare continue to point fingers at physicians as the root cause of health care inflation; it’s ridiculous and hypocritical.  As with any industry, I’m sure there are bad doctors out there motivated solely by personal profit; however, taking an example of one bad apple and leaping to the conclusion that it’s widespread is nothing short of irresponsible, dishonest and illogical. 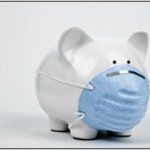 Here’s what really gets me: the hypocrisy of a “for profit” insurance company chiding physicians.  Consider the source: United HealthCare.  A few years ago, a former United HealthCare CEO got in trouble for backdating more than $1 billion in stock options, and when forced to leave, he received the largest golden parachute ever given to a U.S. CEO.  He also went home with a $6.5 million lump sum and a lifetime salary of $5 million per year.  That’s not to mention, the $800 million of backdated stock options that he was allowed to keep by Securities and Exchange Commission.  Now I’m not saying that in a free market economy we should limit salaries, but what I am saying is that it’s hypocritical to pay a disgraced CEO that amount, and then take high moral ground and scold someone else, physicians for that matter, for possibly being motivated by profits.

WellPoint is another prime example of corporate hypocrisy.  When WellPoint merged with Anthem, there was conflict over the amount of money the top executives from the two companies would receive from the deal.  Numbers in the hundreds of millions of dollars were reported.  Again, I’m not asking these executives to give back that money, but simply to stop the duplicity of cashing huge paychecks on Friday, and then on Monday telling the rest of the country that doctors are greedy.

The problem with health care inflation is not that physicians are increasing their incomes by performing unnecessary procedures and testing.  If it were, we would expect to see physician incomes increasing over the last decade or so, which isn’t the case.  There have been multiple studies over the last 20 years that show physician income in decline when adjusted for inflation.  During these same periods, other professionals have seen incomes increase.

So where does this leave us?  We still have a major problem with health care costs, and really no viable solution.  We need to have an honest discussion and accept the fact that we can’t provide everything for everyone.  We need to establish what we can cover, and what will be the individual’s responsibility.  Consider how we handle feeding the poor in this country:  We provide food stamps to people who otherwise may not be able to feed themselves.  This assistance provides for the basic needs of these people, not for dinner at a 5 star restaurant every night.

Why should the health care discussion be any different?

Finally, we need to stop laying all of the blame on the physicians.  When an insurance company says they are going to change “the way” they pay physicians, what they really mean is that they are going to change “how much” they pay physicians.  This is a very dangerous road to travel with potential for a catastrophic conclusion.  Where will we be in a few years if we drive down physician income so much that no one wants to become a doctor anymore?  Imagine a shortage of physicians and an influx of patients added to our health care system.

Year 2020: Welcome to the self-service clinic.  Please type your symptoms into the computer.  The computer will print out your prescription.  If surgery is necessary, we will put you on the waiting list and hope for the best.