A Challenging Road Ahead for America’s Physicians

By  Louis J. Goodman and Timothy B. Norbeck

This year promises to be a watershed year for healthcare in general, and for patients and physicians, in particular.  No matter how the U.S. Supreme Court determines the constitutionality of the Patient Protection and Affordable Care Act (PPACA), 2012 will be a crucial turning point in the delivery of healthcare.

During the Congressional passage of the PPACA, White House advisors acknowledged that the economic forces in the legislation would accelerate physician employment by hospitals and larger physician groups.  As mentioned in the “Roadmap for Physicians to Health Care Reform,” the “private” part of private practice for physicians is disappearing.  Currently, more than 80 percent of visits to physician offices have been to practices with five or fewer physicians.  That will change drastically as more physicians feel pressure to move into larger groups or become employed by hospital systems.  Through October of 2011, there have been 71 hospital mergers. All of this will change the face of the delivery aspect of health care, but a question remains: will it be for the better or worse?

Expert opinion is almost universal that there is a present shortage of physicians, especially those in primary care and those practicing in rural areas.  This is a workforce problem that must be addressed now, but it seems to be lost in the debate over the PPACA.  The Physicians Foundation recognizes the shortage problem and recently awarded a large grant to The Cecil G. Sheps Center for Health Services Research at the University of North Carolina at Chapel Hill to develop a dynamic web-based projection model that can be continually updated to track ongoing physician workforce needs across the country.  Information gleaned from the UNC research will further enhance efforts to identify where physicians are most needed to support patients in a growing healthcare system.  Thirty-six percent of practicing physicians are over age 55 and may retire by 2020.  According to Physician Foundation surveys conducted by Merritt Hawkins in 2008 and 2010, fewer physicians are seeing Medicare patients or taking on new Medicare patients.  With 10,000 baby boomers becoming eligible for Medicare every single day, the survey results do not bode well for access to care for Medicare patients.

Why do we have fewer physicians seeing Medicare patients at the very time that we need more of them?  First of all, the Sustainable Growth Rate (SGR) used to pay physicians under Medicare, singles out physicians for financial punishment in the form of payment reductions when volume of service increases.  With an aging population and increasing numbers of chronically ill elderly people, of course the volume of services continues to rise.  However, unless Congress steps in and acts promptly, Medicare physician payments are scheduled for an average reduction of 27.4 percent effective January 1, 2012.  The Physicians Foundation joins all other medical associations and the AARP in warning of the dire consequences on patients’ access to care should this massive and unwarranted reduction go through.  The fatally flawed SGR must be fixed and the aforementioned 27.4 percent scheduled reduction must be stopped.

Much has been said about the PPACA, some good and some bad.  We would like to address the legislation from a physician’s point of view.  Physicians are extremely happy to have the American public insured and are delighted to have an end to the discrimination against their patients with pre-existing conditions. They also applaud the new focus on preventive care which should help lead to a healthier public.  As for the downside to the legislation, there was no SGR fix and no tort reform.  The PPACA also assumes a planned 30 percent reduction in physician fees scheduled under the SGR over the next three years.  Furthermore, and this is something that is largely overlooked when discussing the legislation, any physician’s office which mistakenly and by mere accident improperly bills too much for a Medicare visit, is subject to potential liability under federal fraud and abuse statutes. Before the PPACA, intent to commit fraud was necessary for a charge of fraud to be made, but now even an innocent error can result in prosecution.  Finally, and also overlooked by many, is the “translation” fee which must be paid by the treating physician.  If a physician treats a patient who doesn’t speak English and requires a translator, the physician is responsible for the translation fee.  In other words, the translator’s bill would probably exceed the physician’s reimbursement for the office visit! 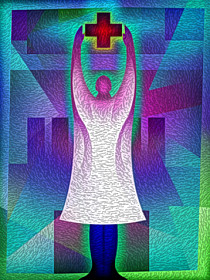 These issues and other pressures on physicians help explain some of the survey results from the 2010 Physicians Foundation Health Reform Research Study, and the numbers only become bleaker when comparing the results from our 2008 survey.  Only one-quarter of physicians surveyed said they plan to continue practicing as they are; while half reported that they would adopt a style of practice different from the traditional full-time independent private practice model.  Hence, the “private” in private practice is going, going, gone!

Clearly, increasing administrative burdens attributable to the PPACA requirements plus insurance, red tape and costly regulatory measures are having a likely negative effect on patient care.  Sixty-three percent of physicians surveyed claimed that non-clinical paperwork has caused them to spend less time with their patients and 94 percent said that the time they devote to non-clinical paperwork has increased over the past three years.  Ask any physician what he or she enjoys the most about practicing medicine and the response will be: “seeing, helping and interacting with my patients.” The increasing amount of regulations and paperwork are becoming a more formidable barrier to the joy of practicing medicine.  Add to that the declining reimbursements and difficulty in sustaining one’s practice, the constant threat of liability, decreased time with patients and low or no bargaining power with insurers, it is not surprising to note that general physician morale is low and getting lower.

A recent Robert Wood Johnson Foundation survey of physicians indicated that four out of five physicians agreed that unmet social needs are connected to declining health for many Americans. By the same ratio, they also agreed that addressing patients’ social needs are just as important as addressing their medical conditions.  An innovative Boston, Massachusetts organization called Health Leads interviewed local physicians about their needs in providing patient care.  Many expressed frustration that they could not help their poor patients beyond simply providing medical care – with housing, nutrition (food) or other resources that could improve their health.  Not only have these important issues been excluded from the health reform debate, they are largely ignored by policymakers.

With a substantial grant from The Physicians Foundation, Health Leads has been able to expand their efforts to train college student volunteers in five cities to “assist” physicians to “prescribe” food, housing and fuel assistance, or other resources for their patients – just as they do medication.  Patients then take those “prescriptions” to the Health Leads Family Help Desks located in clinic waiting rooms, where the volunteers “fill” them by connecting patients with those resources.  Most of the student volunteers (64 percent of who are pre-med students) end up choosing to go into primary care – another plus!

Generally exacerbating the overall workforce problem is the plight of medical students now coming into practice.  Graduates, on average, carry a debt of $156,000 and payments of up to $2,000 a month!  According to the American Association of Medical Colleges (AAMC), each member of the graduating medical school class of 2033 will face a $700,000 debt!

So what can be done to help physicians sustain their practices and have more time with their patients?  An obvious place to start would be to fix the unfair SGR – and promptly!  This Congressional and government inability to solve this problem reminds us of the late economist Milton Friedman’s observation on the inefficacy of government: If you put the government in charge of the Sahara Desert, he said, in five years there will be a shortage of sand.  And so it is with the growing shortage of physicians.  Congress should relieve physicians of onerous and time-consuming regulations and insurance red tape – which do not help patient care and only add to the cost of that care.  It should create more incentives for physicians to go into rural areas and find additional ways for medical students to pay off their medical school loans.  Build more medical schools and increase the number of the 25,000 residents and fellows completing their training every year.

Of course, the big question is: Where do you find the money to do all this?  Throughout America’s history, that question has been asked many times.  The obvious answer: If you have the will you can find the wallet.  America always has, if the issue is considered important enough.  It won’t be easy but healthcare delivery and its workforce are being challenged in a major way today, and it will only worsen tomorrow without Congress stepping up and addressing it.  As noted in Shakespeare’s Henry VI: “Delays have dangerous ends.”

Louis J. Goodman, PhD, is President and Timothy B. Norbeck is CEO of The Physicians Foundation, which is a nonprofit 501(c)(3) organization that seeks to advance the work of practicing physicians and to improve the quality of healthcare for all Americans. It pursues its mission through a variety of activities including grantmaking, research and policy impact studies. Since 2005, The Foundation has awarded numerous multi-year grants totaling more than $28 million.

In addition, The Foundation focuses on the following core areas: health system reform, health information technology, physician leadership, workforce needs and pilot projects.  As the health system in America continues to evolve, The Physicians Foundation is steadfast in its determination to foster the physician / patient relationship and assist physicians in sustaining their medical practices during this evolution. For more information, visit www.physiciansfoundation.org.