Twins Born in Different Years: What About Insurance? 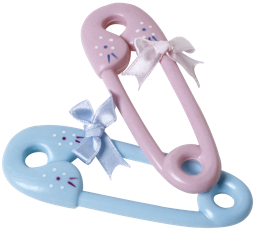 By the time newborn Freya Humenny joined her twin brother Beckett this past weekend, the calendar already had turned from 2011 to 2012. That means the twins always will have their own birthdays—but will they share an insurance statement?

The twin’s mother, Stephanie Peterson, gave birth to Beckett at 6:40 p.m. on Dec. 31, 2011,  at the Hennepin County Medical Center in Minneapolis, but Freya did not follow until 12:26 a.m on Jan. 1. And so after we ooh-ed and ahh-ed over the adorable pair, we had to ask: What could a case like this mean for a family’s insurance?

Paul Fronstin, director of the health research and education program at the Employee Benefit Research Institute, said that every case would vary based on the terms of a family’s policy. But, as an example, if a family had a high-deductible private insurance plan, a number of factors would be in play, according to Fronstin.

For one, there is the question of the family’s deductible.  Lots of prenatal services are covered as preventive care, but some are not.  If the family had not yet met their 2011 deductible, then the first of the births would be applied to that year’s deductible, while the second could apply to the next year. There’s also the question of whether the second birth would even be considered an expense for the new year or whether it would be tied to the mother’s original admission.

And as for the twins themselves, the second child’s expenses likely would be billed as new year expenses, but services for the first child, such as nights spent in a nursery, could span the two years—raising another set of questions about how to bill.

Fronstin said that while a hypothetical case brings up a number of questions, an insurer’s response won’t necessarily be complicated. “It could be as simple as it was so close to midnight that it doesn’t really matter,” he said. Recommence the oohs and ahhs.

2012-01-04
Brad Broker
Share
Previous Physician Mind Shift: The Emergency Department in an ACO World
Next A Challenging Road Ahead for America’s Physicians