As the year draws to a close, it is time for medical practices and medical professionals to review the current year’s financial activity and determine if any tax planning opportunities are available to help reduce their overall tax burden. Below are some tax planning tips that can be utilized before year-end that can greatly reduce your tax burden.

The biggest and easiest 2011 tax-saving opportunity is the accelerated depreciation available until the end of 2011. For many physicians, the purchasing of new equipment can give rise to large deductions in the year the equipment is purchased. Depreciation can be accelerated based on two available tax provisions: bonus depreciation and Section 179 expensing.

Bonus depreciation. For qualified assets acquired and placed in service through Dec. 31, 2011, the additional first-year depreciation allowance is 100%. Among the assets that qualify are new tangible medical equipment, computers and off-the-shelf computer software. Additionally, some leased equipment may also qualify, depending on the terms of the lease.

With a few exceptions, bonus depreciation is scheduled to drop to 50% in 2012. You may want to purchase and place in service qualifying assets by Dec. 31.

Although taking bonus depreciation and/or Section 179 expensing deductions now gives you and your practice immediate deductions for your equipment purchases, it also means you are forgoing deductions that could otherwise be taken later as normal depreciation. In some situations, future deductions could be more valuable. For example, tax rates for individuals are scheduled to go up in 2013, which means flow-through entities, such as partnerships, limited liability companies and S corporations, might save more by deferring the deductions. 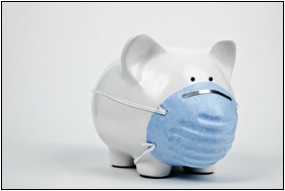 Many medical practices offer retirement contribution plans, such as 401(K) plans, for their employees. In 2011, the maximum amount that can be contributed by an employee is $16,500 and $22,000 for participants over 50 years old.  By adding a profit sharing plan in addition to a 401(K) plan, owners of medical practices can increase the amount contributed toward their retirement to $49,000.  Although the practice would need to make a contribution for all eligible employees, the plan may be able to be structured to allow most of the contribution by the practice to go the owners. Additionally, the contribution, while deductible on the 2011 tax returns, does not have to be paid until the due date of the practice’s tax return, including extension.

Traditional income tax planning calls for deferring income to the next year and accelerating expenses into the current year. This defers taxes to the next year, which generally is beneficial — as long as you’ll be subject to the same (or a lower) marginal rate. Because the 2010 Tax Relief Act extended lower rates through 2012, in 2011 you have the opportunity to take advantage of this traditional strategy (unless you expect to move into a higher tax bracket next year).

But this opportunity isn’t without a challenge. Before taking action to time income and expenses, you must consider the alternative minimum tax (AMT). It’s a separate tax system that limits some deductions and doesn’t permit others, such as for state and local income, and real estate taxes and miscellaneous itemized deductions. It also treats certain income items differently. You must calculate your tax liability under both the regular and the AMT systems, and pay the AMT if your AMT liability is higher.

So without proper planning, deferring income or accelerating deductions could trigger the AMT or increase AMT liability this year or next. The acceleration of some deductions, such as state and local taxes and some unreimbursed business expenses, could provide you no tax benefit if you are subject to AMT tax.

Further complicating matters is the fact that, unlike the regular tax system, the AMT system isn’t regularly adjusted for inflation. Instead, Congress must legislate any adjustments. Typically, it has done so in the form of a “patch.” Such a patch is in effect for 2011 but not for 2012. This makes planning for the AMT — and thus properly timing your income and deductions — especially challenging this year.

While estate planning won’t necessarily affect your income tax bill, it’s a good idea to also consider your estate planning goals as year-end approaches. For example, the annual exclusion allows you to gift up to $13,000 per year per recipient, gift-tax-free without using up any of your lifetime gift and estate tax exemptions. But unused exclusions don’t carry forward. For example, if you miss the Dec. 31 deadline for making an annual exclusion gift to a particular family member, you cannot make double the gift under the exclusion the next year to make up for it.

The $5 million exemption presents an unprecedented opportunity to transfer substantial wealth to your loved ones tax-free. It may be especially valuable if you are holding assets you expect to increase significantly in value. Making a gift now will remove not only the assets’ current value from your taxable estate, but also all future appreciation on them.

We’ve discussed only a few of the 2011 tax planning opportunities and challenges. And it’s possible that tax legislation could be signed into law between now and Jan. 1, 2012, that would extend expiring tax breaks or make other changes for 2012 that would affect your 2011 year-end strategies. Further, changes in the economy, the markets or your personal situation could also have an impact. It’s critical to review your tax situation now with your tax advisor and revisit it if anything changes.

Michael J. Kline is a Certified Public Accountant. A partner in Citrin Cooperman’s Philadelphia office (www.citrincooperman.com), Kline is responsible for client service and quality control, and consults with clients on issues including ownership structure, entity decisions, audits, and multi-state tax and succession planning. Kline can be reached at mkline@citrincooperman.com or 215-545-4800.