I Have Cancer. And I’ve Never Felt Better! 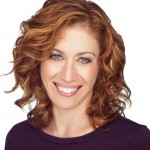 In 1998 I wound up in a South Florida emergency room following a week of nausea, vomiting, and frail-octogenarian-like weakness. After a brief exam, an overnight stay in the hospital, and an endoscopy, the internist sent me home with motility drugs to combat his diagnosed cause of my problems — gastroparesis. That was the start of my nine-year illness, which was misdiagnosed at every turn. Mine is a story of how I survived a medical odyssey that included a tumor on my pancreas as well as metastases to my liver and chest.

During that decade I endured bouts of similar attacks as well as gallstones, hypoglycemia, a bizarre affliction of multiple trigger fingers, hives, and a laser of pain in the upper left quadrant of my abdomen. Doctor after doctor diagnosed me with gastroparesis, IBS, or functional dyspepsia and put me on motility drugs, proton-pump inhibitors, and Elavil to ease the pain.

One attack in 2004 was so intense that my then-gastroenterologist sent me for an abdominal CT scan, which showed attenuation on my pancreas. I was immediately sent to the hospital with a diagnosis of pancreatitis. My doctor was heading out of town to celebrate New Year’s Eve in Las Vegas, so his partner cared for me in the hospital. (The old warning still is true: Don’t get sick over a holiday.)

An MRI taken the next day returned normal, but the doctor had me stay in the hospital another night for observation and more time on an IV to help my pancreas calm down in case it was indeed inflamed. I went home the following morning. Increasing my Elavil from 25 mg to 50 mg got rid of most of the pain, so for the next two and half years I just stayed on my meds and tried my best to ignore any discomfort. During that time, about a year after my hospitalization, I decided to officially switch over to my doctor’s partner for care after my doctor asked me why I had been taking Elavil. Apparently he wasn’t following my care as closely as I would have hoped.

By 2007 the pain overpowered the Elavil, so I visited the doctor once again. Not liking the word “pancreatitis” in my chart, my gastroenterologist wanted me to get a repeat CT scan to compare to the one from 2004. I fought against further testing. Frankly, I was sick and tired of being poked and prodded, but the doctor fought back harder. In the end I gave in, and I’m lucky I did.

The doctor called me a week later to tell me that the mass that was on my pancreas two and half years earlier was still there. My response: “What mass?” When his partner sent me to the hospital in 2004 for pancreatitis, he didn’t tell me there was a mass on my pancreas; he said my pancreas looked swollen. Regardless, my doctor was pleased that the mass appeared smaller on the film than it had in 2004, so he didn’t believe it was cancer, but he still wanted me to get a follow-up test.

On August 31, I underwent an endoscopic ultrasound with biopsy. The week of my 36th birthday, I heard the results from my doctor: “You have cancer, but not really cancer.” 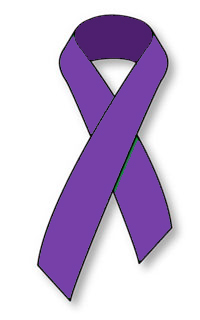 By now, you in the medical community might have figured out what I have—neuroendocrine cancer, islet cell to be specific (just like Steve Jobs). The doctors assumed that I had an insulinoma given my bouts of hypoglycemia, and I was told that by removing the tumor, I would be cured. Luckily for me the tumor was located on the tail of my pancreas, which meant that I would not need a Whipple procedure. To be safe we also needed to do one more test — an octreoscan — to confirm that the disease had not spread. If it had there would be no chance for a cure, but I was told that it would be extremely rare for that to happen.

If you don’t know, with an octreoscan, the patient is infused with Indium-tagged octreotide, which is a natural hormone that can be picked up by neuroendocrine tumors if they have a specific receptor. If my tumor had that receptor, it would show up under the scanner.

As it turns out, my tumor did, and so did the mets that had formed in the right lobe of my liver and in my mediastinum. I went to an oncologist the next day.

“If I were you, I’d leave the tumors where they are and just take a monthly injection of octreotide [to flood the tumors and stop them from secreting insulin],” the oncologist said. “You won’t live until you’re 80, but you’ll live a full life.”

I started looking for a different oncologist as soon as I left the building.

While other oncologists agreed with that doctor that removing the visible mets would not cure me due to the inevitability of micromets, no one else agreed that I should leave the primary tumor on my pancreas. It had made me incredibly sick for nearly a decade after all. Not only should I feel healthy again once it was removed, but with my body stronger, my immune system could be better equipped to combat the disease.

In November 2007, I had a distalpancreatecomy with splenectomy, and the well-differentiated tumor was removed. I began receiving monthly injections of octreotide (Sandostatin LAR) two weeks later. The oncologist I selected at the Moffitt Cancer Center believed that I would soon need a stronger treatment such as targeted radiation therapy — only available at the time in clinical trial in the Netherlands — because the octreotide could only be effective (if at all) for a year or two at most. But when I underwent tests to apply for the trial, the CT scan could not pick up any mets. Octreoscan still showed some uptake, but that would not be sufficient to participate in the trial. My oncologist instead had me continue with octreotide and return every six months for repeat scans.

I switched to an oncologist at Johns Hopkins in 2010, and he questioned the efficacy of octreotide for me. Because a three-day fast did not confirm the diagnosis of insulinoma, he didn’t believe that my tumors were secreting insulin, so the octreotide was probably of little to no value. He believed that my disease was simply indolent. I stopped taking octreotide that September and worried a bit that the tumors would begin to grow again, but they haven’t.

Four years ago my life was completely upended, but when I recovered from the surgery to remove the primary tumor, I felt superhuman with newfound energy and strength. I felt so good that I sought out whole foods that were entirely plant-based to make me stronger and committed to training for long-distance cycling events. I am now in the best shape of my life — with cancer.

I’m not sure why my disease stopped growing, but it has. Was it because the primary tumor was removed while the mets were still extremely small? Was it my plant-based diet and a new addiction to cycling? Was it the power of a positive attitude and reduced stress? Was it a combination of all of the above? Or none?

I don’t know, but I know that I’m not changing a thing. My body appears to be in balance, enabling my immune system to fight the disease on its own. I’m going to continue doing everything I can with my lifestyle choices to keep it that way.

I’m not sure what aspect of my story is of most interest to doctors, but I do think there is a lot to learn from it. The next time you chalk up chronic abdominal problems to IBS or some other “un-provable” condition, ask yourself it there might be an unusual root cause. Had my doctors found the tumor before it spread, I would have been spared from a decade of illness and an incurable form of cancer.

Ironically, I don’t believe that I’d be as healthy as I am today had my doctors found the tumor sooner. I wouldn’t be able to appreciate what “healthy” really feels like without seeing the other side. And for all I know, my healthy lifestyle is what’s keeping me alive.

Tracy Krulik is a fourteen-year cancer survivor who didn’t know she had it for the first nine years. A freelance writer and self-titled CEO of her health, Tracy is putting the finishing touches on her memoir I Have Cancer. And I’ve Never Felt Better! For more information visit http://tracykrulik.com.