Going mobile: How EHRs and mobile technology are shaping one physician’s practice 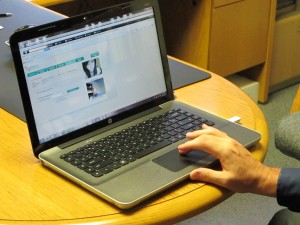 Two classes of physicians are slowly forming, those who use electronic medical records and digital mobile technology and those who stick with paper charts. You might call these the digital haves and the digital have-nots.

No one among my friends and colleagues has yet pooh-pooh’d the idea of mobile tech, but I admit that the mobile tech crowd is still fairly small in the world of electronic healthcare. The bottom line is that most doctors are still on paper charts.

In my case, though, my EMR and mobile technology are essential both to my work and my goal of having the highest efficiency possible in my practice.  In an effort to share how that works, I thought I’d take the readers on a field trip into my life and my year-and-a-half old private medical practice in Washington, DC.

In my office and on the road, I use Practice Fusion, a SaaS-based electronic health record. Practice Fusion has over 100,000 users and currently provides electronic medical records for more than 10 million patients.  The nice thing about any SaaS-based record is that doctors can log in just about anywhere with an internet connection.

One example of how this works for me came in mid-July, when I was at the New Jersey shore for a 5-day getaway. Unfortunately, there was a poor signal in the beach house for my personal MiFi 2200 device from Virgin Mobile. However, on the road home, the wireless signal was stronger and I was able to login to my EHR system, retrieve messages, review labs, and return patient phone calls. Thank goodness someone else was driving!

Another example of my love affair with mobile health technology: I found myself lying in bed surfing the Net one night when my iPhone rang. It was my after-hours answering service calling to let me know that my patient, a young man with diabetes had run out of his insulin and needed help immediately.

In a flash, I called him back, and with my wireless MacBook Air sitting on my chest, I opened up a new tab in my Safari browser and logged into Practice Fusion.

After opening his file, reading his medication list and verifying that the patient was still using the same pharmacy to which I had previously e-prescribed his medications, I sent in insulin refills with a few clicks. It took me about three minutes in total, without even getting out of bed. Easy.

So, am I suggesting that this approach would work for everybody, in every situation? Not necessarily.  As with any technology, mobile EMR use has limits. For example, I’ll admit that although doctors can reportedly access Practice Fusion using a Logmein app to run on the iPad, it’s apparently not the same as using PF via a native iPad app. (To be fair, I’ve not tried this and don’t know the basis for the concern.)

Generally speaking, though, being a mobile-friendly physician isn’t very tricky. In fact, I would say that this should not be any more of a hassle that upgrading to the next cell phone every few years. Sure, things might get more complicated if you use multiple mobile devices, but so far it’s been manageable for me.

I recommend that any physician who’s uncertain give mobile technology a try. After all, if you’re going to use an EHR, you’ve already made a commitment to digital patient management. At that point, going mobile is just a no-brainer.

Dr. West is an endocrinologist in private practice in Washington, DC.  He completed fellowship training in Endocrinology and Metabolism at the Johns Hopkins University School of Medicine. Dr. West opened The Washington Endocrine Clinic, PLLC, as a solo practice in 2009.  He blogs regularly at The Happy EMR Doctor and can be reached by email at doctorwestindc@gmail.com.