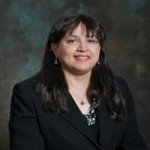 Most of us recall the literary character Dr. Watson who served as the steadfast confidant, supporter, physician and assistant to the brilliant detective Sherlock Holmes.  Now there is a new Watson in our midst, an artificial intelligence computer developed by IBM and named after IBM’s first president Thomas J. Watson.

After handily defeating the formidable human Jeopardy champions, Brad Rutter and Ken Jennings, Watson’s developers have expanded the computer’s medical databases to create what may become the ultimate digital collection of medical information. However, what truly sets Watson apart is that it can analyze facts gathered in natural language and generate differential diagnoses.  It even assigns a ranking to each diagnosis based on its understanding of medical knowledge in textbooks, journals, and case reports.

At a recent demonstration for The Associated Press, Watson was asked to consult on a fictional patient with an ophthalmic disorder. As additional symptoms, medical history and personal information was presented — blurred vision, family history of arthritis, Connecticut residence — Watson’s suggested diagnoses evolved from uveitis to Behcet’s disease to Lyme disease. It gave its final diagnosis a 73 percent confidence rating.  Dr. Herbert Chase, a Columbia University medical school professor and Watson consultant commented that “You do get eye problems in Lyme disease but it’s not common… you can’t fool Watson.”

IBM’s Dan Pelino, general manager for global health care said possible future uses for Watson include allowing a doctor to connect to Watson’s database by speaking into a hand-held device using speech-recognition technology with cloud computing serving as the database for the most advanced research.

There is little doubt that Watson will help physicians with a major problem in modern health care: information overload.  The potential to have immediate access to every resource of evidence based medicine is exciting.  However, Watson developers and consultants will go a step further. Dr. Chase stated that anecdotal information — such as personal blogs from medical websites — may also be included.

Chase remarked, “What people say about their treatment … it’s not to be ignored just because it’s anecdotal. We certainly listen when our patients talk to us, and that’s anecdotal.”

This is where the issue of Watson’s involvement in medical practice becomes a slippery slope.  Since Watson has the ability to interpret natural language will it be able to listen to patient’s complaints, analyze them and give a differential diagnosis?  Watson could become the ultimate physician’s assistant.  In fact, with the increasing reliance on “apps” one might wonder if Watson could truly become “Dr. Watson”.

I have always embraced new technology, reveling in the acquisition of every new smart phone technology, iPAD app and software innovation.  However, reliance on such technology to the exclusion of the human factor in the practice of medicine may lead to increased productivity but suboptimal patient care.  A balance must be achieved in the upcoming decade where technological tools are utilized to provide the physician with the evidence based medicine to assist in accurate diagnosis while allowing the irreplaceable intuition, compassion and humanity only we as physicians can provide.

Lynn Lucas- Fehm, MD, JD, is a radiologist at Abington Memorial Hospital and the 150th President of the Philadelphia County Medical Society.

2011-10-13
Brad Broker
Share
Previous The Five Cancers Most Likely To Push You Over The Financial Edge
Next Will You Conquer the Cash Crunch in Retirement?