How To Negotiate The Restrictive Covenant In Your Employment Contract 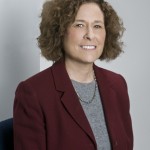 With economic pressures on physicians mounting and regulatory incentives to affiliate with larger entities expanding, an increasing number of physicians are becoming employees of larger medical groups or health care systems. Restrictive covenants are becoming a mainstay of physician employment agreements. While the American Medical Association Council of Ethical and Judicial Affairs has found them to “disrupt continuity of care, and potentially deprive the public of medical services”, it has found them “unethical” only if they are “excessive in geographic scope or duration … or if they fail to make reasonable accommodation of patients’ choice of physician.” At least eight states have invalidated restrictive covenants, including three that have specifically enacted statutes banning them; however, courts in New Jersey and Pennsylvania have upheld them as recently as 2005.

Restrictive covenants never benefit employees and in an ideal world, you would want to delete them entirely from your employment contract. However, in most cases, this cannot be achieved; therefore, if you are becoming an employee in Pennsylvania or New Jersey, you might benefit from some helpful pointers about how to negotiate restrictive covenants.

What is a Restrictive Covenant?

A restrictive covenant is a provision in an employment or purchase agreement that prohibits you from practicing medicine within a certain geographic area for a specified amount of time. Restrictive covenants are designed to protect the economic interest of your employer who is assumed to have spent time and money training you, introducing you to its patients and sharing confidential information to you.

Both Pennsylvania and New Jersey recognize the validity of restrictive covenants under certain conditions. In Community Hospital Group, Inc. v. Jay More, M.D., 183 N.J. 36, 869 A.2d 884 (NJ 2005), Dr. More, a neurosurgeon, left his employment at Community Hospital Group and joined a neurosurgery practice within the geographic area and time restricted by the restrictive covenant in his employment contract. The New Jersey Supreme Court concluded that a physician’s employer had a protectable interest in “protecting the investment in the training of a physician” in addition to traditionally recognized interests in confidential business information and affirmed the contract’s 2 year time period restriction; however, it “bluelined” the agreement, that is, it modified the agreement, to reduce the 30 mile geographic restriction so that Dr. More would be permitted to cover the Somerset Hospital emergency room that relied on his coverage to be able to provide neurosurgery services to its patients, thus protecting what the court viewed as the public interest. 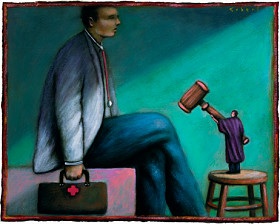 The Pennsylvania Superior Court in Wellspan Health vs. Bayliss, 869 A. 2d 884(PA Super 2008) agreed that physician restrictive covenants are permissible and enjoined Dr. Bayliss, a perinatologist, from practicing in Adams and York counties where Wellspan drew many of its patients since it concluded that a patient referral base was a legitimate interest of Wellspan; however, it “bluelined” the restrictive covenant to permit Dr. Bayliss to practice in Lancaster County because Wellspan didn’t compete with him in Lancaster County for maternal-fetal patients; thus, Wellspan did not have a legitimate business interest in preventing Dr. Bayliss from practicing in Lancaster County.

The bottom line is that, in Pennsylvania and New Jersey, restrictive covenants are likely to withstand judicial challenge if they protect a legitimate business interest of the employer, they don’t unduly harm the employed physician, they are “reasonable” in geographic scope and duration, and their enforcement won’t harm the public. However, many of the restrictive covenants proposed by employers arguably fail to satisfy these requirements and therein lies the negotiating opportunity.

Legitimate Business Interest of Employer/Scope of Practice.  Most restrictive covenants include some variation of language that restricts the employed physician from “directly or indirectly, as an employee, employer, contractor, consultant, agent, principal, shareholder, corporate officer, director, or in any other individual or representative capacity, engage or participate in any business or practice” that competes with the employer.  Since protecting the employer’s legitimate business interest is at the core of the restrictive covenant, the first question to ask is what kind of business opportunities would “compete” with your employer?

Not every form of medical practice or facility in which you might practice post-employment is likely to compete with your employer. For example, if, as an anesthesiologist you are employed by an anesthesiology group that limits its practice to hospital settings, you can argue that the group should not be able to prevent you from practicing at an outpatient pain clinic within the restricted area after you leave the practice. If you are a pulmonologist who is employed by a hospitalist group, the group arguably does not have a legitimate reason to prevent you from opening a general pulmonology practice within the restricted area. Thus, one approach is to list in the agreement the types of facilities that the employer considers to be a competitive threat.

Another approach is to carve out certain types of facilities that don’t threaten your employer’s business. For example, if you are employed by a pediatric practice that provides outpatient care primarily, you should be able to practice as a facility-based pediatrician. If you are employed by an internal medicine group that provides outpatient and hospital inpatient services only, you should be able to become the medical director of a nursing home in the restricted area. You might also identify in the agreement specific institutions at which you would be permitted to work.

Another approach is to propose, as the perinatologist defendant successfully argued in Wellspan, that your employer’s legitimate business interest does not extend to geographic areas from which it draws no patients. This might mean limiting the mileage restriction, the applicable counties, or some other geographic delineation in the restrictive covenant.

The first step is to map out the circumference of the restriction and note the medical facilities that are located within the proposed restricted area. Are there certain facilities or practices that you think you might want to join if this particular employment arrangement doesn’t work out? Note where these facilities or practices are located in relation to the proposed restricted area. For example, an employer might impose a 10 mile restriction from its primary office at 100 Montgomery Ave. in Ardmore, PA. If the facilities at which you might want to work post-employment are located 8 miles from the employer’s primary office, try to reduce the geographic scope to 7 miles.

Once the restrictive covenant is measured from more than one central point, for example, from all of the practice’s offices, the geographic restriction is increased exponentially. Thus, you should try to limit the restriction either to the practice’s principal office or to those offices or hospitals in which you primarily practiced as an employee within the last 12 months of your employment. Be especially careful about agreeing to be restricted from practicing within a certain number of miles from the employer’s future offices since introduces a degree of uncertainty that makes it difficult for you to evaluate the impact of the restriction.

Time. Most physician contracts restrict physicians from competing during the term of their employment and for one to two years thereafter; under most circumstances, this restriction would probably withstand a court challenge. However, if you have a one year contract, it might not be reasonable for the employer to impose a restrictive covenant that is longer than your initial agreement. Also, if you leave the practice within a short period of time, that is, before you’ve received the benefit of being trained by the employer, the restrictive covenant should not apply at all. You can argue for “tiered” applicability, that is, if you leave during the first year (especially if you are new to the area or just finishing your residency so that your ability to develop a significant practice within the first year is limited), no restrictive covenant should apply. If you leave during the second year, a one year restriction should apply; the two year restriction should apply only if you have been employed for at least 2 years by the employer imposing the restriction.

However, if the employed physician leaves due to the employer’s breach of the agreement, the restrictive covenant should not apply. (This means that you also have to pay attention to the contract’s termination provisions since many physician agreements fail to include a provision permitting the physician to terminate for cause, a necessary prerequisite to invoking this trigger.)

Nevertheless, in deciding whether a restrictive covenant is enforceable, courts invariably consider whether enforcement of the restrictive covenant is likely to injure the public. The More court specifically reduced the mileage restriction in Dr. More’s restrictive covenant precisely because his skills as a neurosurgeon were needed to provide coverage in a particular hospital’s emergency room. In an earlier Pennsylvania case, New Castle Orthopedic Assoc. v. Burns, 481 Pa. 460, 469, 392 A.2d 1383, 1387 (1978), the Pennsylvania Supreme Court reversed the grant of a preliminary injunction that would have prevented an orthopedic surgeon from practicing within a certain geographic area because it concluded that there was a shortage of orthopedic specialists in the geographic area; the orthopedic surgeon was permitted to practice in the restricted area to avoid harm to the public.  Considering the great weight often given to potential public harm by courts, you might be able to negotiate the complete elimination of a restrictive covenant if you are practicing in a rural area with a shortage of physicians in your specialty.

Liquidated Damages. An increasingly number of restrictive covenants include liquidated damages clauses. These clauses permit the physician to “buy her way out of the restrictive covenant.” The amount required to be paid should relate to the costs incurred by the employer in terms of patients lost due to the physician’s departure and recruitment and training of a replacement physician. One possible way of calculating these damages is to relate them to the physician’s annual compensation while she was an employee.

Dispute Resolution. Litigation is expensive and time-consuming. It is generally in all of the parties’ interests to expedite the resolution of disputes involving restrictive covenants. The American Health Lawyer Association has dispute resolution services that include both mediation and arbitration. Starting with mediation in these types of disputes often means a faster and more equitable resolution.