Barton Memorial Hospital in South Lake Tahoe, Calif., sent its 900 employees back to school in June to learn how to provide better service.

Their instructor: The Walt Disney Co.

“Disney understands guest services,” said Kathy Cocking, Barton’s vice president of operations. “And we’re not as good as we want to be.”

In classes at the hospital, two Disney consultants taught employees how to think more creatively, improve their attitudes toward their jobs and stressed that patients want not just good clinical care, but personal attention, too.

Barton is one of a growing number of hospitals seeking help from the entertainment giant whose theme parks and resorts are famed for meticulous landscaping and rigid employee service standards.

Since October at least 25 hospitals have signed on for multi-year consulting agreements that can include visits to Disney World to observe customer service operations as well as employee training sessions at the hospitals, said spokeswoman Stacey Thomson.

Disney officials attribute the increase in health consulting business to a provision in the new federal health law that requires Medicare payments to hospitals in 2012 reflect patient satisfaction ratings.

Medicare has been publishing patient satisfaction scores on its Hospital Compare website since 2008. Starting in October 2012, Medicare will begin withholding 1 percent of its payments to hospitals. That money — $850 million in the first year — will go into a pool to be doled out as bonuses to hospitals that score above average on several measures, including patient satisfaction.

“Everyone understands these scores will impact our livelihood and our future,” Cocking said. “That’s why we had Disney come here.” 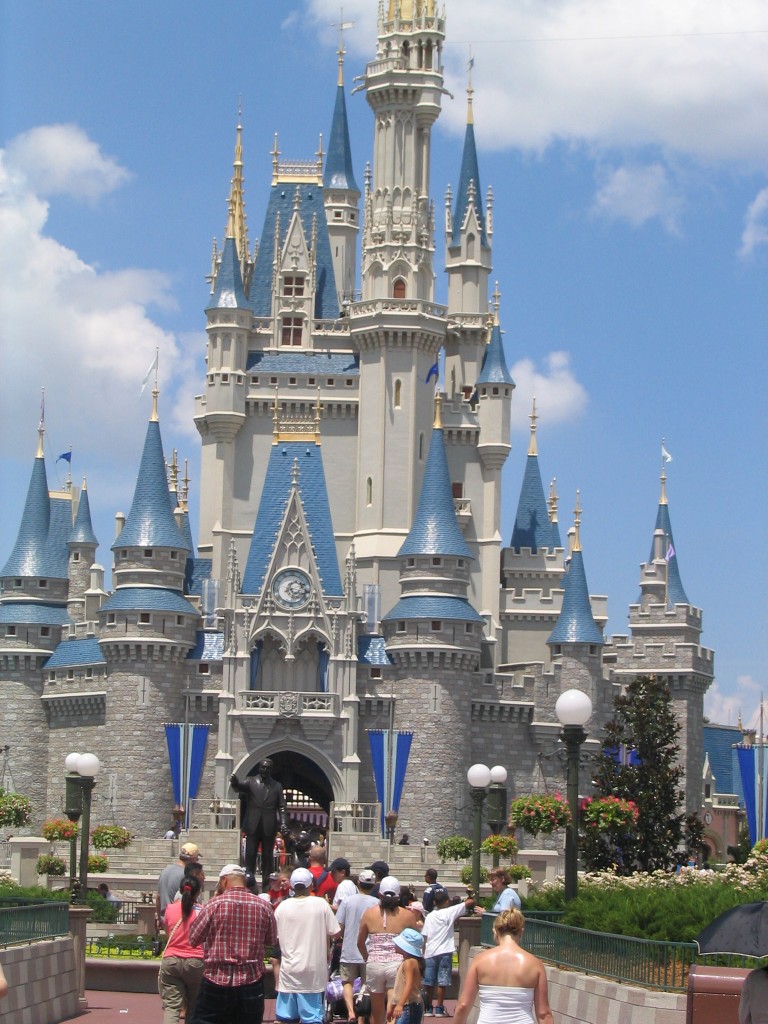 In response to advice from Disney, Barton has revamped its employees’ dress code, improved its landscaping and changed its hiring to focus on applicant’s attitudes, she said.

While Disney has provided consulting services to hospitals and other industries for more than 20 years, it’s using the Medicare payment changes to attract new business. This month, the company launched a new management consulting program that specifically targets customer service for hospitals, based on lessons Disney has learned from working with hospitals. This includes helping hospitals understand that good service must include not only the work of doctors and nurses, but of all employees, including receptionists and parking attendants.

“What we understand very well is the guest experience and that translates well to patients’ experience,” said Patrick Jordan, one of Disney’s two consultants with clinical health experience. Jordan was a speech therapist and vice president for a chain of long-term-care facilities.

He has advised hospitals to redesign employee name tags so they are easy to read and to develop new uniforms to make it easier to identify people’s jobs. He has also suggested rotating people through jobs so they are fresher in their duties. And he has helped hospitals recreate Disney’s system of having “on stage” and “off-stage” areas so employees know when they are in public or in patient care areas where they need to be especially sharp and focused.

Some health organizations have been criticized for paying thousands of taxpayer dollars to learn management skills from a company known for Cinderella’s Castle and Space Mountain.

The Erie St. Clair Local Health Integration Network, a health planning agency in Ontario, Canada, cancelled a plan last year to pay two Disney consultants $9,500 to give a keynote address at their conference after an Ontario lawmaker said it was an inappropriate use of taxpayer funds.

The University of Iowa Hospitals & Clinics came under fire from state lawmakers in 2009 after it proposed sending 35 of its executives to Disney World at a cost of $130,000. The hospital killed the idea, and instead brought Disney consultants to the hospital so it could reach more of its 2,000 employees. So far, the hospital has paid Disney about $200,000.

“Disney taught us that service is a culture and a way of life and not some fad of the month,” said Gordon Williams, Iowa’s chief of operations.

Paul Duncan, the chair of University of Florida’s health policy department, said such efforts are a logical step for hospitals. But “we do need to remember that Disney is a lot more expensive that Billy’s Air Boat rides or the equivalent … ,” he said. “There really are costs associated with higher levels of service and those costs have to be covered somehow. Will it simply be higher prices?”

Disney’s consulting fees vary from $1,299 for a three-and-a-half-day training program for one person at Disney World (does not include lodging and meals), to $5,000 for a keynote speaker visiting a hospital to hundreds of thousands of dollars for a multi-year consulting arrangement, Thomson said.

Fred Lee, a former Disney health consultant and hospital administrator who in 2005 wrote a book called “If Disney Ran Your Hospital,”  said he’s not surprised to see Disney targeting hospitals. “They are shrewdly capitalizing on the fear and concerns of hospital executives who may lose millions of dollars if their patient satisfaction scores are not at the top of the pack.”

Thomson said the company is not trying to capitalize on the new federal law. “We’re responding to an uptick in demand from hospitals that recognize the need to improve the way they approach patient care,” she said.

Grant Regional Health Center in rural southwestern Wisconsin starting working with Disney in 2002 when it was struggling to recruit doctors, retain workers and improve its image. CEO Nicole Clapp said Disney helped the hospital improve employees’ attitudes toward patients. “We were taking our customers for granted,” she said. “We were treating the gallbladder in room 102 and forgot that’s Mrs. Smith with a pet at home.”

2011-07-22
Brad Broker
Share
Previous Preferred Provider Contracting: Beware Of Rental Networks And Third Party Guarantors
Next How To Negotiate The Restrictive Covenant In Your Employment Contract