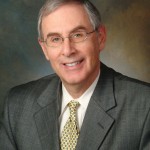 The New Jersey State Board of Medical Examiners, often considered by New Jersey physicians as difficult and unreasonable, has adopted a more aggressive approach than ever before in disciplining physicians.

This new hard line attitude of the Board can be traced to public statements claiming that the Board had disregarded its mission to protect the public, that it was too soft on physicians.  At a regularly scheduled Board meeting of September 10, 2008, Dr. Joseph Gluck, its former Medical Director, came before the Board complaining that it was not strong enough in disciplining many physicians that came before it.  Dr. Gluck’s remarks were widely reported in the news media, which cited his example of a physician whose license was suspended for six months, who he contended should have received a suspension for several years.  More recently, the public interest group Public Citizen published a report, and the Director of its Public Citizens Health Research Group testified before a committee of the New Jersey Legislature, alleging that New Jersey ranked low on the list of states imposing discipline on physicians.

An example of the Board’s newly aggressive stance is a case involving a surgeon who mishandled two surgeries in the winter of 2004.  In one case, the surgeon inadvertently inserted a chest tube in the right lung of a patient, when it was the left lung which required the tube.  In that instance, he immediately recognized the problem, removed the tube and reinserted it in the correct lung.  The patient suffered no permanent damage.  In the other instance, during major thoracic surgery the physician inadvertently severed an artery, leading to the patient’s demise.

Not unlike other matters which have languished for many years, the administrative complaint was not filed for 2 ½ years, and the case was not presented before an Administrative Law Judge until 2008.  A decision in the case was not rendered by the Board until May 2009, more than 5 years after the fact.

In the meantime, the physician could have continued practicing thoracic surgery.   Rather than doing so, however, immediately after the second surgery, he voluntarily decided to stop performing thoracic surgery, limiting his practice to wound healing.  At the hearing before the Administrative Law Judge, the physician did not contest that fact that he had mishandled the two surgeries, and there was no evidence presented that his errors were anything but inadvertent.  Uncontroverted evidence was presented demonstrating that the physician had performed his wound healing responsibilities in a highly competent fashion during the four years that had elapsed.  Weighing all the evidence, the Administrative Law Judge found that the two surgeries had not been handled competently, and recommended that the physician’s practice be limited to wound healing.

Having once represented the Board, and having appeared before the Board for 27 years, this writer can say with confidence that until recently the Board would have accepted the Initial Decision of the Administrative Law Judge.  However, the Board declined to do so.  Rather, in addition to requiring the physician to limit his practice to wound healing, the Board imposed an active suspension of the physician’s license for 3 months.  In doing so, the Board asserted that an active period of suspension was necessary to deter physicians from engaging in such negligent practices.  The Board never explained, however, how this punishment could act as a deterrent against negligence.  The concept of negligence is that a physician has unknowingly failed to meet the accepted standard of medical practice.  Given the fact that physicians know very well that they are obliged to practice medicine within accepted standards — witness their fear of malpractice litigation — it is speculative at best, to believe that the imposition of a three month active suspension in these circumstances could serve as a deterrent against negligent medical practice.

Rather, it is this writer’s belief and the belief of other attorneys who practice regularly before the Board, that the attendant publicity that has resulted from reports in the news media has put pressure on members of the Board to toughen their stance.  Moreover for those physicians who come before the Board, this newly aggressive posture of the Board can have severe, albeit perhaps unintended, consequences.  The example of the physician described above is illustrative.

Because the physician had trained originally in Europe and South Africa (under the tutelage of Dr. Christian Barnard), and the physician had come to America to assume a position to establish a heart transplant program, the physician never acquired American board certification, which would have been required him to undertake a residency program in the United States.  The hospital where he was providing wound healing services had a Board certification requirement, but the physician had been grandfathered.  When his license was suspended for the three month period, the hospital took the position that he was not only automatically suspended from its Medical Staff, but when he applied for reinstatement he was treated as a newly applying physician.  He was therefore denied reinstatement for lack of Board certification.  Moreover, when he requested a hearing under the Medical Staff Bylaws to contest that decision, the hospital refused.  The Court that reviewed that decision initially denied an application for a preliminary injunction, and it took one and a half years for the Court to enter an order requiring the hospital to provide the physician with a hearing.  In the meantime, his earnings have dwindled, with devastating financial consequences for him.

The Board’s newly aggressive position is also reflected in settlement positions that the Board has taken prior to initiating an Administrative Complaint.  One example, is the case of a physician who established a neurophysiological testing company because he was receiving

substandard service for his surgical patients.  His legal counsel sought advice from the Board whether the arrangement was lawful.  After more than a year the Board declined to provide any advice to him.  It is now being alleged that the arrangement violated New Jersey’s prohibition against self-referral, the so-called Codey Law. In addition, it is claimed that various administrative functions were carried out in a negligent fashion.  While in the past, in a case like this, the Board would likely have settled the matter for a public reprimand, civil penalty and perhaps a requirement that the physician undertake an ethics course, the Board has taken a settlement position insisting on an 18 month active suspension, notwithstanding the fact that the physician has an exemplary surgical record.

Finally, in informal settings, the Board has articulated a more aggressive stance than in previous years.  Going back as far as the 1980s, the Board advised the healthcare community that it was not interested in hospitals reporting to the Board when physicians on their medical staffs were suspended due to failure to compete medical records on a timely basis.  Recently in public comments, Board members have made statements to the effect that the Board considered such suspensions to require reporting to the Board under regulations adopted by the New Jersey Department of Health and Senior Services.

Given the publicity that has surrounded the Board’s record, at least as presented by its critics, it can be anticipated that the Board will continue to take a strong adversarial position in disciplinary matters.  Physicians would therefore be wise to acquaint themselves with regulations adopted by the Board and to obtain professional assistance in ensuring that they are operating their practices within the confines of the law and to ensure that they are practicing within accepted standards of medical practice.

Joseph M. Gorrell is a member of the health law practice of Brach Eichler L.L.C, based in Roseland, New Jersey.  Contact him at jgorrell@bracheichler.com.