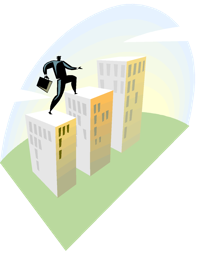 “That’s where the money is,” Willie Sutton famously quipped when asked why he robbed banks. There’s a similar rationale for employers who hope to improve employee health and contain costs with workplace health clinics: That’s where the people are.

Day in and day out, workers troop into the office, spending the better part of their waking hours there. What better place to have medical staff on hand, not only to treat sore throats and cut fingers but also to help employees stay healthy by offering on-site preventive tests and screenings, and health coaching to encourage healthful habits?

“They come in for a runny nose, and we have an opportunity to engage them about their weight, their smoking,” says Stuart Clark, president of commercial services for Comprehensive Health Services, a Reston-based company that operates more than 100 on-site health clinics for large employers. “They may not be ready for that, but we’re in the building with them,” he says. “We’ll work with them … every day.”

Until the 1980s, workplace health clinics generally existed to treat people who were injured on the job. Although that is still a key function, many employers are expanding the clinics’ role to include primary health-care services. In 2010, 15 percent of employers with 500 or more employees had clinics providing primary-care services, according to the consulting firm Mercer. Another 10 percent said they were considering providing those services this year or next.

Employer interest in on-site primary care is motivated by several factors, say experts. By making it easy for employees to get a mammogram or check their blood pressure, companies hope to avert expensive medical problems down the road. In addition, employers hope that by ensuring that their clinic staff follows evidence-based guidelines for care, their workers will receive treatment that’s appropriate to their medical needs, says Ha Tu, a senior health researcher at the Center for Studying Health System Change and a co-author of a December research brief on workplace clinics. This would likely lead to fewer referrals to specialists, for example, and pricey imaging tests.

Although some workplace clinics aim to function as their employees’ primary-care provider, most clinics supplement rather than replace their workers’ doctors. Some companies operate their own clinics, while others contract with others to do so. Services vary widely, from preventive screenings and nutrition and exercise counseling to routine physicals and disease management services for workers with chronic conditions. Prices for clinic services are usually lower than those at a community-based clinic; sometimes they’re free.

Brent Laymon, a marketing manager at Pitney Bowes’s headquarters in Stamford, Conn., has his own primary-care physician, but he uses the company clinic for just about everything, including screening tests, blood work and flu shots. A few years ago, Laymon, now 57, stopped in at the clinic because his heart was racing and his skin felt clammy. The nurse practitioner on duty checked his blood pressure and then immediately put him in a cab and sent him to a cardiologist, who diagnosed a blocked artery. “If [the clinic] wasn’t there, I might have just blown it off and not gone to see my doctor,” says Laymon, who pays nothing for clinic services.

The cost of setting up and running an on-site health clinic generally makes it feasible only for employers with at least several hundred workers in one location. Now some smaller companies are banding together to operate joint clinics near their workplaces. And there’s a newer option being offered in some areas: mobile health vans that offer clinic services at clients’ work sites.

In March, Veronica Leon, who works in human resources for Hacienda La Puente Unified School District in Los Angeles County, visited a mobile health vehicle operated by her insurer, Kaiser Permanente, when it was parked outside the school district office in City of Industry, where she works.

The doctor whom she saw in the small, private room on the 40-foot van examined her and told her that the cough that was troubling her was likely related to seasonal allergies. Leon, 39, and the doctor also discussed weight management, including surgical options and diet. Leon says she would visit again if the van returns. “It would cut down on time away from work for a doctor’s appointment,” she says.

The van, which has visited more than 100 employers since it was launched last year, is the first of three that Kaiser Permanente plans to put out on the road. “Demand is increasing, and [right now] we only have one vehicle for all of Southern California,” says Larry Sharfstein, a regional practice leader at Kaiser Permanente. (Kaiser Permanente has no connection to Kaiser Health News.)

Although concerns have been raised by some health-policy experts that employers will stop offering health insurance and other health-care services to their workers once state-based exchanges begin selling insurance in 2014, the interest in workplace health clinics seems to indicate that just the opposite is happening, at least for now.

More than 30 million people are expected to gain health insurance under the health-care overhaul that became law last year, and many employers are worried that it will further strain an already overburdened primary-care system, says Bruce Hochstadt, a physician who heads up Mercer’s work site health practice. “A lot of employers are concerned about their employees’ access to health care under health reform,” he says. Rather than abandoning coverage, “we’re seeing a lot of employers maintaining coverage or adding clinics on-site.”