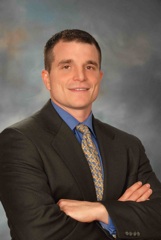 Federal government scrutiny over device development and license arrangements between the medical device industries and physicians and settlements between major device manufacturers and the federal government have caused manufacturers and doctors to take a close look at the structure and terms, especially the economic terms of their contractual arrangements.  There are several key terms to address in any device development and license agreement.  Both parties should ensure compliance with applicable laws and regulations, including the federal Anti-Kickback Statute and Stark.

Important to any device development and license agreement is the economic terms of the deal.  Historically, the structure of these payment arrangements took on many forms, including large up-front payments, annual payments and monthly consulting fees.  In connection with the settlements with the large device manufacturers, the federal government made it clear that any payment arrangement would need to comply with the federal Anti-Kickback Statute and be set at fair market value.

The federal Anti-Kickback Statute proscribes the offering, payment, solicitation or receipt of any remuneration in exchange for a patient referral or referral of other business for which payment may be made by a Federal health care program, including Medicare and Medicaid.  Violations of the Anti-Kickback Statute can result in significant criminal penalties, civil penalties of up to $50,000 for each violation, as well as imprisonment. The primary concern for physician relationships with medical device manufacturers under the Anti-Kickback Statute is whether the compensation paid to the physician constitutes disguised remuneration for referrals.

OIG has historically taken the position that fees for hollow consulting services could result in a violation of the Anti-Kickback Statute.  Since physicians are in a position of recommending medical devices to their patients, any value transferred by a manufacturer of such devices to physicians with the expectation of a recommendation from such physician could present significant risk to the parties. Given the severity of the criminal and civil sanctions under the anti-kickback statute, physicians need to be very careful when structuring development and license agreements with manufacturers and ensure that any such arrangement is consistent with the personal services and management contracts safe harbor of the anti-kickback statute, which requires that any fees paid to the physician be set at fair market value.

The federal government determined that many large up-front payments, annual payments and monthly consulting fees that were being paid prior to the development of a device did not meet fair market value.  The parties thus would have to move to a royalty or percentage-based arrangement whereby the physician was paid for the transfer of her intellectual property and other work in the development of the device only if the device was completed.  (A pure medical device manufacturer consulting arrangement would be structured separately on a per hour, per fee basis, not a royalty or percentage basis.)

Although such a royalty or percentage-based structure would still not fit squarely within the personal services and management contracts safe harbor, since the aggregate compensation would not be set in advance, it would prevent manufacturers from offering inducements to physicians for using or recommending the use of the manufacturers’ products and shift a significant amount of the risk to the physician since she would only be paid for her intellectual property and other work related to the device if the device was ultimately commercialized (which could take anywhere from 3-5 years).  It is this risk-shifting that requires physicians to take a close look at the material provisions of any device development deal, including provisions concerning calculating royalties, payment on products and excluded products, design completion and events of death and disability, non-competition, rights to intellectual property, future developments and termination.

Calculation of Royalties/Percentage-Based Payments. Any royalty or percentage-based payment arrangement will include a percentage of net sales.  Net sales is typically defined as gross invoice price, less costs and expenses directly related to the sale of the product such as discounts, shipping charges, taxes and other related costs.  Some manufacturers are also now requiring that per-hour service fees paid to the physician in connection with the development of the device during the term be deducted from any royalties due.  Physicians should carefully scrutinize any deductions to ensure that they are directly related to the sale of the device and understand exactly the dollar amount they should be receiving on the sale of the devices.

Payment on Products and Excluded Products. Third-parties may claim a right in the developed device.  In the event the manufacture is required to pay such third-party for its rights in such device, the manufacturer will seek to offset such amounts from the royalty or percentage payment due to the physician.  Physicians should seek to minimize the amount of any such offset.  Additionally, to comply with Stark and the federal Anti-Kickback Statute physicians should not be paid for products they use in their own practice or any hospital where they have privileges.  (Generally, Stark prohibits a physician (or immediate family member) who has a financial relationship with an entity from making referrals to that entity for the furnishing of designated health services for which payment may be made under the federal health care programs, unless an exception or safe harbor is satisfied.  Stark is often implicated in the medical device context because physicians (who have a financial relationship with the medical device manufacturer) are in a position to influence their patients’ purchasing decisions over federal health care program reimbursed designated health services.)

Design Completion-Death and Disability.  The device may be completed a few months before it goes to market.  Physicians should ensure that the contract is structured so that the payment obligation of the royalty is triggered upon design completion.  This is especially important if the physician becomes disabled or dies between the time period of design completion and the device going to market.  The physician should not lose her rights to royalties or percentage payments due if the device has been completed.

Intellectual Property. In most device development and license agreements, the physician must either license or assign her intellectual property to the manufacturer.  Physicians should be mindful to maintain the right to have their names on patents and copyright protection over their literary works.

Termination and Post-Termination Obligations. A manufacturer usually reserves the right to terminate any device development project at will.  Of course, it would likely only do so (after having invested considerable resources), as a last resort.  Physicians, however, need to ensure that upon termination, they retain rights to any royalties for completed devices and the rights (through assignment or license) to patents and other intellectual property for devices that were not completed.  Physicians should also be released from any non-competition agreements.

Prior to entering into any device development and license agreement and/or consulting agreement, physicians should take the time to understand the business risks and legal implications of the terms of the agreement being proposed.  Only then can she negotiate a fair and equitable deal.

John W. Jones, Esq., is a partner in the Health Care Services Group at Pepper Hamilton LLP in Philadelphia, Pa.