Breaking News
Home / Featured / The Healthcare Debate is Far From Over

The Healthcare Debate is Far From Over 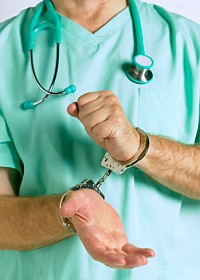 Throughout 2009, America was lectured by President Obama that our healthcare system would bankrupt our country. He gave us 2 choices- the status quo or a plan that he delegated to Congress to construct. There was no transparency as promised, and the only bipartisanship observed was in the opposition to the plan that was hastily put together. Everyone can remember back to the deals and bribes that were made to ensure passage of this bill. Recall how Congress was forced to work into the late hours of the night and on Christmas Eve to pass this 2600 page bill that no one had time to read, but that in the words of Nancy Pelosi, needed to be passed so that we could find out what was in it.

Throughout this bitter fight, which has polarized our country unlike almost any other issue, the physicians have been relegated to the sidelines. Were that not bad enough, President Obama had the gall to demonize doctors to make his case for the need for reform. He tried to convince the American people that we were more interested in money than healthcare, whether it meant ripping out tonsils or cutting off legs, or even defrauding Medicare of billions of dollars. There were attempts to make the country believe that the doctors were solidly behind this bill- like the White House Rose Garden photo op where doctors were invited to stand with President Obama and were issued white coats, like props on the set of Grey’s Anatomy- in an attempt to give these pretenders an air of legitimacy.

The problem was that our specialty societies did a very poor job of protecting us, and all too often, became accomplices to this plan with the fear that if they did not “play ball”, that they would not have a place at the table. The worst offender was the American Medical Association, which stood firmly behind Obamacare, in order to protect its $100 million annual monopoly over the medical coding system that the federal government allows them to have. They convinced themselves and tried to convince their constituency- which is only 17% of the doctors in the US- that by backing the Affordable Care Act, that they could secure a permanent and equitable end to the Medicare sustainable growth rate (SGR) and also tort reform. Unfortunately they got neither. They were either tricked or duplicitous. Either way, they failed the doctors in America and consequently, the patients.

Fast forward to 2011 and then re-examine the aftermath of passage of PPACA. First, it is clear that people cannot keep their doctors as promised by the President. He also assured us that passage of the bill would mean insurance rates falling $2500 per family, but instead, they will rise on average $2100. This law is a business killer for numerous reasons. Transactions over $600 will require 1099 fillings. Companies have calculated the costs of increased insurance premiums versus paying penalties to the government for not providing insurance and letting their employees go into the public plan. Because this has been so poorly planned, the government has granted over 250 exemptions to companies and unions- some of which were the most vocal supporters of this law. Over 1 million people so far have been exempted from Obamacare. The government now gets to pick winners and losers; to choose who must participate and who may get a pass. It now seems clear that what was an attempt to keep this plan under a “mere” $1 Trillion will likely cost in excess of $3 trillion and the costs keep escalating.

The healthcare bureaucracy is already taking shape under the scrutiny of HHS Secretary Kathleen Sebelius- the former lobbyist for malpractice trial lawyers in Kansas and CMS Chief Donald Berwick who has made millions of dollars convincing Washington that the best way to control healthcare costs is to set up a system that resembles the socialized National Health Service of England. The Independent Payment Advisory Board (IPAB) is being assembled behind closed doors, which is a rationing board and which is not accountable to anyone but the HHS Secretary and to the President. We are already seeing the groundwork being laid for rationing. Earlier this year, a similar board made recommendations to end breast cancer screening, and just recently, the FDA has made it possible for Medicare and other insurers to stop paying for Avastin by claiming that it is no longer an acceptable drug for breast cancer treatment- a drug which has extended the lives of many patients with advanced breast cancer, but costs on average $80,000 per patient.

From a doctor’s perspective, if we stay on this path, the outlook is bleak. Before Obamacare, it was difficult enough being a doctor with all of the government regulation and oversight. It just got significantly worse. There are now 159 new agencies, departments, and bureaus to contend with. The HHS secretary is now your boss. If you wish to be able to participate in the health insurance exchange, you will need to comply with clinical protocols which come directly from her office. Failure to comply might be a felony at worst, but at best, may mean a lower rate of reimbursement. There will be 16,000 IRS agents that will be assigned to police doctor’s offices, searching for fraud and even if an employee codes incorrectly and you didn’t know about it, you are at fault. It will be easy for the government to track things because every doctor who wishes to get paid will be forced to adopt an electronic medical record, even though right now, there are few acceptable systems in existence.

The Center for Medicare and Medicaid Services (CMS) has just released their proposed rates for October 2011 and they average 7% less across the board. That is because the only way that money can be shaved out of healthcare is on the backs of physicians. There will be other attempts to squeeze doctors. Those that are more entrepreneurial will be put out of business as these activities have been deemed unacceptable, such as doctor owned hospitals, labs, and imaging centers. Many of you have already heard about ACOs- accountable care organizations, which is are attempt to get away from fee for service, and transition into episodic care, which pays for an event or illness, but sets up penalties for complications or hospital readmissions. The ACO is a system to pool risk- assumed by the providers, who then split the money that they receive for the care of the patient for that episode. The same people pushing for ACOs, want to go a step further, which is to pay doctors for performance. But when the Federal Government is the arbiter of quality and outcomes, then the real losers are the patients with the doctors not far behind.

The reason that we are in this mess is because doctors have allowed it to happen. We have been told how poor we are at business, at policy, and at politics, so we have let others mind the store. It is more like foxes guarding the henhouse. We find ourselves now under the thumb of a very powerful hegemony of Government, Big Insurance, Big Pharma, and Hospitals. They all have strong representation, while doctors  have no effective representative body. They care little for patients and even less for doctors, but unfortunately for them, they need us.

This scenario is not yet a reality, nor does it need to be. The problem is that time is running out. Doctors need to understand that they are the healthcare experts and without us, there is no medical care in this country. We need to decide if we will take our responsibility to our patients seriously, or if we will just give up and do what we are told to do. There is very little argument that our healthcare system has some problems, but it is still the best in the world. There have been ideas floating around about how to make things better, but they have been suppressed by those who were in positions to advance their own agendas.

Docs 4 Patient Care is a national physician group that is dedicated to preserving the doctor- patient relationship and offering sensible solutions to improving the healthcare system. We have just released our “Prescription for Healthcare Reform” which is being reviewed in the US House of Representatives. It is based on the principles of personal responsibility and accountability, and relies on free market forces, with the Federal Government stepping aside by simply providing the foundation for it to function. Individuals should be able to manage their own healthcare insurance through High Deductible Health Plans and Health Savings Accounts, which can be purchased in a competitive market across state lines, over the internet and should be given the same tax treatment as businesses. Meaningful tort reform must be part of this plan, and so must reforms to Medicare and Medicaid.

Dr. Scherz is the Founder and President/CEO of Docs 4 Patient Care (www.docs4patientcare.org).

2011-02-03
Brad Broker
Share
Previous Text: Federal Judge's Decision On Health Law
Next Rethinking the Decision to be a Participating Provider