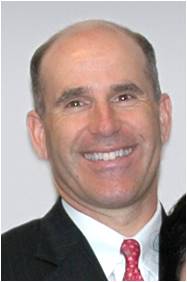 For the many Americans who find great joy in charitable giving, the recent economic recession has made it more difficult to support the causes they care about. According to the Merrill Lynch Affluent Insights Quarterly (MLAIQ), a Merrill Lynch Wealth Management survey about the financial concerns and priorities of affluent investors in Philadelphia and across the country, 41 percent of local affluent investors are concerned about their ability to continue to support their philanthropic priorities.

Nationally, charitable giving is down slightly compared to last year, 3.6 percent according to the Giving USA Foundation.[1] However, high-net-worth households remain committed to supporting the causes and communities they feel passionate about, with 98 percent of wealthy households donating to charitable causes in 2009[2]. This promising statistic shows that while the recent recession has presented donors with a challenging backdrop in which to give, there are ways to support charitable causes without sacrificing personal financial security.

Typically, donors tend to make a check out to a specific charity. This is the simplest and most direct form of giving. However, increasingly, wealthy donors are no longer content with simply penning a check to their desired charity; they prefer a higher degree of accountability from non-profits as well as control over the giving process. Donors are also considering a more strategic approach to the types of financial assets that are used to fund their philanthropy.

More and more, philanthropic strategy has become an important element of total wealth management, and many donors may be looking for ways to reduce income and estate taxes and seek greater control over the giving process.  Outlined below are a few creative ways for individuals to make smart charitable contributions in today’s economy.

One way to support an educational institution while ensuring you have the cash you need now is to work charitable giving into your retirement plan. Many doctors, for example, have accumulated more assets in a qualified retirement plan than they expect to need. At the same time, many investors are looking for ways to give to their alma maters – whether it’s their college or medical school. To achieve the dual goals of saving for retirement and making charitable donations, investors who have substantial retirement accounts should consider an IRA. Assets within an IRA can be assigned to various beneficiaries, who receive them when the donor’s estate is settled and the will is filed or probated. Investors can allocate part of an IRA to their alma mater, while designating a child or family member as the contingent beneficiary. This mechanism ensures that investors have the money they need stowed away in their IRA through retirement, while still ensuring that the designated school receives monetary support after their death. Additionally, gifts from an IRA are considered charitable donations, so the donor is able to provide a large gift tax free that originally would have been taxed if held onto by the donor.

Supporting a Lifetime of Major Donations

Many schools’ fundraising efforts rely on substantial annual donations from a small group of affluent givers. Many times, however, when these major donors pass away, the institutions lose their ongoing support. To ensure their schools continue to receive support even after they are gone, individuals are increasingly committing to “Challenge Gifts.” In this model, an individual agrees to donate a predetermined amount of money to an educational institution, provided that each graduating class, or a decade of graduating classes, achieves a designated participation level in the school’s annual giving fund.  Rather than relying on large gifts from a few donors, this model encourages a wider range of people to give whatever they can and provides continued financial stability for an institution.  Additionally this model affords donors more flexibility because they no longer need to bear the pressure of being the primary donors for a select college or medical school– rather it relies on the combined efforts of a group of donors, which is preferable in a recessionary environment.

Make a Plan and Keep on Giving

When planning your charitable giving strategy, it’s important to look at your financial life holistically, including your short-term expenses and long-term goals. With a holistic view of your entire financial life, it should be easier for you and your financial advisor to be able to identify opportunities to support the causes and communities you care about, even during a downturn in the economy. According to the MLAIQ survey, 87 percent of affluent investors in Philadelphia are confident that their financial picture will improve in the year ahead, which may mean more opportunities for local investors to make a difference in our community.

Peter A. Rohr, Senior Vice President–Investments, is a Private Wealth Advisor with the Private Banking and Investment Group at Merrill Lynch in Philadelphia. Peter was recently recognized on Barron’s “Top 100 Financial Advisors 2010” list and Barron’s“America’s Top 1,000 Advisors: State-by-State” list where he was ranked number two in Pennsylvania. He can be reached at (215) 587-4731 or peter_rohr@ml.com.  Merrill Lynch does not give tax advice, and nothing presented should be considered tax advice or a suggestion to avoid paying taxes.

[1] Giving USA, a publication of Giving USA Foundation™, researched and written by the Center on Philanthropy at Indiana University.