Breaking News
Home / Personal Finance / 2010 Tax Planning for Docs: What's Certain and What is Not

2010 Tax Planning for Docs: What's Certain and What is Not 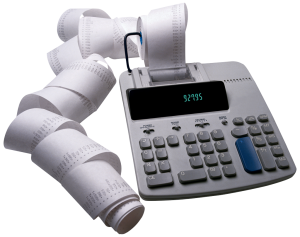 Taxation affects many people.  Recently, the subject has become the focus of much political attention, most notably involving the Bush tax cuts.  The debate directly affects many physicians, whose income levels are the primary target of the possible staggering tax increases when the Bush cuts sunset on December 31, 2010.  Most significant among those are the return of 39.6 percent tax rates on earnings and dividends, and 20 percent tax rates on long-term capital gains.  Neither the Obama Administration nor Congress has been clear on the extent to which the Bush cuts will be retained.  As such, year-end tax planning requires an extraordinary effort to engage in transactions that optimize one’s tax posture under either scenario.

Fortunately, Congress provided some relief by way of legislation this year to enhance that process.  In September, for example, Congress enacted the Small Business Jobs Act of 2010, and many of its provisions favorably affect physicians.  For equipment purchases in 2010 and 2011, the Section 179 expense election increased from $250,000 to $500,000.  Equally important, Congress also temporarily expanded these rules to include certain leasehold improvements (up to $250,000), and extended 50% bonus depreciation to 2010, permitting large depreciation expense in the year of the equipment purchase.  The effect is to significantly reduce taxes.  In addition to these provisions, Congress changed the computation of self-employment income as it pertains to health insurance costs.  For the taxable year beginning in 2010, the self-employment health insurance deduction for individuals is deductible in determining net earnings from self-employment.

Earlier this year, Congress enacted the Patient Protection and Affordable Care Act of 2010.  As part of that Act, Congress provided certain employers with a tax credit for health insurance premiums paid for their employees.  Congress also provided certain employers with a new and simple version of the old cafeteria-style plan for tax-advantaged health insurance and other benefits.  The effect is to directly reduce the physician’s tax liability, beginning in 2011.  The bad news of this legislation is the elimination of over-the-counter medication from certain pre-tax health plans, such as flexible spending accounts and health savings accounts, beginning in 2011.  Moreover, tax filing and paperwork responsibilities increase significantly in 2012.  In addition to issuing Form 1099-MISC to service providers, such as accountants and law firms, this filing requirement will now be imposed on purchases of equipment, supplies and other goods (where the total paid to a vendor is at least $600 in any year).  Why is this important now?  Because physician practices will be required to begin sending Form W-9 to their suppliers in order to obtain employer identification numbers.  This process should begin soon, in order to avoid the last minute rush and backup tax withholding.

Congress also added a mandatory provision regarding the health insurance coverage of children.  Under the Act, any group health plan that provides coverage of dependent children must continue to make dependent coverage available for an adult child until the child turns 26 years of age.  Conversely, the exclusion from taxable income for reimbursements for medical care expenses under an employer-provided accident or health plan (as well as the deduction for SE health insurance) is extended to a participant’s child who is under age 27.   Note the difference.

Earlier this year, Congress enacted the Hiring Incentives to Restore Employment (HIRE) Act.  Under this legislation, Social Security taxes are forgiven for wages paid on previously unemployed individuals hired after February 3, 2010, and before January 1, 2011, as long as the new hire does not immediately displace another employee.

Finally, one of the potentially more invasive bills in 2010 has actually yet to pass.  Designed chiefly to extend certain tax benefits through 2010, the bill includes a revenue raiser that could affect physicians, if passed.  Known as the American Jobs and Closing Tax Loopholes Act of 2010, the bill includes a provision that would cause pass-through income of an S corporation to be subject to the self-employment tax.  This would be a radical departure from existing tax law, and would upset the integrity of a great deal of tax planning on the part of physicians.  Stay tuned.

In late-October, the IRS announced its annual inflation adjustments for pension plans and other tax matters for 2011.  As expected, there were virtually no changes.  Thus, for example, the maximum Section 401(k) contribution amount remains $16,500 for 2011, and the so-called catch-up contribution remains unchanged at $5,500.  The limitation for defined contribution plans remains unchanged for 2011 at $49,000.  Gift tax exclusion amount remains at $13,000 for 2011.

Finally, remember the Roth IRA.  Traditional IRA, SEP and SIMPLE account balances, qualified retirement plan balances, and Section 403(b) tax-sheltered annuities may be converted to a Roth IRA.  This opportunity has received a great deal of media attention lately, even though a conversion is taxable.  This is due to the fact that the tax-free growth over the course of time, as well as the other benefits of a Roth IRA, may be more beneficial than the detriment of current taxes.  This is particularly true in 2010, since the tax liability may be deferred to 2001 and 2012.  Perhaps more important, under the Small Business Jobs Act of 2010, employer-sponsored Roth 401(k) plans may now permit in-plan conversions for certain types of accounts balances.

Taxes play a major role in practice fiscal planning.  Physicians are particularly vulnerable, as they typically fall within the proposed target zone of increased taxation in the near future.  In all cases, physicians and their practice managers should stay well in touch with their tax advisors in order to keep the tax burden at a reasonable level.

Joe Nicola is a director of taxes with Sisterson & Company in Pittsburgh, PA.  He is also a member of the adjunct faculty in the business school at Duquesne University.  He can be reached at 412-594-7006 or jpnicola@sisterson.com.