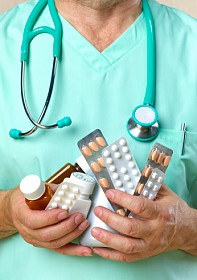 As the number of clinical trials increase and physicians’ revenue declines, a growing number of physicians are considering participating in clinical trials sponsored by pharmaceutical companies. One concern that often makes them hesitate to participate is the potential financial repercussions if a subject experiences a study-induced injury.

Numerous lawsuits have been filed on behalf of study participants alleging that they have been injured as the result of participation in a clinical trial. Among the defendants are the investigators and institutions in which the studies take place, the pharmaceutical sponsors and suppliers of the drug, the contract research organizations that monitor the study, and the Institutional Review Boards that approve the study.

Claims include: the failure to provide informed consent, breach of fiduciary duty, breach of the right to be treated with dignity, fraud and intentional misrepresentation, assault and battery, using an unreasonably dangerous product, breach of the Assurance Agreement, intentional and negligent infliction of emotional distress, and therapeutic misconception.

Several cases have been brought against institutions and investigators in Pennsylvania and New Jersey, and although few judgments have been awarded, these lawsuits are time-consuming, cause emotional distress, and reportedly have resulted in large settlements.

Clinical trial agreements also address the insurance that will cover the cost of satisfying these obligations. Negotiating these provisions to the advantage of the investigator and site is a challenge, but one that investigators and sites must undertake to reduce their financial exposure.

In the past, sponsors seemed to have understood that, because they design the protocol and they have the main opportunity to profit from the study, unilateral indemnification in their favor, and even mutual indemnification, was inequitable and discouraged investigators and institutions from participating in studies; as a result, they quickly dropped their demands for these types of indemnification at the request of the investigator and site. Increasingly, however, sponsors are pressuring investigators and sites to agree to indemnify the sponsor if they want to participate in a study.

Types of Carve-outs Often Found in Mutual Indemnification Provisions. A typical mutual indemnification clause offered by a pharmaceutical sponsor requires the investigator and site “to indemnify, hold harmless and defend the sponsor and its officers, directors, trustees, employees and agent from and against all liabilities caused by or resulting from the investigator’s and site’s failure to comply with: 1) the clinical trial agreement; 2)the study protocol; 3) all written instructions delivered by sponsor concerning the study; 4)  the provisions of the sponsor’s guidelines; and 5)federal, state and local laws or regulations or guidelines pertaining to investigational drugs.”

1)    the investigator’s exercising his best medical judgment concerning the compatibility of each study subject with the protocol requirements;

2)    liability not resulting from negligence, misuse of the study drug or willful acts or omissions of the site, investigator or any agents or employees of the investigator or the Institution;

3)    the investigator’s immediate notification to sponsor of any serious deviations from the protocol, receipt of notice of injury, claim or suit and of any events that could reasonably be expected to result in a claim or suit;

4)    the sponsor’s retention of the right to select defense counsel and to direct the defense or settlement of any such claim or suit. Thus, any partial failure by the site or investigator to comply with any one of the listed obligations permits the sponsor to disclaim all indemnification responsibilities.

What to do if a Sponsor Insists that the Investigator and Site indemnify the Sponsor? The main reason for a physician to avoid indemnifying a sponsor is that it is unlikely that a physician’s professional liability insurance covers such an indemnification agreement. (See insurance discussion below.) Thus, it is likely that any costs paid as a result of this indemnification obligation will come out of the pockets of the investigator  In light of this fact, it is essential that, before agreeing to indemnify a sponsor, an investigator and site assess the risk that a lawsuit will arise and that damages will be assessed. But remember that your indemnification obligation may include paying for the sponsor’s attorneys fees even if no damages are assessed or settlement paid. The site, if a large institution, may have more flexibility to negotiate indemnification coverage with its insurer.

There are several approaches to take when a sponsor insists that the investigator or site indemnify it:

1)    point out that you don’t have insurance to cover this obligation (see insurance discussion below);

2)    state that, in view of the sponsor’s design of the protocol and its potential to profit from the study, it is inequitable to require you to indemnify the sponsor;

3)    limit your indemnification obligation to situations in which  your behavior is “grossly negligent” or “intentional” and where such behavior is the “direct” cause of the subject’s injury;

4)    suggest that, rather than indemnifying the sponsor, you would be willing to include a statement in the clinical trial agreement to the effect that each party will be liable for the results of its own actions;

5)    suggest that the contract be silent regarding indemnification, permitting the common law and comparative negligence statutes to prevail (which generally would make each party liable for the results of its own actions).

Problems with Sponsor Carve-outs. Your main goal as an investigator or site should be to narrow the sponsor’s carve-outs as much as possible. The first important negotiating point in the typical carve-out provision is to change the introductory phrase “provided

that the following actions are undertaken” to “to the extent that the following actions are not performed.” You want to introduce the concept of comparative responsibility so that your failure to perform or not perform any of the identified actions doesn’t automatically relieve the sponsor of all responsibility to indemnify you; rather the sponsor’s responsibility to indemnify you is limited “to the extent” that you fail to perform the agreed upon list of actions.

Another important point is to make sure that the sponsor is relieved of its indemnification obligation only to the extent that your failure is the direct cause of the subject’s injury.

Other important points include: clarifying that minor pre-approved deviations from the clinical trial agreement or protocol do not permit the sponsor to disclaim its indemnification responsibilities;  “immediate” notification of a lawsuit should be replaced with “prompt” notification; you should only be required to exercise that medical judgment that is customary in the community, not your “best” medical judgment; the sponsor should “defend” you and pay for reasonable attorneys costs, in addition to indemnifying you and holding you harmless from damages; the sponsor should not be able to settle any lawsuit against you without your prior written consent; and if you have your own IRB, make sure that it is included in the list of entities that the sponsor is indemnifying.

What About Your Insurance? Clinical trial agreements universally include a statement about the professional liability insurance of the investigator and site. However, even if the clinical trial agreement does not require you to maintain insurance to cover your activities in the study, t is essential that you obtain written confirmation from your malpractice carrier that your professional liability insurance covers your participation in clinical trials and that coverage is not limited to your negligence since many of the “carve-outs” described above involve contractual failures on your part, not negligence.

to that effect that you can provide to the sponsor to support your unwillingness to indemnify the sponsor.

Medical Injury Reimbursement. One way to reduce the damages claimed by a study subject is to make sure that the subject has the right to be reimbursed from the sponsor for study-induced injuries. The right to reimbursement for study-induced medical injuries always appears in the informed consent form that the subject signs, and often is also addressed in the clinical trial agreement, at least where it is anticipated that the subject will obtain treatment for such injuries from the investigator or site. (These two documents should be coordinated to avoid confusion.)

One common limitation in these provisions obligates the sponsor to reimburse the subject only for injuries caused by the administration of the study drug. Since the sponsor-developed protocol often involves procedures as well as the administration of drugs, sponsor reimbursement should cover all injuries caused by the subject’s participation in the study.

Also, these provisions, like the indemnification provisions, often include carve-outs where, e.g. the sponsor won’t reimburse a subject or site (if the subject receives his treatment at the site) if the investigator or site is negligent or the subject doesn’t follow sponsor directions. Again, you always want to make sure that the sponsor’s obligations are limited only “to the extent” that the investigator’s, site’s or subject’s actions or inactions directly caused the subject’s injury.

Study Subject’s Insurance. Beware of a common provision limiting the sponsor’s obligation to reimburse a subject to those “costs that are not covered by the subject’s insurance.” This limitation is problematic for several reasons:

1)    if the subject is a Medicare beneficiary, the Office of Medicare as a Secondary Payor has taken the position that, if a sponsor offers to reimburse a subject for study-induced injuries, the sponsor becomes the primary payor and must be approached for reimbursement before a claim may be submitted to Medicare; and

2)    if a subject has private insurance, the costs of treatment for the medical injuries may be subject to deductibles, copayments, co-insurance and, possibly, annual and lifetime caps, depending on the applicability of the cap limitation in the 2010 Patient Protection and Affordable Care Act (PPACA). This area is tricky because the Medicare National Coverage Decision states that Medicare will pay the costs of “reasonable and necessary care” arising from the “diagnosis or treatment of complications” in subjects who participate in “qualifying” clinical trials. The difference between “complications” and “study-induced injuries” may be difficult to distinguish. Also, keep in mind that, some states may require private health insurers to pay for “routine care” and that, under the PPACA, private health insurers will be obligated to cover the routine costs of subjects diagnosed with cancer and other life-threatening illnesses who participate in clinical trials. However, this aspect of PPACA doesn’t become effective until 2014.

2)    If you can’t avoid indemnifying sponsors altogether, narrow your obligation to indemnify the sponsor and narrow any carve-outs in the sponsor’s indemnification of the investigator or the site;

3)    Make sure that your professional liability insurance covers clinical trials and clarify whether it covers your indemnification of the sponsor (get both in writing!);

4)    Be cognizant of the interaction among the indemnification, insurance and medical injury reimbursement provisions in your clinical trial agreements;