Breaking News
Home / Medicine & Business / A New Way To Pay For Chemo: Docs Get a Lump Sum for Full Course

A New Way To Pay For Chemo: Docs Get a Lump Sum for Full Course 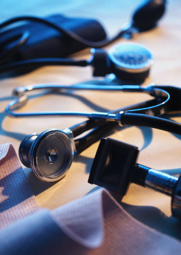 One of the nation’s largest health insurers said today it is testing a new way to pay for some cancer treatments, aiming to identify the best medicines – and limit profits doctors make by dispensing in-office chemotherapy drugs.

The action by UnitedHealthcare comes as insurers, employers and the government look to streamline costs by paying doctors and hospitals lump sums for an entire course of care, rather than a fee for each service provided.

Payment for chemotherapy has been particularly controversial. That’s because some doctors, including oncologists, buy drugs at wholesale prices, dispensing them by injection or infusion to patients in their offices. Then they charge insurers higher, retail prices.

A government report found that Medicare, for example, was reimbursing doctors at least $532 million more a year in 2000 than the doctors paid to purchase the medicines. In 2005, Medicare changed the way it pays for in-office drugs, ratcheting down payments to average sales price, plus six percent. A few private insurers followed suit.

United takes a different approach. Its program, now underway with five oncology practices in five states, pays physicians a lump sum for each patient’s total course of chemotherapy for breast, lung and colon cancer. The payment is based on regimens drawn up by the doctors themselves, plus a case management fee.

It is the first large foray into payment “bundling” for chemotherapy by a private insurer, although other insurers are testing the approach for hip and knee replacements, and Medicare will launch a program next year combining drugs and dialysis services. The new health overhaul law also calls for such payments.

The insurer aims to “separate oncologists’ income from their drug selection” and “start searching for the best practices and move to them,” says Dr. Lee Newcomer, United’s senior vice president for oncology.

The lump sum is based on what the insurer was paying the doctors under the old rules, so none is expected to lose money this year: “We’re drawing a line in the sand, keeping you at 2010 incomes,” says Newcomer. That sounds good to doctors who are say they are being squeezed by Medicare, and some private insurers that have adopted the same model.

Oncologists say the Medicare model cuts into revenue they need to provide services that are otherwise not paid for, such as counseling patients. Some doctors respond by selecting higher-cost drugs to boost revenues, sending some patients to hospitals for chemotherapy or closing their practices altogether.

Even though the United model essentially freezes payments, it may be a better approach, says Dr. Bruce Gould, medical director of Northwest Georgia Oncology in Marietta, Ga., one of the five participating practices.

“If I can maintain 2010 income for rest of my career, I would be happy with that,” says Gould. “Our incomes are being squeezed because everyone is looking at our spread on our drug margins and saying these oncologists are making money on these margins, yet no one is taking into account” the additional, unreimbursed, services provided by doctors.

In addition to Gould’s practice, United is running the program at practices with between 18 to 35 oncologists in Dayton, Ohio, Fort Worth, Texas, Kansas City, Mo., and Memphis, Tenn. If successful, it will be expanded to other practices and possibly other conditions, such as rheumatoid arthritis, for which expensive drugs are dispensed in doctor offices.

Doctors in the practices can add new drugs to their regimens if they choose, and United will reimburse doctors based on the actual sales price, with no profit built in. The payments cover only drugs that are given by injection or infusion in a doctor’s office. Oral drugs, which are a smaller, but growing, part of cancer treatment, are generally purchased by patients at pharmacies and doctors offices do not bill for those drugs.

Annually, the insurer says it will compare how well patients in the five practices do in terms of the number of emergency room visits they make, the side effects they experience – and which treatment regimens are best at fighting their type of cancer.

Those regimens are drawn up based on experience and clinical trial results, and may be adjusted based on annual reviews.

They “are not inferior treatments, but are the best-of-care treatments,” says Ray Page, president and director of research at the Center for Cancer and Blood Disorders in Fort Worth, another participating practice. No doctor is expected to stick with the regimen 100 percent of the time, allowing for flexibility based on a patient’s needs, desires and condition.

Patients are unlikely to notice the effects of the payment changes: United says their copayments for cancer care will not change.
The new payment model alters doctors’ financial incentives in deciding which drugs to use. For example, if doctors switch patients to oral treatments – for which they are not reimbursed money – they will not lose money.

Similarly, if patients decide they have had enough treatment, doctors will not lose money if patients stop treatment.

The American Society of Clinical Oncology says it will watch the program carefully, but initially considers it a “pretty clever idea” and something long worth exploring, “separating payment for what we do for patients, such as case management, exams, interacting with the patient … from the actual drugs,” says CEO Allen Lichter.

For one thing, the program will remove the mistaken perception that doctors choose the more expensive drug – regardless of its efficacy – to make more money, he says. It should also allow United and others to test whether the payment change actually results in changing what drugs doctors select for their patients.

The American Cancer Society Cancer Action Network says if the program is done right, it could improve patient care.

“In the long term, this is direction the system needs to go,” says Stephen Finan, senior director for policy. “We need to pay providers … so their incentives focus on best interests of patient.”

This article originally appeared in Kaiser Health News and is reprinted with permission.