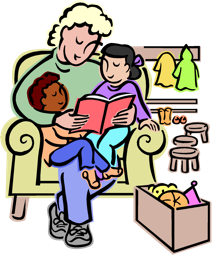 There is great educational value in having access to news and information — in moderation.  But media has become so all-encompassing that advertising, television, computers, texting, etc., have been shown to have negative effects on children.  So The American Academy of Pediatrics has released recommendations regarding children and substance abuse, as well as overall media education.

“Although parents, schools and the federal government are trying to get children and teenagers to ‘just say no’ to drugs, more than $25 billion worth of cigarette, alcohol and prescription drug advertising is effectively working to get them to ‘just say yes’ to smoking, drinking and other drugs,” wrote the policy’s authors. Every year, more than 400,000 people in the United States die from smoking-related illness, according to the policy statement. And, more than 100,000 deaths can be attributed to excessive alcohol consumption.

Regarding substance abuse, the AAP would like to see a ban on all tobacco ads and an end to smoking in movies. If characters are smoking, they shouldn’t be glamorized, the statement advises. Other recommendations include:

Substance abuse is not the only concern.  Overexposure to violent media — including movies, television, and video games — desensitizes kids to violence and can result in aggressive behavior.  The AAP endorses media education for children and recommends that physicians ask the following during each well visit: 1) How much entertainment per day is the child watching?  The AAP recommends no more than 2 hours.  2) Is there a TV or Internet access in the child’s bedroom?