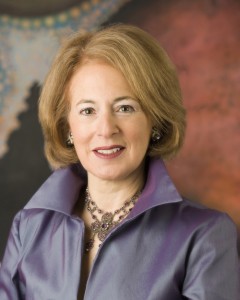 Americans are exposed to more preventable medical errors than patients in other industrialized nations. Each year, 1.7 million infections occur in U.S. hospitals, associated with upwards of 100,000 deaths. It is estimated that preventable errors cost the United States $17-$29 billion per year in healthcare expenses, lost worker productivity, and disability. And as healthcare expenditures grow at more than seven percent each year, patient safety is improving by no more than one percent per year.

Health and Human Services Secretary Kathleen Sebelius recently had the unhappy duty of reiterating these facts through the release of a new federal government report on patient safety.  The report reaffirms that patients in the United States are at the same risk of death and injury from hospital-acquired infections, medication errors and other safety lapses as they were a dozen years ago.  The tragedy is that a large majority of infections and patient injuries and deaths are preventable, usually through standardization of relatively simply procedures.

There was a time when patient injuries were considered to be unavoidable. But one after another, the causes of common health care errors have been identified, and effective preventive measures have been brought forward.  The Pittsburgh Regional Health Initiative (PRHI), a non-profit, multi-stakeholder regional healthcare improvement coalition founded in 1997, was in the vanguard of this work.  An early (2001) PRHI initiative with the Centers for Disease Control engaged more than 30 Pittsburgh-area hospitals in a joint effort to reduce central line-associated bloodstream (CLAB) infections.  By sharing information and standardizing procedures, CLABs were reduced by an average of 68%.  Several of the participating hospitals went on to use the Lean management principles advocated by PRHI (PRHI’s Perfecting Patient Care system) to achieve and sustain CLAB infection rates of virtually zero.

Since then, parallel projects have been conducted in southwestern Pennsylvania and around the country to demonstrate the feasibility of preventing other hospital-acquired infections, medication errors, pathology errors, wrong-site surgeries, patient misidentifications, patient falls and other common safety issues.

It is time to consider direct government intervention to make health care safer.  Government regulation alone won’t prevent tens of thousands of patient deaths and millions of preventable patient injuries. But it can certainly help.  In other areas – for instance, aviation, food, manufacturing — federal regulation has been the catalyst for quantum leaps in safety.  A common sense federal regulatory involvement in patient safety could produce results of the same magnitude.

The Institute for Safe Medication Practices (ISMP) lists hundreds of look-alike and sound-alike medications that cause frequent mix-ups resulting in deaths and injuries. Nevertheless, these problems often go unaddressed for years.  Actor Dennis Quaid’s two infant children nearly died in 2007 after being administered a look-alike adult dosage of heparin. The ensuing international publicity brought to light the fact that at least 250 other infants in the U.S. had already died or been seriously harmed by identical heparin overdoses.  Only after the uproar over the Quaid family’s ordeal was the look-alike packaging problem fixed.  If there had been a government agency authorized to order rapid remedial action in the face of a demonstrable threat posed by look-alike heparin packaging, hundreds of infants could have been spared from harm.  Instead, the ISMP problem medication list documents the inadequacy of voluntary action.

Similarly, compliance with safety checklists for surgeries has been proven to prevent wrong-site surgeries.  Nevertheless, these protocols are ignored daily in operating rooms across the country.  Two years ago, one of the most prominent teaching hospitals in New England acknowledged three instances in one year of wrong-site brain surgeries, each performed by a different neurosurgeon.  Notwithstanding the resultant furor, the same hospital was recently cited for another wrong-site surgery.

Closer to home, the Pennsylvania Patient Safety Authority is one of the foremost agencies of its kind in the country.  It performs an invaluable public service by tracking and reporting wrong-site surgeries in our state’s hospitals.  But from one year to the next, the annual reports of dozens of wrong-site surgeries in Pennsylvania show little or no change.  In other industries, government regulation assures compliance with proven safety protocols.  Airplane pilots must adhere to proven safety protocols and checklists, or face public and private penalties. A federal patient safety agency could hold all surgeons to equivalent standards.

In another area of patient safety, a simple step — standardized patient-identification – would yield important safety progress. Studies indicate that hospital patients’ wristband IDs contain potentially dangerous, inaccurate information as much as 5 percent of the time. Most of these inaccuracies do not cause serious patient injuries, but the opportunity for dangerous mistakes is present — ranging from inaccurate indications for drug allergies, to mix-ups due to hospitals using different wristband color codes to denote do-not-resuscitate orders. A single color-code system for all patient wristband identification would make patients demonstrably safer.

The Pittsburgh Regional Health Initiative concluded last year to endorse creation of a federal patient-safety agency.  Others have recently come to the same conclusion.  Dr. Peter Pronovost – a Johns Hopkins anesthesiologist and a top patient safety expert – is among those who believe that tens of thousands of lives and tens of billions of dollars could be saved by establishing and enforcing national patient safety standards.  He has proposed “a Securities and Exchange Commission type of federal agency” to collect and analyze data, and promulgate quality and safety regulations.

Martin Hatlie, president of the Partnership for Patient Safety says, “The question isn’t whether we need a federal patient safety agency in the United States.  Nor is it whether one will be established.  The issue is when.  How many more people have to be harmed, how many more families fractured by loss, before lawmakers address the national need to regulate effectively on behalf of all Americans?”

Rather than advocating a large, new federal agency with field offices and staff across the country, we believe an agency with a modest mandate and resources could have a substantial, positive effect.  Set up as an independent public organization or embedded within an existing federal office (such as the Agency for Healthcare Research and Quality), we envision a federal patient safety agency that would be authorized to concentrate on serious, recurring medical errors.  Its work would not require a national event reporting system because existing public and private patient-safety data (from the 20 states, federal agencies and private organizations that currently collect and analyze medical errors information) are an adequate resource for identifying the most serious, repetitive safety threats. Furthermore, this new agency wouldn’t require a new research budget.  As noted above, there is already a large body of clinical evidence that details causes and solutions for most common healthcare errors, and new research is being conducted continuously by other public agencies and private groups.

What is lacking – and needed – is a federal agency with authority to order immediate action in the face of an imminent threat.  For instance, ordering physical separation of look-alike medications on shelves would lessen the threat of medication errors (while manufacturers made expedited changes in confusing packaging or drug names).  As noted above, a national wristband color coding system would eliminate the opportunity for many serious errors.

Would such steps step eliminate all threats to patient safety overnight? No.  But by focusing attention on serious, recurring lapses that harm patients, a federal patient-safety agency could make a big difference for millions of patients.  The alternative, illustrated by more than a decade of, at best, marginal improvements in patient safety, is a continuing, needless waste of money and lives.